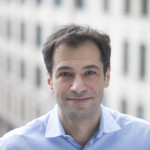 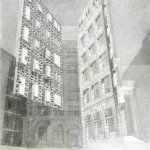 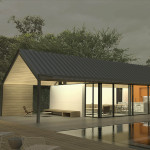 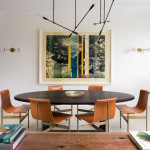 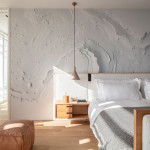 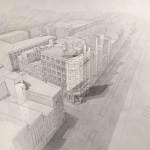 Since the firm’s inception in 2008, MATEI has been recognized for creating distinctive spaces that celebrate modernism, both in the United States and abroad. Its work is diverse in location, scale, and type, and unifies contemporary agendas with intricate cultural and historic settings.

The firm’s methodology explores and celebrates rigorous investigative practices focused on hand-drawn studies- not just as a form of art- but as conceptual investigative drawings meant to inform the design and clarify the concepts. Each project’s unique character is expressed through drawings that are original in their conceptual clarity and visual intensity.

The firm’s portfolio of works includes residential, commercial, and institutional projects. Recent projects include an office for Great Bowery, new retail concepts for Origins and Philosophy skincare brands, and an experimental educational center for Frolic. The studio has an extensive list of built residential projects throughout New York, as well as homes is Aspen, Boston, St. Petersburg, and Tel Aviv.

After graduation, he has worked with James Stewart Polshek Partnership (now Ennead Architects), and Hanrahan Meyers Architects. Notable projects he contributed to while at JSP include the planning of the Bill Clinton Presidential Library in Little Rock, Arkansas, and the addition to the Smith College School of Art in Northampton, Massachusetts. While at HMA, he completed the Schrom Studios in Long Island City, NY, and was a finalist with the office’s design for the Queens Museum of Art International Competition.

Corvin is the recipient of numerous international design awards, and his work has been featured in books such as Hand Drawn Worlds published by Jovis, Architectural Design Drawing by Wiley and Sons, and in various other publications, among them: InStyle Magazine, The Wall Street Journal, Interior Design Magazine, the New Yorker, Architectural Record, Vision, and many others.

Corvin Matei was born in Targu Mures, Romania, lived in Dallas before moving to New York City in 1996. He remains a proud Texan at heart.