Brought to you by: Committee On The Environment, Education 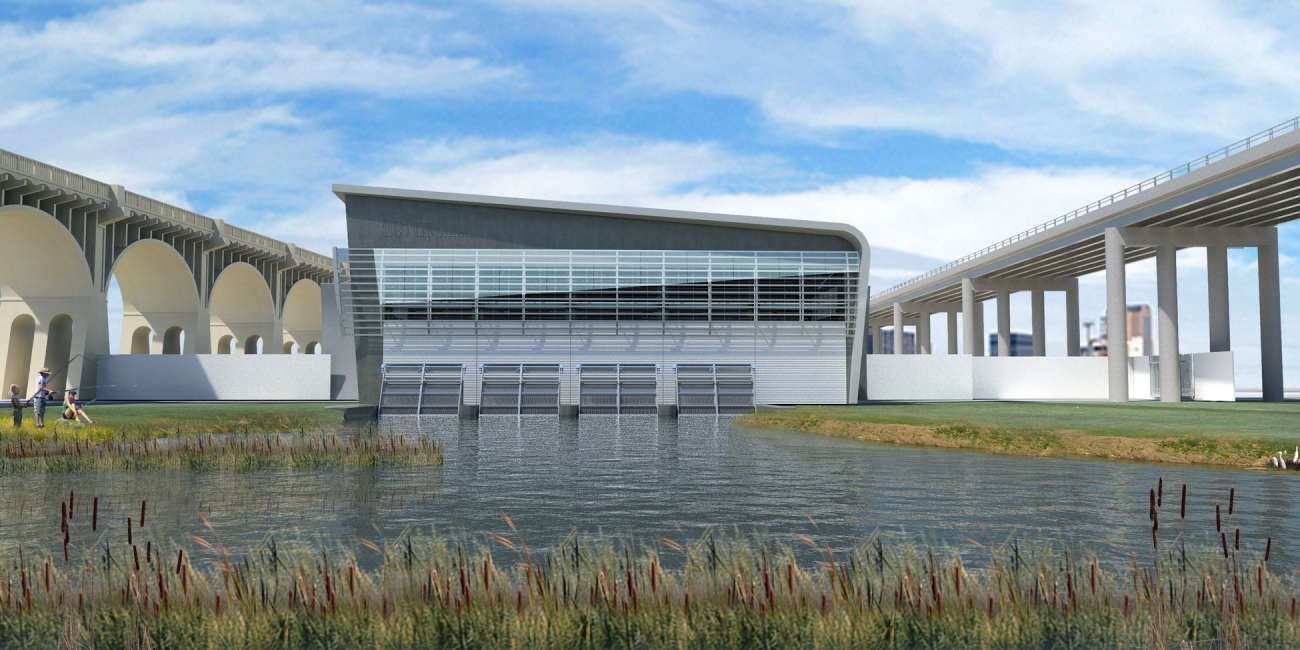 American Cities are faced with aging infrastructure such as bridges, streets, power transmission lines, and the stormwater systems. Large projects of this type take time to plan and implement. Stormwater infrastructure is not often as top-of-mind as other projects, but it is vital to the flood protection system in any city. These city-wide systems convey stormwater away from residential and business districts during heavy rains. Typically, the components include pump stations, flood warning gates, sump systems, and levees. Over the years through bond programs, Dallas is meeting the challenge and upgrading the storm water system under the Flood Protection component of the Trinity River Corridor Project and through Trinity Watershed Management. As the ninth largest city in the U.S., Dallas is always working ahead. Currently, one new pump station is underway, Able Pump Station, and it is scheduled for completion in 2019.

Dallas reassessed its storm water management system in 2005, after floods unleashed by Hurricane Katrina devastated New Orleans. The 2006 Bond Program, Proposition 2 provided funding for the design and construction of Flood Protection and Storm Drainage Facility projects. Currently, Dallas has six pump stations in the downtown Dallas area: Able (two existing and one under construction), Baker (The two existing stations were demolished as part of project and one new construction complete in 2019), Charlie, Delta, Hampton, and Pavaho.

1. Purpose of the Pump Station

The function of these stations is to pump the water that fills into the sumps on the dry side of the Dallas Levee System from storm drains and rain water and convey the water into the Dallas Floodway. A seventh pump station is planned in the future, and it will be built near the West Levee past Hampton Road close to the downtown area. Able's job is to prevent Dallas' central business district, the Interstate 30 canyon and surrounding areas from flooding, even in a Texas-size deluge.

Able — in the southwest corner of downtown, between the Houston Street and Jefferson Boulevard viaducts — is aptly named. When fully operational next fall, the station's four pumps will each be capable of pumping 220,000 gallons a minute (880,000 GPM) or 1.2 billion gallons per day. The facility will be able to churn out the volume of an Olympic-size swimming pool every 45 seconds and will have four times the pumping capacity of the two stations it will replace.

Able, at a cost of $69 million, is expected to lower the 100-year-flood flood plain along parts of Riverfront Boulevard by 4 feet, said Lonnie Geiger, senior engineer with the Dallas' Trinity Watershed Management.

Sirak Bahta, Trinity Watershed Management senior program engineer, investigated pump stations in The Netherlands, Scotland and France as part of the design-selection process. He and his team liked the concrete volute pumps, which had never before been used for flood control in America. "This is the best pump for us," Bahta said. The pumps are known for their durability and low maintenance. In France, the Dallas team saw the inner workings of a 15-year-old pump that showed little evidence of wear and tear, Bahta said. Traditional pumps need annual refurbishing. "With all that metal, they get kind of beat up with this kind of use," Geiger said. Flowserve Corp. of Irving manufactured Dallas' pumps with components made by suppliers around the world and assembled in The Netherlands. The concrete "volute" pumps originally were developed in The Netherlands to keep the North Sea at bay. The pumps get their names from the ornate, spiral shape of their concrete housing. The pumping action is created by a fan-like impeller that spins inside the base cavity. The design is ideal for moving large volumes of runoff water over the levy, into the Trinity and on its way to the Gulf of Mexico. "Pavaho was the first [concrete volute pump] used for storm water purposes in the U.S.," Geiger said. Everything about the Able pumps is on a grand scale. The electric motors and gear boxes are water-cooled. Each of the 3,000-horsepower electric motors that drive the big pumps must be started gingerly to prevent a sudden demand on the utility grid. Technicians monitor the storm-water situation around the clock. Rain water that drains into a collection area at each station is screened by a trash rack, a mechanized grate that snatches up all manner of debris, from trees to mattresses to routine street litter, before the storm water enters the pumps. "It's a constant process every time it rains," Geiger said. "Anything that can flow by water gets here."

4. How it fits into the larger Trinity Corridor re-development

Each of Dallas' new pump stations is designed for the specific watershed it serves. Every design is tested with a working one-tenth scale model.

Able Pump Station originally had two stations serving the Central Business District Community. Small Able was originally built in 1932 and Large Able was built in 1954. The current capacity of those pump stations was 220,000 Gallons Per Minute (GPM). The new $69 million Able Pump Station is under construction along Riverfront Blvd. The station will feature concrete volute pumps, the same as are installed in Pavaho Pump Station and Baker No. 3. The station's pumping capacity will exceed 800,000 GPM when it is complete in 2019. The $43 million Baker Pump Station — the Dallas pumps were named using the Army's World War II phonetic alphabet, Able, Baker, Charlie, etc. Baker can pump 700,000 gallons a minute, or about an Olympic-size pool every 56 seconds. The $27 million Pavaho Pump Station on Canada Drive has three concrete pumps and a 375,000-gpm capacity. Pavaho, which has been operating for five years, can drain an Olympic-size pool in less than two minutes.

Size doesn't matter with many things. Flood control isn't one of them. "It's for when you want to move a lot of water quick," Geiger said. "We don't want to move a lot of water over a 24-hour period, or a month, or a week with it constantly running. We're trying to get a lot of water out quick." "It's almost like dropping a straw into a malt jar and you suck it up. ... You can see it go down," said Rick McRay, Trinity Watershed Management senior program manager. "That's how much difference there is."

Come join COTE as they tour the Able Pump Station and learn more about the operational features, some never before used in the America, and the sustainable features of the facility.  All attendees must have proper PPE gear: boots/hard shoes, hard hat, protective eyewear, and safety vest.

Hank Green, III, AIA
Hank is a registered architect with over 37 years of professional experience in design, construction oversight, construction management, and building condition assessment. He has the ability to lead team members to workable solutions in problem-solving during the design phase of a project through completion - derived from a background of hands-on experience involving municipal, commercial, telecommunications, educational, federal, multi-family, and resort facilities. Hank’s experience has included the coordination and preparation of construction documents from schematic design to bidding, construction administration, final completion and close-out.