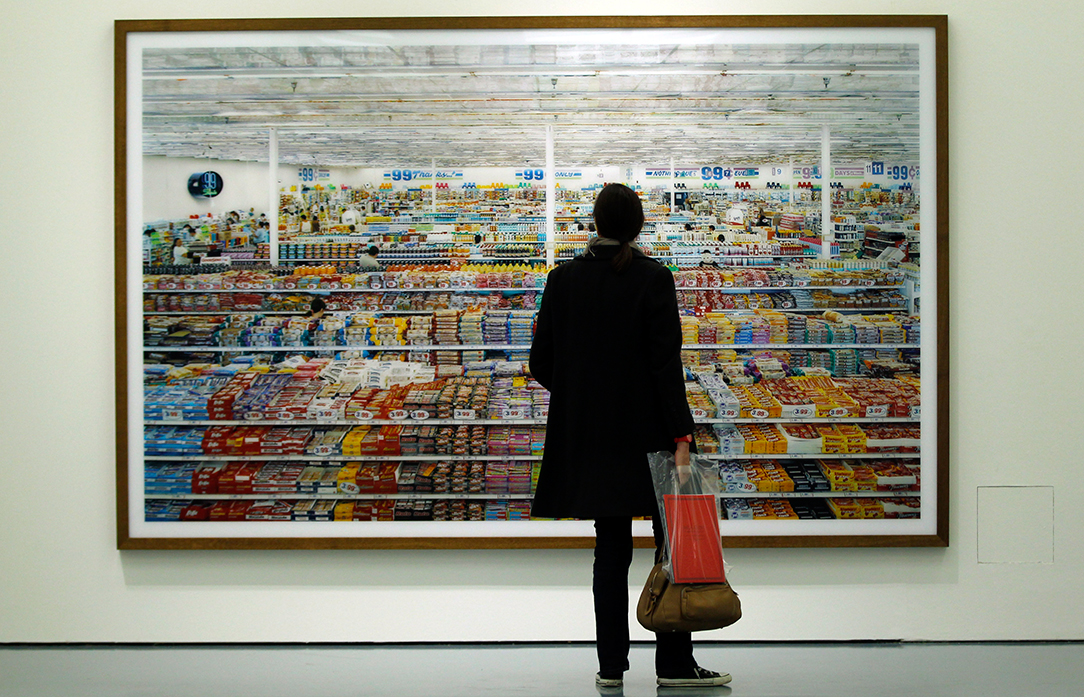 Youth and the City

Youth and the City: The Place of Availabilities

The understanding of the recent movement of youth into urban situations to both live and work is obviously tied to a much deeper cultural phenomenon and not simply politics, real estate, and market trend analysis. The history of cities and, in fact, human existence informs this recent behavior in many clear ways.

A large part of this migration is tied to the history of commerce and to the creation of the Internet. One might argue that the data simply reflects the ancient lure of the city as a repository of choice and excitement for youth from a less dense situation—the bright lights, big city syndrome.

On Youth and Beauty

Our existence is given to a cycle—a life cycle—which moves from birth to youth to maturity to death and decay and back to birth. The seasons of our perceived year correspond to the same cycle, reflected by spring, summer, fall, and winter, progressing again into spring. The death of one thing is followed by the birth of another. All living entities follow this cycle.

Nature has no idea of waste and so decay becomes the rich nutrients required for a new birth. Our need for re-cycling is due to our lack of regard for the cycle in the first place. All phases of this cycle are equal in value and importance, however, that of youth takes our attention much of the time.

Our cultural obsession with youth is profound, although other civilizations have been driven by the accrual of wisdom and experience or other manifestations of beauty in our existence, arguably more refined. Subtleties and quiet understatement have been held in higher regard as have been the effects of aging on both materials and the human body itself. The Inca held surface or cosmetic beauty as secondary in every way to that of the underlying essence of a thing. The Japanese have designed for millennia with an exponentially larger timeframe as reference. That is, weathering and the marks of time—especially great lengths of time—were considered to be a true beauty and was not to be confused with the momentary flourish of virgin newness.

“New and improved” are the marketing strategies our culture knows so well. The requirements of a capitalistic and product-driven economy vest this idea of refinement and progress in every aspect of our either/or mental framework. New is better. Best is stripped of all meaning. Much is lost in this anemic conception of things, this over-emphasis on the young; yet it seems human nature.

The city as an artifact allows for many such marriages of the physical and the conceptual, of fabric and idea, hardware and software. The apparent influx of youth to the urban realm can be understood in one way as a movement towards a place of visual and experiential intensity, towards rich involvement and saturation.

It is no small irony that the same saturation is achievable in the open landscape if one’s sensibilities were attuned to the nuances of such a field, though this is apparently not the tuning of the majority of our culture. Open any issue of a current art magazine to see that complication and saturation are infused in the landscape of ideas at this moment in time. 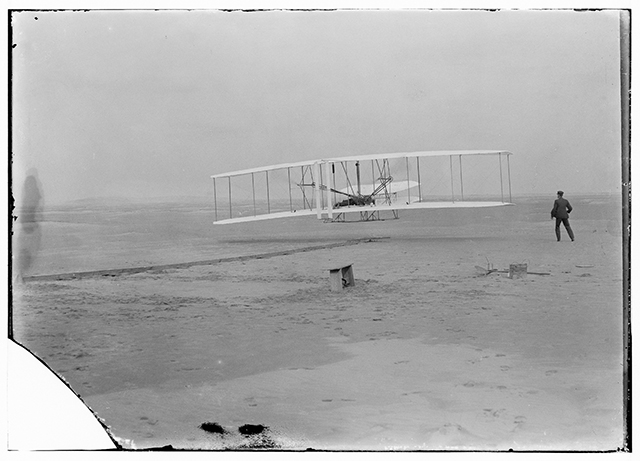 History, Histories, and a World View

Over the course of human existence, the invention of language and writing is actually a fairly recent activity. The transmission of information from one civilization to another for millennia relied upon word-of-mouth and parable, many times in the form of song. Homer’s “Iliad,” for example, was originally a form of poem/song as epic narrative dated currently by language analysis to 750 B.C. The story it tells occurred 400 years earlier in the Late Bronze Age. The accrual of such stories—therefore ideas and knowledge—took place slowly over time and much was lost in translation or transposition of detail.

Our concept of history is predicated upon this accretion and the resultant record. The physical form of such records—cut bone, ancient Chinese markings on turtle shells and wood strips to clay tablets to papyrus to books to the digital file—have traced the story of our existence and allowed for the growth and proliferation of our species. Problems solved in one century may relate to problems in another, at very least by analogy. Teaching and pedagogy derive from this need to learn and pass on to others our cumulative knowledge and wisdom.

The developments of the past century have greatly enhanced this ability to record and hold information. The invention of photography, first thought to be in competition in some way with painting, has given new voice to the visual aspects of time and place. Individual moments can be captured now and held over time. Like any artifact, the passage of time causes the context to erode in ways that render part or all of the initial meaning of a photograph or painting to be lost. 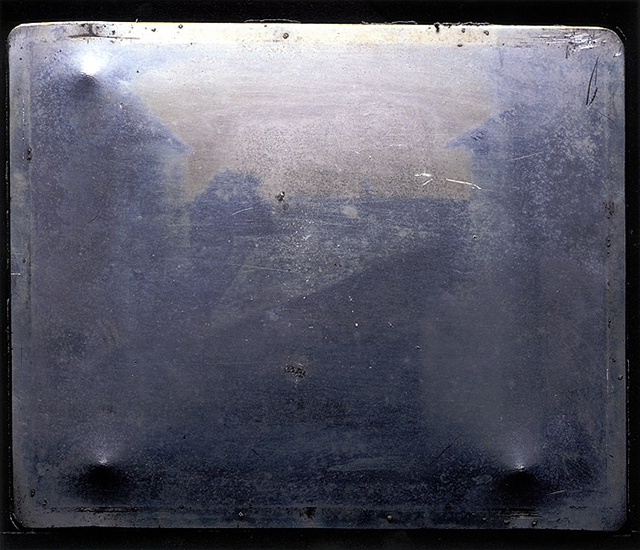 Nonetheless, the capture of time in this way and the ability to hold it and compare with another time is significant and affective. A work such as Nicholas Nixon’s ongoing annual black and white photograph of his wife and her sisters for the past 40 years shows clearly just how much can be felt in the juxtaposition of such images. Film, as a series of such moments given form in time, has become a new vehicle for the transmission, but perhaps more importantly the distillation, interpretation, and understanding of our existence.

All of this has been put in the last few decades into the hands of the public by the continued (and exponentially accelerating) creation of the tools which binary thought and the computer have made available. For the first time in our history, individuals can access staggering quantities of such data and knowledge and begin to assimilate it for infinite purposes. The exposure to such a wealth of information is both compelling and addicting. Entire centuries can be juxtaposed against each other for understanding, and almost 200 years of photographs now lend their record to the human archive. Information informs form.

In a March 1971 interview with cultural journalist Howard Smith[i], Buckminster Fuller referred with respect to the city as an artifact where “there are always a whole lot of angles of evolution going on.” He lamented the oversimplification and ramifications of zoning as the categorical separation of life from work, of living place from workplace, of work from life. Believing that the city as a human construct was “pretty much obsolete,” Fuller limned quickly the history of labor and products within Western civilization, noting the migration of physical goods first into the city from farms and countryside for distribution and then the reversal—with ideas as product taking the place in the empty fabric intended originally for manufacturing and storage (think artists in Soho warehouse loft space).

At almost 50 years later, one might posit that this vesting of thought has been not only the evolution of capitalism and the market, but also as a move towards a kind of friction of exposure to ideas, towards an even greater intensity of experience. When Louis Kahn spoke of the city as “the place of availabilities” and “…a place where a small boy, as he walks through it, may see something that will tell him what he wants to do his whole life,[ii]” this is what he was describing.

In this same five decades the personal computer and the Internet as network have in effect become the world’s market—think of eBay as the world’s flea market or Amazon as the dry goods store—and the virtually immediate access to these goods. Search engines, algorithms, and metadata allow unprecedented collapse of the time previously required to find a particular product. The physical location of such material or the desired goods is almost made irrelevant as a person in even a remote area can acquire an item from almost any location in the world and have it delivered to them in a few days, conflating the idea of acquisition in a way that was inconceivable only a few years ago.

All of this—the enticements of youth, beauty, and saturation of experience, coupled with the realignment of built fabric with a new purpose—come together to define the situation in which the immediacy of the ephemeral is grounded in the obdurate and renews our attention to the authentic and real. Both are timeless, as are youth in search of engagement with life in some way.

Mark Gunderson, AIA is a Fort Worth architect.

[ii] Louis I. Kahn, quoted in John Lobell, Between Silence and Light: Spirit in the Architecture of Louis I. Kahn. Shambhala Publications, Boston, 1985, p 44.

Top photo: A journalist looks at the artwork "99 Cent" by Andreas Gursky during a media preview of an exhibition at the Museum Kunstpalast in Duesseldorf September 20, 2012. The "Andreas Gursky" exhibition featured some 60 works by the German photographer before closing in 2013. Photo credit: Reuters/Ina Fassbender