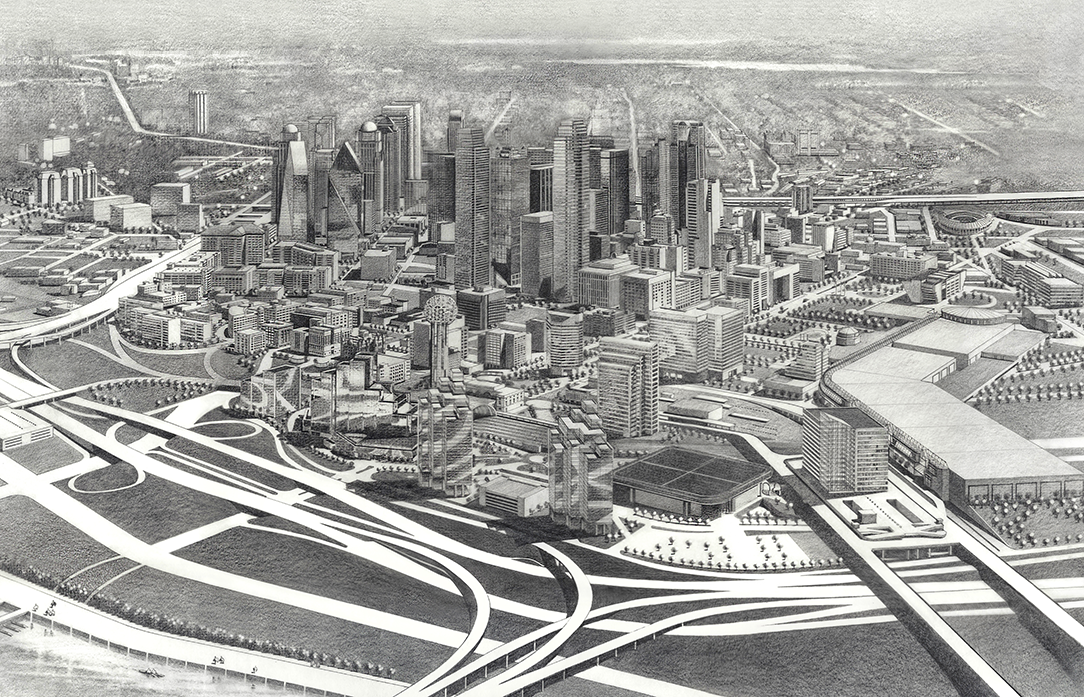 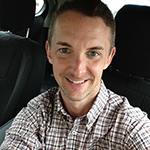 At his 1953 inauguration, Dallas Mayor R.L. Thornton is quoted as saying that Dallas’ motto should be “Keep the dirt flying!” Apt for most of the city’s building booms beginning in the 1940s, the slogan was especially true as downtown was transformed from the 1960s through the 1980s. Fueled by the oil industry and a successful real estate market, the 1980s were particularly busy—with announcement after announcement and plan after plan for gigantic complexes and skyscrapers. Construction during that decade resulted in around 15 million square feet of office space, almost equal to the size of downtown Detroit.

Nonetheless, the subsequent oil and real estate busts squashed many planned projects. With large swaths of downtown already cleared, its decline was hastened by the lots left vacant by speculative developers. Today, with both downtown and uptown experiencing expansive growth, developments are better vetted before they are approved, ensuring completion and helping to secure a healthier tenant mix.

Following are some of the interesting concepts that came—and went—before they were ever built.

An ambitious new civic center plan between Akard and Harwood streets was unveiled in 1946. The facility was to include a new city hall, a library, and government and cultural facilities. Despite some land purchases, this plan was rejected by voters in a special bond election and the property was sold back to private owners. Ironically, in 1964, this location was again looked at for a new Dallas City Hall, but was passed over due to high land values.

In 1946, Rogers Lacy, a wealthy East Texas oilman, commissioned Frank Lloyd Wright to design an 826- room hotel, with a 12-story atrium, on an entire city block on Commerce Street across from Neiman Marcus. The soaring glass tower, covered with diamond-shaped glass panels that would glow at night, presaged the now ubiquitous atrium design made popular several decades later by architect John Portman. What would have been Wright’s tallest structure, was dropped when Lacy died unexpectedly in December 1947.

First conceptualized in 1968, Two Main Place and Three Main Place were to join One Main Place at the intersection of Main and Griffin streets. Despite years of infrastructure projects to prepare for the massive project (including street abandonment, street alignment, and property acquirement), the failure of One Main Place led to the cancellation of the proposed 45-story tower and hotel connected by an underground complex.

In 1969, Griffin Square was announced to the public. It was to be a 32-acre mixed-use development at Young and Griffin streets adjacent to the Dallas Convention Center. The plans called for a 60-story building and a 913-foot-high circular concrete office and hotel tower. The tower’s observation deck would have exceeded the height of the Eiffel Tower by one foot. Designed by Dallas architectural firm Pratt, Box, Henderson & Partners, the project stalled after the hotel developer withdrew support. A much shorter hotel was proposed for the site several years later, but ultimately those plans fell through and the acreage was divided up with the main site given to the city as Pioneer Park.

Skidmore, Owings, and Merrill released plans for a new headquarters for Republic Bank in 1985. It was to be a 60-story tower, located at Saint Paul and Live Oak streets on the eastern end of downtown. The project faded as Republic Bank faced a series of bank mergers in the late 1980s. The earlier two Republic Bank headquarters still stand downtown and have been both adaptively re-used to provide housing.

Phase two of the 1981 Dallas Main Center project was to include another 72-story office tower to complement the recently completed Bank of America tower located on the opposite corner of Main and Griffin streets. This tower, though, was to be sheathed in gold and silver glass and was to include another office tower and a 16-story hotel in a third phase. The additional plans were scuttled due to the unfavorable oil and real estate markets.

The single iconic Fountain Place skyscraper that graces the downtown skyline was originally planned to be two 60-story office towers that faced each other at the corner of Field and Munger streets. I.M. Pei & Associates created the design documents, assuming that there would be a second tower covered in the same shimmering green glass, but turned at a 90-degree angle from the first tower. Again, the oil and real estate downturn was the cause.

An ambitious scheme was devised to build a massive complex of skyscrapers and parking garages for the block bounded by Ross, Ervay, San Jacinto and Saint Paul streets. KPF provided the designs, which were intended to compliment the neighboring Lincoln Plaza tower. In the end, by 1983, only a parking garage was constructed.

Today, the KPMG Plaza at Hall Arts is situated at Ross Avenue and Crockett, Flora, and Leonard streets. However, in 1984 the site was slated to house two 50-story, 1.1 million-square-foot office towers. Due to a lack of tenants to justify the overall project, a seven-story underground parking garage was the only component constructed. This garage provided parking for the burgeoning Dallas Arts District until the recent construction used the footings for the tower that was never realized.

Cityplace Center: The Dream, The Reality

In the mid-1980s, 42-story twin towers connected by a sky bridge were planned over Central Expressway. However, only the East Tower was built before financial issues hit the original owner, Southland Corporation. Parts of the stone work that were to be used for the West Tower cladding was repurposed for construction of the nearby Freedman’s Cemetery memorial. Other amenities to be included in the Cityplace Center master plan were office towers, retail, and living units clustered around a small lake. While only the East Tower and adjoining shopping center were ultimately developed, the rest of the district has slowly filled in with the highly successful mixed-use West Village project that is serviced by the DART subway line and the McKinney Avenue trolley.

Multiple iterations of the Reunion Complex, begun in the 1970s on the far west side of downtown, included a concrete-clad Reunion Tower and Hyatt Regency hotel, additional office towers, Reunion Arena, and a futuristic connection to the historic Union Station that bridged the railroad tracks. Aside from the glass covered Hyatt Regency and Reunion Tower, completed in 1978 and Reunion Arena, finished in 1980, the other proposed work was never completed due to economics.

Times change, plans change, and financing comes and goes, but today, downtown Dallas has not only become an iconic major city center, but it continues to see abundant growth and expansion. Many of the grand plans of the past lie in archives while new, inventive ideas continue to mold a district that makes Dallas proud.

Mark Doty is the Historic Preservation Officer for the City of Dallas and author of Lost Dallas. Steve Brown of The Dallas Morning News and Greg Brown, Hon. AIA Dallas of the Dallas Center for Architecture also contributed to the article.