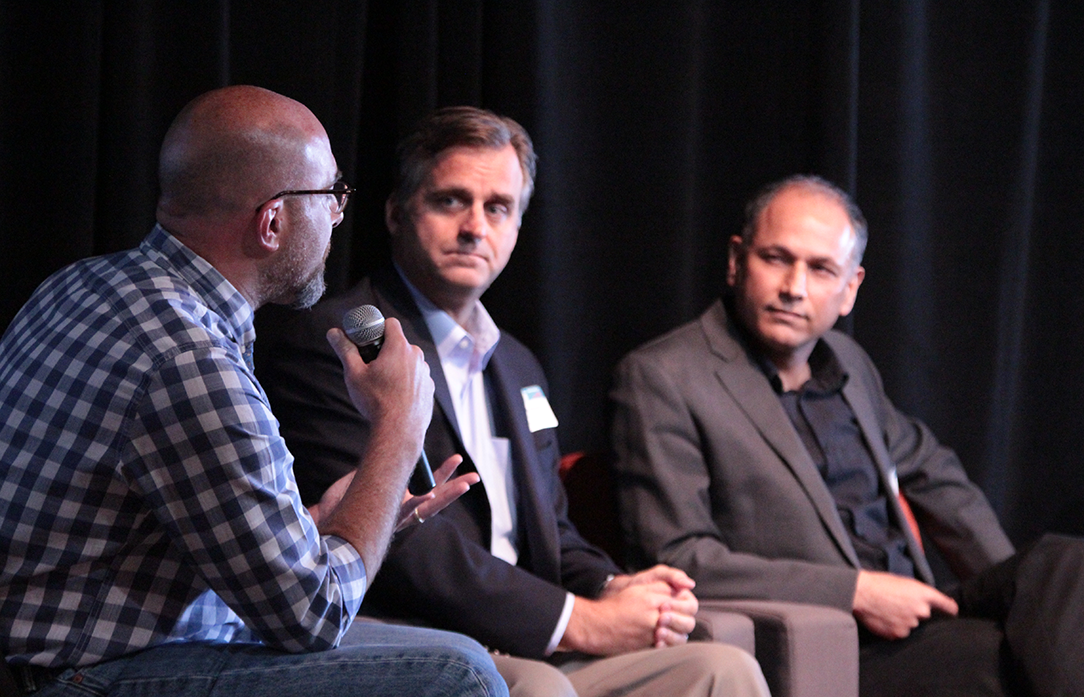 What a great summary of last year's summit! Thank you for this terrific composition of photos and session discussions/quotes! When was this published? Plans are underway for another this September 16, 2016. I hope the two of you will attend again and devote a similar effort to make this important subject matter available to many more. Kudos to you both Mia and Cindy! Very well done!

About 6 years ago: Cindy S.

Thank you! This was published in January for the Winter Issue of Columns. Looking forward to the next Summit!

“Dallas, to no small degree, is still deciding what kind of place it wants to be.” During his introduction to the 2015 Urban Summit last fall, The Dallas Morning News Editor Mike Wilson, a newcomer to the region, mused on the region’s “air of possibility.” His introduction was followed by a keynote from the Urban Land Institute’s Ed McMahon, who was quick to stress the inevitability of growth and change for Dallas’ neighborhoods.

It seems clear that the recent construction boom in Dallas has reinvigorated the urban environment and shone a light on key development conflicts that exist within the city. While developers continue to push for larger and supposedly more profitable projects, it is actually smaller projects—from temporary pop-ups to neighborhood revitalization and infill efforts—that can bring the best return on investment. They also have the most immediate impact, both economically and emotionally, on a community.

The summit brought 189 architects, developers, planners, politicians, and interested residents together in a dialogue about what kind of city Dallas wants to be and how it should go about getting there. Each added varied experiences and perspectives to the discussion.

This is not a brand-new discussion, but it is increasingly prominent. The Transportation Summit hinted at many of the same topics, focusing on transportation alternatives that would help connect citizens and build a stronger, more diverse city. Organizers from AIA Dallas, the Dallas Center for Architecture, Downtown Dallas Inc., the Greater Dallas Planning Council, The Real Estate Council, ULI North Texas, and the University of Texas at Arlington College of Architecture, Planning, and Public Affairs (CAPPA) sought to expand on this dialogue for last fall’s summit, bringing together key thinkers in community and neighborhood-building.

The summit “was envisioned to bring disparate perspectives together to begin a dialogue about how we, at the grassroots level, will impact the future of Dallas development, one project at a time,” said Bob Bullis, AIA, the 2015 AIA Dallas president. “As architects, we must focus not just on the buildings we build, but on our city as a whole.”

Attendees and participants alike were thrilled with the diverse discussions that defined the summit. “It wasn’t just about architecture, yet it was all about design,” said Ted Kollaja, AIA, a principal at Gensler who attended. “It was very encouraging to see such a diverse group of stakeholders coming together to talk about how we build better neighborhoods.”

Columns offers the following perspectives from a few presenters and panelists to summarize key trends and conversations from the Urban Summit.

Contributed by Mia Ovcina, AIA, with DSGN and Cindy Smith, AIA, with Gensler 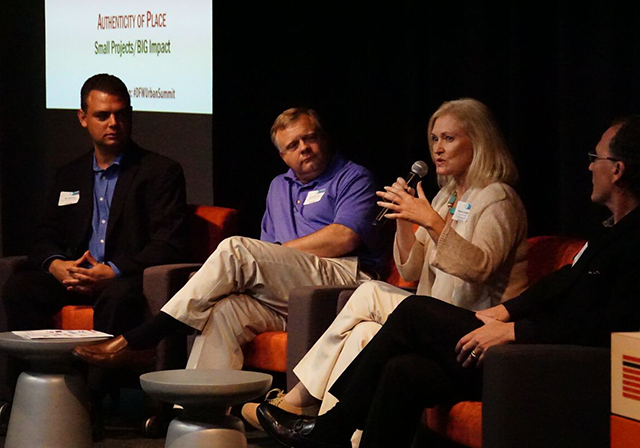 Dallas is known for everything being bigger. The city identifies with iconic bridges, large developments, and endless highways. The smaller neighborhoods and quiet voices often go unnoticed. There is little mention that those smaller neighborhoods actually make up the bulk of Dallas. In the southern sector, many of those neighborhoods have been declining for decades. They have seen the exodus of affluent residents, closing of businesses, and shuttering of schools. As the property values have decreased below the cost of new construction, it has become economically infeasible to rebuild the community. Currently the southern sector contributes only 15% to the Dallas tax base. Rebuilding the communities of southern Dallas is the key to maintaining a robust economy and attracting the middle class that is currently choosing to live in the suburbs.

It will not be the large architectural achievements or the sweeping civic gestures that will change the future of southern Dallas. Those things can define a city, but they don’t create a community. It will be the corner stores and ethnic restaurants that bring commerce and convenience back into the neighborhoods, provide jobs, and enable prosperity. Those unassuming businesses are the tangible evidence of the owners’ hopes and dreams. It is that authentic voice that provides a sense of place and attracts newcomers to join the conversation.

In every neglected neighborhood in southern Dallas there are residents who love their neighborhood and choose not to leave. They have the ability and the desire to start the businesses that are lacking and they long to see their community return to prosperity. It is our job to be innovative in the face of market forces to allow and support those small projects to be built and to succeed. These communities know who they are and they know what they need. They need partners to bring the resources to support them in creating their own future.

Decades of master planning by experts from elsewhere have been expensive and counterproductive. The city shelves are crammed with pretty pictures superimposed on aerial site plans and elevations of buildings never built. A new type of developer is required who is willing to engage and to play a role as partner. It’s time to be still and listen to the quiet voices in the neighborhoods and then support them in building their own future.

Maria Loveland Schneider is a real estate developer, construction science consultant, and a registered builder/remodeler in the state of Texas. She joined panelists for the "Small Projects/Big Impact" seminar.

The future (archaeological) study of our current built environments would identify perhaps the most efficient and regulated land development practices in human history, while also uncovering a general lack of urban form and clarity in community. Today's usual development effort simply generates products to be consumed for economic purposes alone. It does not focus on engendering a sense of authenticity through attention to the quality of the place being created, strategic programming to elevate the community experience, and design finesse that leads to unique identity in its particular location.

The irony of this approach is that it ultimately fails to accomplish the economic purpose it originally intended, as it has been shown to lead to long-term decline in value, regardless of its initial cost. (I refer to ample literature on the long-term effects of suburban sprawl.) Alternatively over the past 25 years, we have found that development efforts centered on the creation of great places can lead to long-term success in experiential, social, and economic terms for the private investor and larger community alike.

The key to this process is not necessarily the developer, but a spirit of creativity, communication, and collaboration between the developer, the management and marketing team, and city staff. By encouraging this spirit to occur in the up-front visioning of a project, and combining it with a sophisticated understanding of market and project economics, the team sets the tone for a truly successful development to be completed. And as more and more such successes come forth, the more formulaic aspect of the real estate industry is swayed to fuel the creation of community rather than commodity.

Another key component of urban development is education. Our study of long-term housing stability shows that the quality of education and format of the schools within neighborhoods is fundamental to the long-term success of the collective community. Master-planned-community developers understand this, and regularly create sophisticated partnerships with outlying school districts to create neighborhood-scaled blue-ribbon schools to successfully attract new residents to their exurban locations.

If such a sophisticated understanding of the connection between real estate and schools were applied to the scale of the city, the outcome would be nationally recognized. Imagine if Dallas was known as the city with the best, safest, and most neighborhood-based schools in the nation. If quality housing often follows strong schools, retail and entertainment generally follows quality housing, and employment follows both, Dallas would become an international model for quality and sustaining reinvestment.

Paris Rutherford is principal of Catalyst Urban Development, Dallas, which focuses on unrealized market potential of communities through transit-oriented and mixed-use development. He participated in the "Intentional Connections: Neighborhoods + Design" seminar.

Have a Business Plan 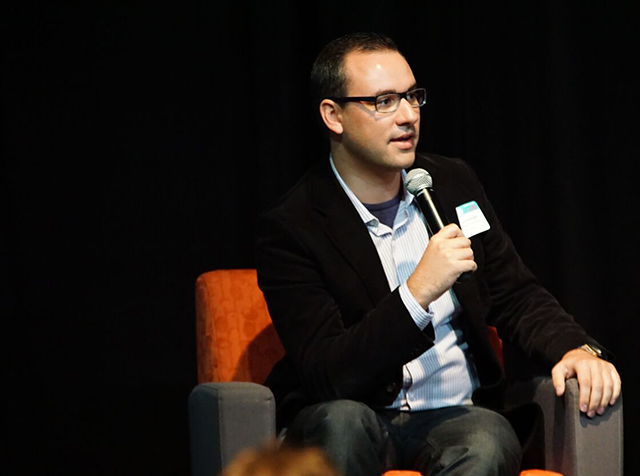 A major outcome of the Dallas Urban Summit was the key strategy for cities and neighborhoods to structure their vision in a significant way in order for the vision to accomplish the various elements that drive neighborhood reinvestment:

Neighborhoods must assemble a business plan that focuses not only on creating a strong vision and market conditions, but also on how projects are implemented, funded, activated, and governed for the long term. A vision plan, like a zoning code, is a tool used to formulate how things should be organized. Implementation and action items set the path for next steps and assign the key partners for realizing the steps under the established vision. Funding options become evident and are aligned with partner opportunities that feed into the action items over time. Activation is consistently explored in various ways throughout the visioning process, but setting the stage for how and when the activation should move forward is a key to creating the buzz. Finally, the governance of the plan is a means to actively maintain that buzz and continue to generate funding.

Getting to the point where all of the business plan elements are covered is not an easy process. A focus on the place’s uniqueness and cultural history while the community vision is being aligned will help the neighborhood (or city) know where to focus. It is important to allow for flexibility and the integration of options for things that may seem improbable in the present day (e.g. parking garages). A city or neighborhood cannot assume that something will not work unless it has been proven to not work. Any studies or management opportunities should be operated at the neighborhood level, rather than individual projects (i.e. traffic impact, storm-water retention/detention, parking management, and others). Realizing these elements will not only help formulate a solid plan of action for the tasks to do now, but will help maintain guidance for the future.

Overall, this focus can be initiated in various Dallas neighborhoods. Areas like Dallas Farmers Market are already actively approaching this effort, and numerous outlying suburban neighborhoods in the metroplex have successfully implemented a business plan focus to placemaking. Dallas neighborhoods can achieve this same success—however they define it appropriately—and set a vision focused on the outcomes discussed previously, but they need to have a plan that will get it done.

Brad Lonberger is a principal with Gateway Planning Group, Dallas, a town design firm focused on value-creation development through market-based design strategies. He spoke at the Urban Summit's "Struggles with Success" seminar.