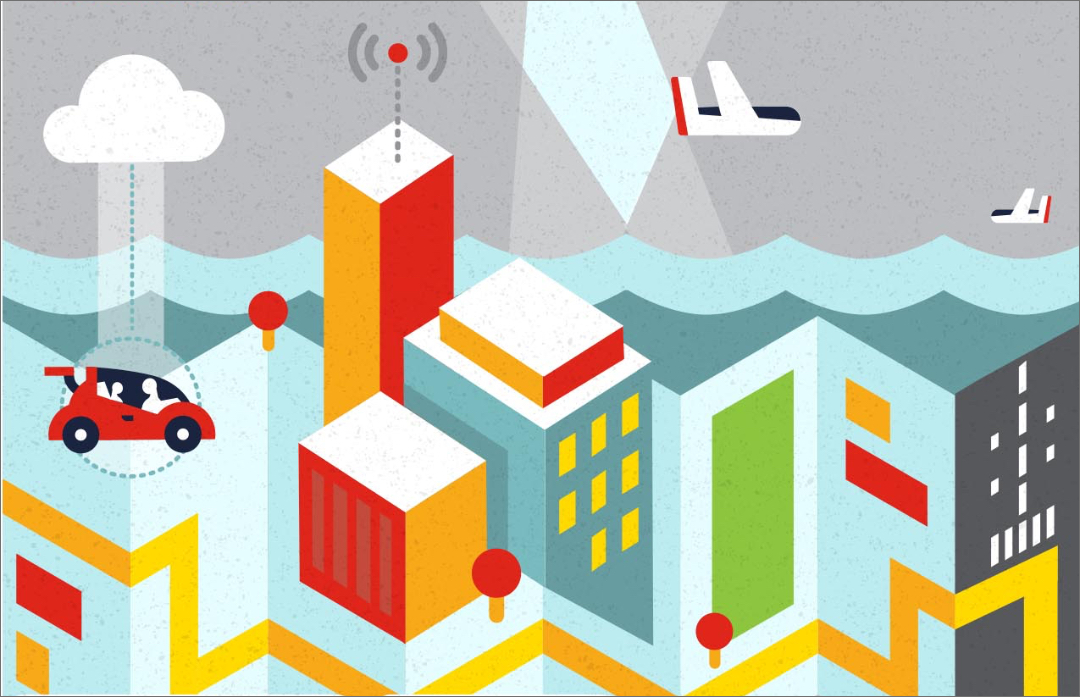 Contributed by:
Joseph A. Pobiner

Why is Dallas here, how did we get this way, and where are we going? In short, why is Dallas?

Most cities had something that sparked their reason for being — a coastline, a port, a railhead, a tactical military outpost. Dallas had none of those. Wikipedia’s first paragraph about Dallas notes it is the “largest inland metropolitan area in the U.S. that lacks any navigable link to the sea.” And don’t even ask about how Dallas got its name — there’s no agreement.

Regardless, Dallas thrived. By 1900, it was the world’s largest inland cotton market, eventually becoming a center of commerce. Today, Dallas is the ninth largest U.S. city and Dallas-Fort Worth is the nation’s fourth-largest metropolitan area, poised to eclipse Chicago for the No. 3 spot in the next few years.

So what shaped Dallas? It boils down to three mega form-givers— the Trinity River, commerce, and infrastructure.

The Trinity: order out of chaos

Disasters often shape cities. Chicago had its fire, San Francisco had its earthquake, and Dallas had its Great Flood. In May 1908, 15 inches of rain fell in a single day, causing the Trinity River to breach its banks as it reached historic flood levels. Almost 6% of the city population was affected, thousands fled their homes, and five people died.

We’ve had a complicated relationship with the Trinity ever since. 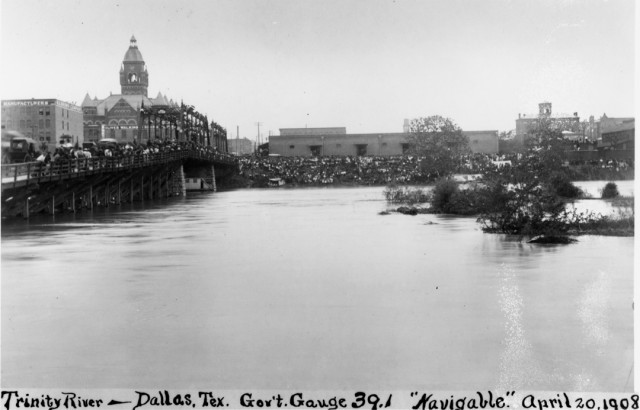 An April 8, 1908, photo shows the Trinity River overflowing its bank a month before the Great Flood. (courtesy of the Oak Cliff Advocate)

To prevent future catastrophic flooding, Dallas did what it usually does — hire a consultant. In this case, city leaders turned to George Kessler, a Kansas City landscape architect and former Dallas resident, to develop one of the nation’s earliest comprehensive city plans. (One of his recommendations was a small “town lake” to contain future flooding.) By the 1930s, construction began on the now-familiar Trinity River levee system; many descendants of those workers still live in the Trinity Groves area. While its intent was noble, it also created a wide scar between neighborhoods — a chasm of empty space blocked by 29- to 32-foot-tall levees that literally “broke” the river. More than a century after the Great Flood, the city is working to repair this scar so that the Trinity River’s potential may finally be realized.

Commerce lives in Dallas — we even named a downtown street after it.

The region’s agricultural, cotton, and cattle industries leveraged early business developments including Neiman Marcus, Sanger Brothers, and Highland Park Village. Although we didn’t strike oil here, we became a hub for oil companies that were popping up throughout East and West Texas. Eventually, Dallas led the development of technology industries with Collins Radio, Texas Instruments, and other telecom and technology firms (yes, not all were within the Dallas city limits). In 2008, AT&T made the decision to move its corporate headquarters to the appropriately named Commerce Street. 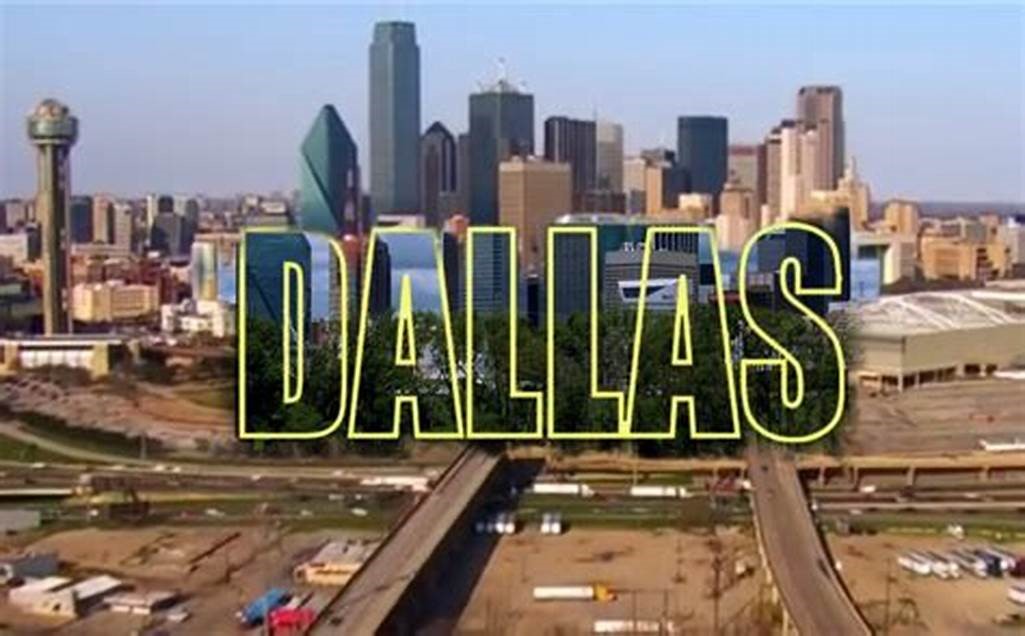 Over time, the city’s business-friendly reputation yielded numerous business leaders and developers who served on City Council. And who can forget the television show "Dallas," which introduced the world to a fictitious cut-throat oilman and featured Dallas icons such as the Hyatt Reunion and Reunion Tower in its opening shots?

Without the businesses that made Dallas, the city may not have grown in the fashion it has.

Infrastructure quietly formed the city as we know it. The development of the street network at the same time as underground water, sanitary sewer, storm drainage, gas, and electric lines gave rise to the familiar neighborhoods throughout Dallas. Many are also served by an intricate network of alleys, where utilities and services were often located.

A wise civil engineer once explained the city’s approach to infrastructure and development: Look around and you will see that much of the core of Dallas is a series of neighborhoods laid out on a one-square-mile grid. Every mile or so in each direction, there is a major east-west or north-south road — think North Dallas with Preston Road, Walnut Hill Lane, and Forest Lane. 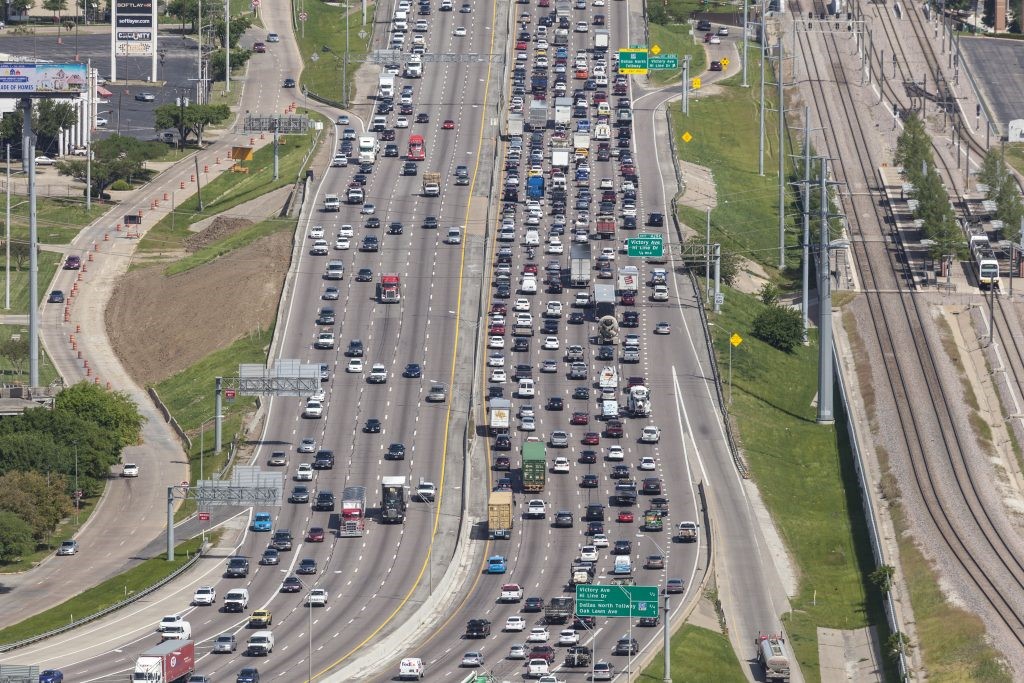 This one-mile spacing was no accident. The engineer posited that the one-mile grid was the ideal distance for water transmission and sewer collection mains. And since these are usually located beneath roadways, voila, you have Dallas’ neighborhood grid. Of course, there are areas with sweeping curvilinear streets and some organically shaped blocks. But at the heart of Dallas are still the rectangular blocks on a mile-grid pattern.

As North Dallas and its suburbs grew, the network of wide and (then) fast highways supplanted the importance of grid streets. The idea was to provide workers with an easy in-bound commute and get them out of downtown as quickly as possible in the evening.

The wonderful thing about Dallas is that it constantly reinvents itself. New districts exist that weren’t even a glimmer in a civic leader’s eye 50 years ago. And the following seven influences will help shape Future Dallas: 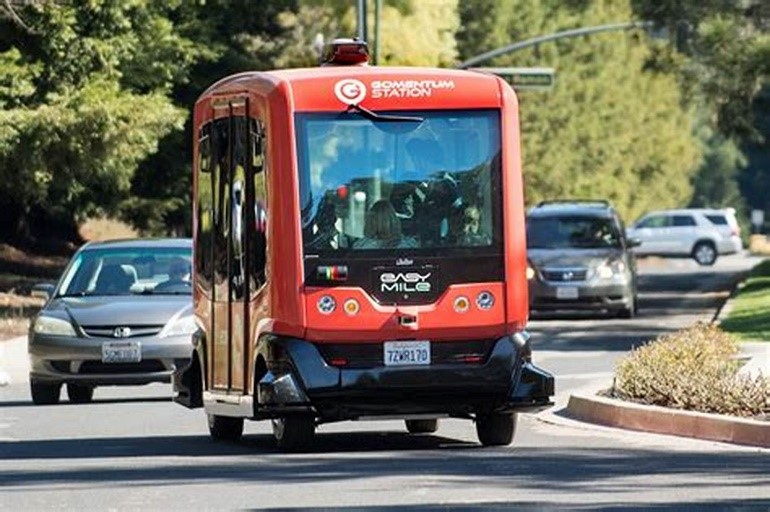 A self-driving shuttle in service in Concord, California (courtesy of Stantec)

The future is now

Even with all the above form-givers and influencers, the future of Dallas and of North Texas will be a combination of the old and new, the familiar and the innovative: 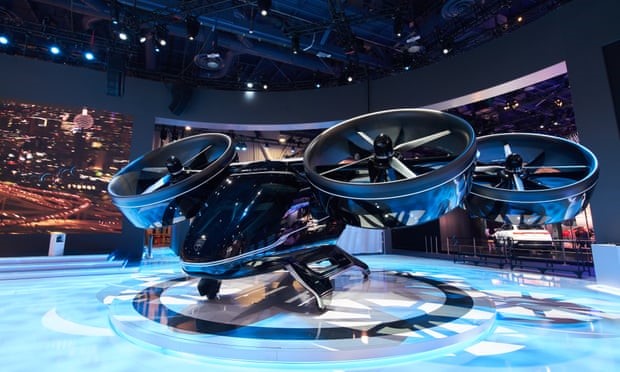 This article only scratches the surface. Barring a disaster or other unforeseen event, Dallas and North Texas will continue to influence, and be influenced by, our surroundings. To be frank, there are challenges, and some areas may remain underserved. But that should not deter us from continuing to shape and reinvent our urban fabric, addressing challenges and opportunities alike.

Joseph A. Pobiner, FAICP is director of planning and urban design at Stantec.