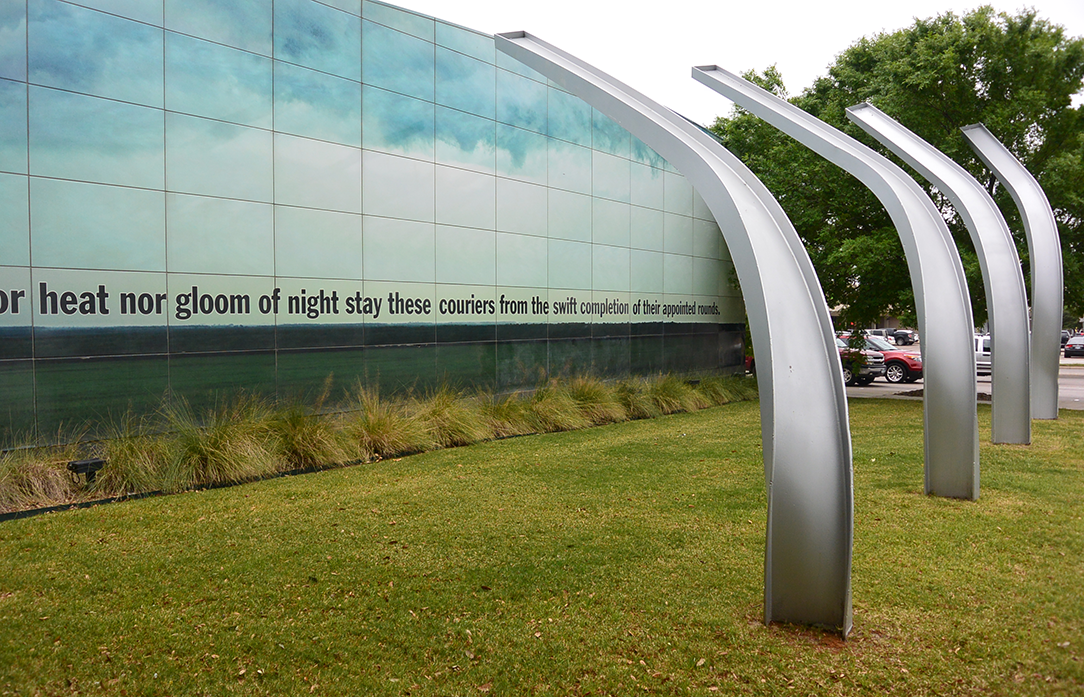 Driving along West 7th Street toward Fort Worth’s famous museum district, a row of silver steel wide-flange beams suddenly seem to rise and bend from a small, triangular grassy lawn. Situated at the busy intersection of University Drive, Camp Bowie Boulevard, and Bailey Avenue, the soaring profile of the beams resemble a waving hand. Their location—where established neighborhoods and districts converge—seems to quietly create an ornamental urban gateway. But as their story unfolds, it becomes apparent how uniquely the beams and their setting memorialize a disastrous event 16 years ago and how they heighten our sense of vulnerability against nature. 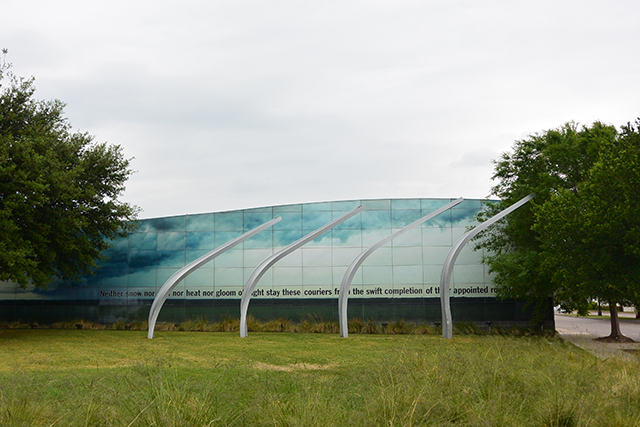 Art transforms things that belong to the everyday and elevates them to a realm of visual delight and pure feeling. Thus art is something fundamentally human, recasting objects to reveal new meanings about our world. However, in the case of these four bent steel girders, their transformation was not the result of human effort, but rather Mother Nature. On March 28, 2000, a powerful tornado ripped through Fort Worth, damaging large swaths of its downtown and devastating neighborhoods next to the Cultural District. Before the tornado touched down at 6:15 p.m., these steel beams stood about 50 feet from their current location, supporting a billboard advertising Al’s Trim Shop. The tornado’s wrath bent the steel supports to the shape they are today. 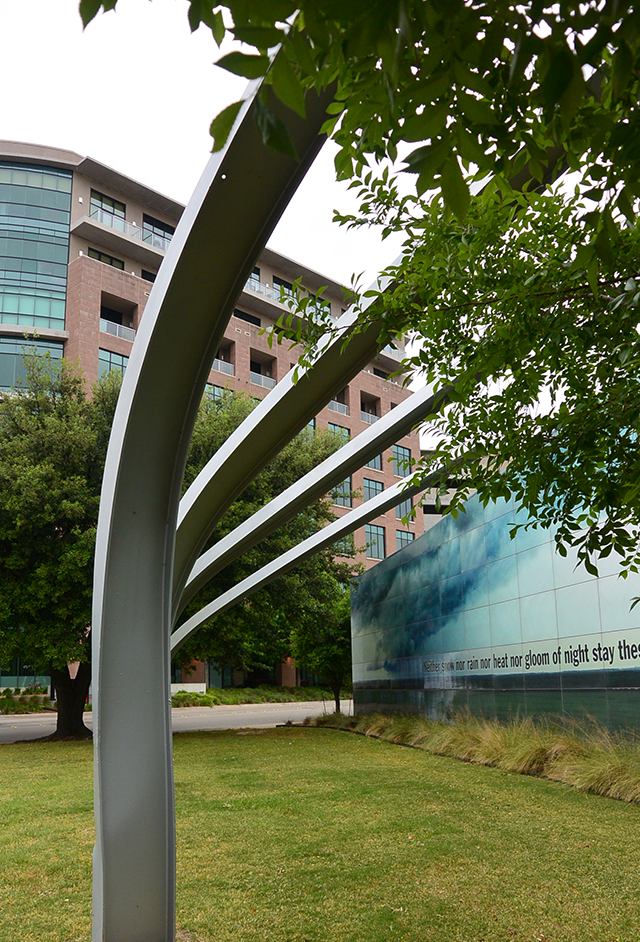 The triangular lot has since been redeveloped into a post office, which opened in 2009 and provides a complementary backdrop to the row of girders 20 feet to the south. The post office’s rear wall features an enlarged photograph printed on a smooth ceramic tiles. It depicts a brooding sky bearing heavily on a rural Texas landscape. Near the bottom of the wall is a text inscription of the postal service’s unofficial motto: “Neither snow, nor rain, nor heat, nor gloom of night stays these couriers from the swift completion of their appointed rounds.” The juxtaposition of the image, the text, and the bent girders effectively commemorate that terrifying day in the history of the city. 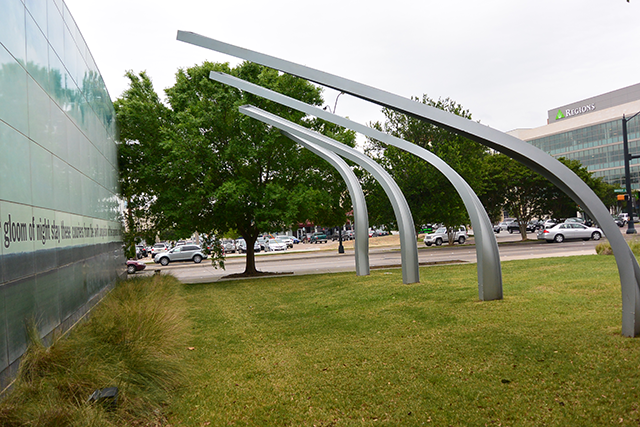 At the same time, the tornado sculpture reminds us that as much as we (or in this instance, nature) like to transform things into art, the art also transforms us. The March 2000 tornado transformed the community’s and city’s idea of their own vulnerability in the face of nature. In spite of all the qualities embodied by the steel wide-flange beam—its considerable strength, its minimal section, its efficiency of material—it was no match against one of nature’s most unpredictable and devastating phenomena. Suddenly, we remember the thousands of shattered glass panels on downtown skyscrapers, and the numerous homes in the Linwood neighborhood instantly destroyed just a stone’s throw away from the sculpture. 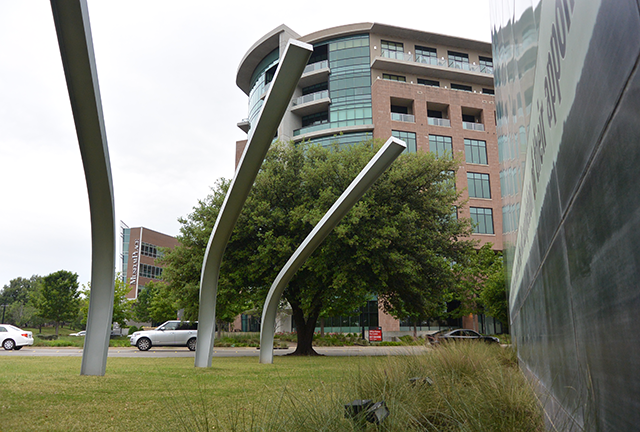 Even as we witness the dramatic redevelopment that has taken place since that day, exemplified by the 8-story Museum Place tower and the West 7th mixed-use district nearby, the silver beams remind us that our feeling of permanence is itself a gift from nature’s magnanimity.

Julien Meyrat, AIA is a senior designer at Gensler.