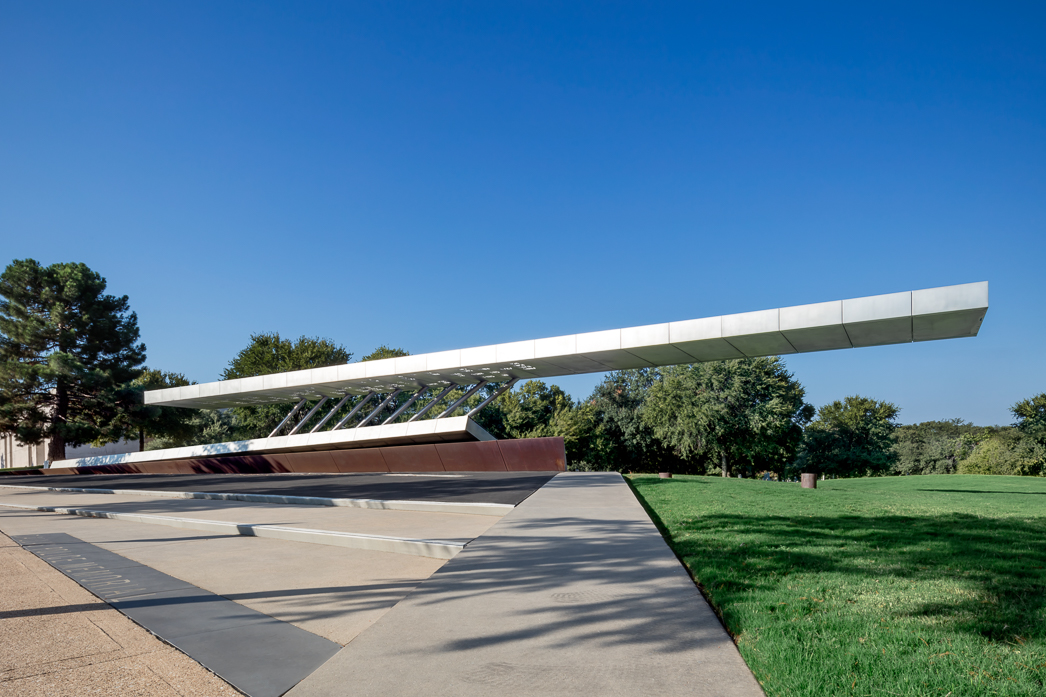 Located next to Dallas City Hall, the Dallas Police Memorial is a captivating and unconventional monument designed to memorialize Dallas’ fallen officers. While the original idea for the memorial was conceived in the 1980s, and construction was completed in 2001, the police ambush in June 2016 made its presence in the city more poignant than ever before.

The massing and materiality of the memorial is evocative of other iconic modern monuments such as Maya Lin’s Vietnam Veterans Memorial in Washington, DC. The Dallas Police Memorial features a massive cantilevered canopy clad in steel with cut-outs for the individual badge numbers of every fallen Dallas officer. In direct sun, light shines through these cut-outs, projecting the badge numbers onto the ground below the monument. 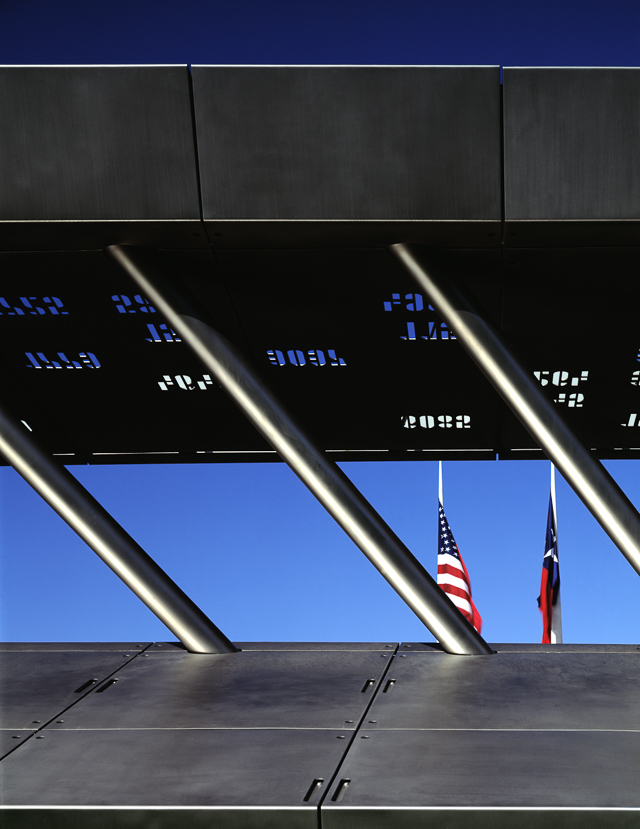 The ground that the light hits is meaningful in its own right. A band of asphalt blocks collected from different neighborhoods in the city creates a concrete patchwork, alluding to the diversity of the city and symbolically referencing the beats that the fallen officers had worked.

Structurally, the design is impressive. The 93-foot-long monument cantilevers 40 feet in one direction and 20 in the other, and is supported by a single row of nine angled columns on one edge of the canopy. The exaggerated form of the canopy sets an austere and contemplative tone for the site. 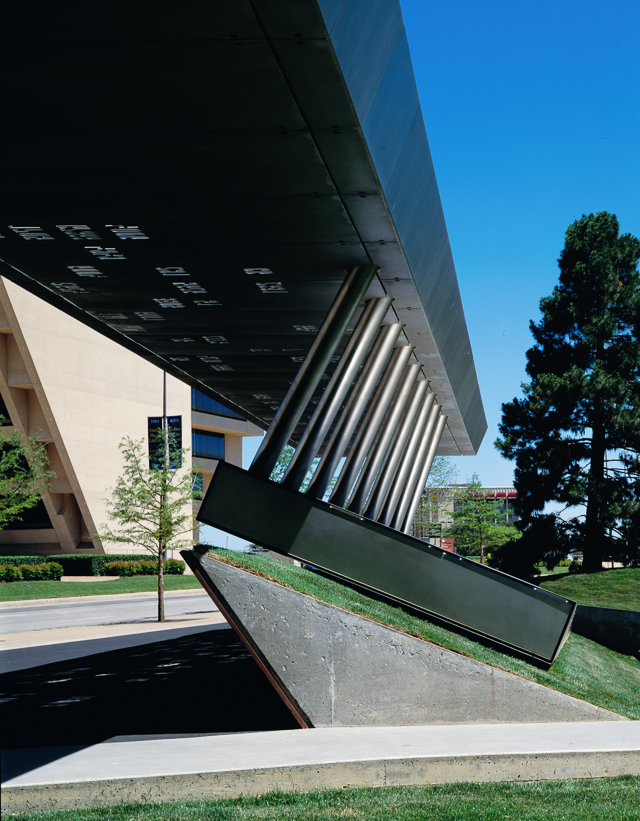 In the ephemeral interplay between the steel structure and daylight, the thoughtful composition of the Dallas Police Memorial captures the nuanced nature required of a memorial. At once introspective and awe-inspiring, it serves as a reminder of the public servants who have given their lives for the greater good of the city. 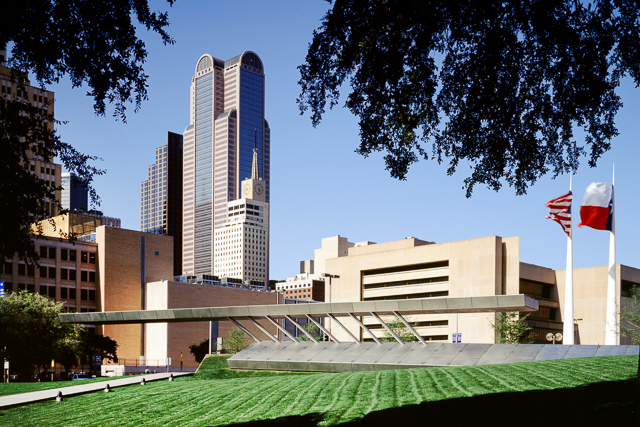 Mia Ovcina, AIA is an architect with DSGN Associates.