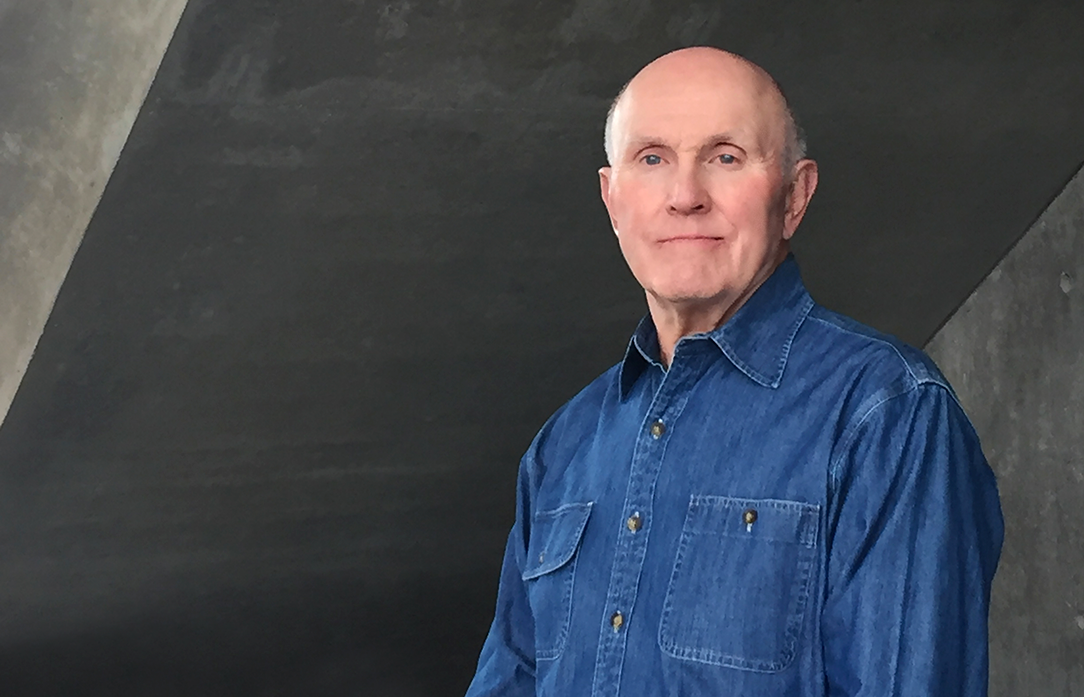 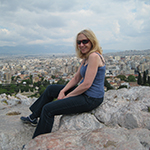 The excavated ‘W’ is an inspired and appropriate
solution for a building industry client.
It is right up there with the best Land Art
created by such luminaries as Robert Smithson
and Michael Heizer.
Jack, congratulations! George Tscherny

Jack Summerford is a graphic designer and writer who has garnered more awards than he thinks he deserves … for more years than he expected. He is locally known for his creative branding and logo solutions for building industry companies—some in existence, some reborn through acquisition, and some that have devolved into a footnote in history.

After 50-plus years in the design world, he now divides his time between grandchildren living in Fort Worth and New York, and enjoys occasional trips to Santa Fe, NM. Though retired, he continues to make a few forays back into creative design, such as his recent book, Obvious? and a book of outdoor illustrations created by the revered Texas illustrator Jack Unruh. Summerford and Unruh collaborated on the book prior to Unruh’s recent passing. “I tried to stay true to his work and his sketchbook and journals,” Summerford says.

Jack is a celebrity of sorts in the graphic design world; perhaps legend is a more accurate term. Still, he carries himself with a soft charm that dispels any ego and is quick to give credit to others. His unassuming, yet articulate style of interacting gives you the sense that he knows what he’s talking about and is confident in who he is and what he knows.

Through his years in working in the AEC industry, he’s run into a few egos. He talks about them in the following interview.

In your career, how many architecture, engineering, and construction firms have you served?

I’ve worked for probably 12 to 20 AEC firms, depending on how you define a firm. Some were very small, some international. HKS was my first architectural client, Corgan my second. My work for them never overlapped though. I was careful about that with every AEC client. HCB Beck, Greiner, Bateson, Omniplan—those were some of the other larger ones. I did a few smaller programs, like an identity and brochure for architecture and interior design firm Rogers-Ford and a fun and unique logo for Jeff Smith, an architectural stained-glass creator. 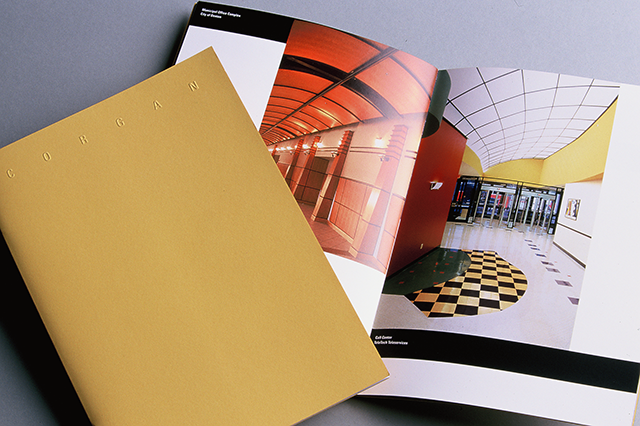 Weir Brothers, an excavation company, was an interesting client. They had a logo that was a cartoon of a bulldozer. I told them straight up, “We’re not going to use that.” They were working on high-end projects like construction at the Dallas Museum of Art and the Meyerson Symphony Center. I was thinking about a simple Futura “W” for their logo. Then I thought about the type of work they do and said, “Why don’t we excavate a ‘W’ in the ground and shoot the image from above?” Weir Brothers was working on a golf course project at the time, which proved an ideal location. I gave them the Futura “W” and the excavation dimensions. The logo itself stretched 60 feet or more and the depth of the trenches that made the “W” were six or seven feet deep. It was deep enough to stand in and get lost. We used their helicopter and shot the image for a brochure cover and the image took hold. Interestingly, years later I had about a 30-minute, face-to-face presentation of my work with Steve Jobs and the main thing he truly reacted to was the “W” on the Weir Brothers brochure. 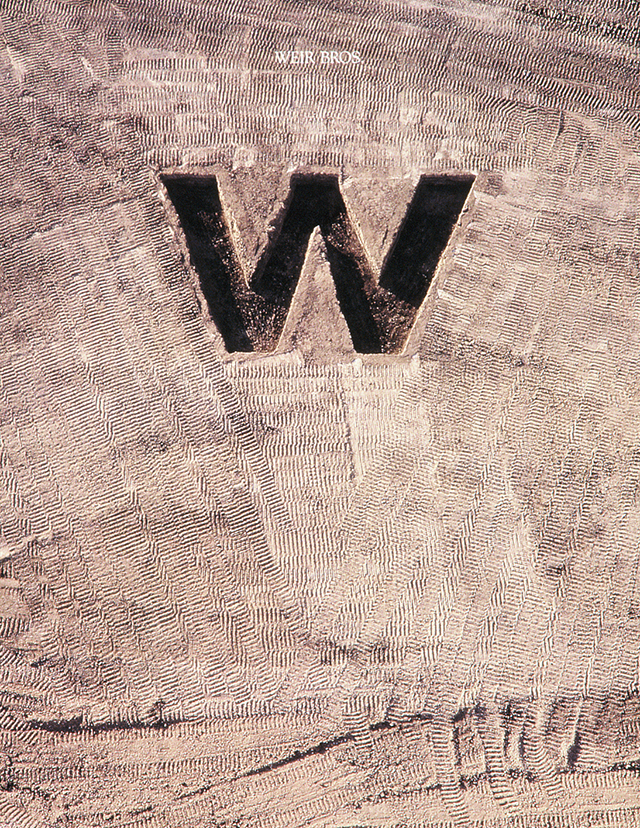 Do you have favorite stories from working with your AEC clients?

Sure. I did a large format brochure for HKS one time, and soon Ron Brame, FAIA called me and said they got an airport job in Italy and the brochure had had a big impact on the client. I earned my keep on that one. Another favorite experience was working with Jack Corgan—such a gentleman, fair and always pleasant. A very good man. He would say, “I have this much money to amortize over a few years. What can you do for us?” We’d work out the details and we both went away happy. We worked very well together and the Corgan people were very good to me.

How would you describe the amount of ego that is necessary to do good work?

Ego is important; design disciplines obviously have the need for some ego. After working with architects and engineers, I took the leap into doing design work for other service industries like lawyers and accountants, but they weren’t as much fun.

I did work with architects some when I was with Stan Richards in the early/mid ‘70s. At that time, the “Renaissance Man” disease was definitely common among architects. Many felt they could do it all—right down to building their own houses (and I think there are a few of those houses still not finished). Graphic designers have ego, but they also have somewhat of an identity problem. They can’t put initials behind their names because they don’t need a license. There’s a little insecurity that arises from that. The thing is there is a similarity in design sensibility between architects and graphic designers: They just come at it from different training grounds. The roots of the disciplines are very similar. Architects have an appreciation for the design process and that makes it a lot easier to go through explanation of graphic design elements.

Does ego play into the process of a firm developing a corporate image? A logo? A brand?

Occasionally, something as trivial as school colors will dominate a design conversation. (The color maroon would often be mentioned.) A few firm leaders might micro-manage a bit and try to add images to a design when they didn’t make sense. But once you showed them why it didn’t make sense, they were generally appreciative. One time, though, I was blindsided. A CEO in the AEC industry promised that he and I would make the design decisions. When I went to his office to present my ideas, I was met with a board room full of people … all with an opinion. We wound up creating a logo by committee and that never really works. I see their trucks around town to this day and I cringe when I see that logo. They really didn’t get my best work. Here’s the lesson: When creating graphic design, the fewer people involved the better.

What is your favorite logo? 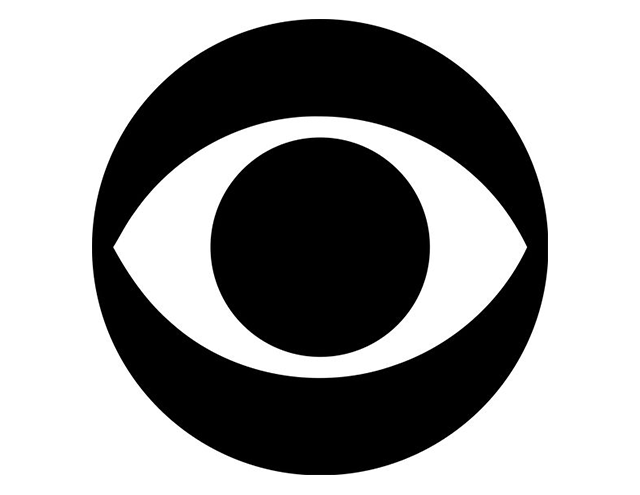 “It can last forever. It shows what the company does. It’s the perfect, simple, conceptual icon to convey what television is and was.” [Learn about the logo’s evolution here.]

You are friends with some of the best graphics legends in the U.S. Is there a common thread among them that helps bring out their imaginative genius?

Well, they enjoy what they do and want their designs to be really good; they take a lot of pride in what they do. Pride and ego can work together in a positive way. As I’ve said, graphic designers can be a little insecure and often seek approval. Maybe that’s why there are so many design awards programs; they offer a way to measure your work against the competition and to see how you measure up against the work of others. 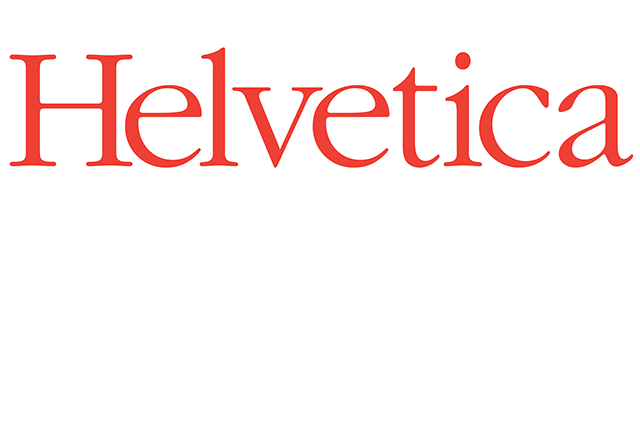 Michael Bierut, in an essay for Design Observer, commented the following on Summerford’s now iconic “Helvetica” poster: “To promote the ITC Garamond's arrival in Texas, Summerford used Garamond, in all its monstrous glory, to set a single giant word: Helvetica. It's not a good font, but just this once, it made a great punch line.”

Is there anything else you’d like to tell the architectural community about creating graphic design?

Just always hire a good designer that loves design with a capital “D.” Make sure that person loves design in all aspects—furniture, architecture, art, etc. Make sure they appreciate all forms of visual expression. And make sure there can be a healthy respect between you. AEC clients are the best.

Linda Mastaglio is managing editor of Columns and owner of TWI-PR.

Here are examples of some of the AEC firms in North Texas that Jack worked with through the years:

“In 1995, Corgan retained Jack Summerford, a nationally recognized graphic designer, to develop a new logo for the firm. The [original] Corgan yellow square logo with the red word ‘Corgan’ was Jack’s concept, which became immediately popular in the print world. You see many similar logos today, those with a clean, modern look, from a whole range of companies. Our logo was way ahead of its time. As the firm began to provide more than architectural services like space planning, interior design, program management, media lab services, etc., the word ‘Architects’ was dropped from the corporate name and it simply became Corgan Associates Inc. Elements used from earlier logos were combined to create a clean crisp and modern look. Over the years our logo has been successful and has spanned across the U.S. and internationally, as our practice grows. Its elegant simplicity states much about our firm and we would like to think that yellow remains a clue to our firm’s optimism. It provides an opening introduction to what we are all about—the first 1,000 words about the story of our firm.”

Adapted from the “Corgan Logo History” at www.corgan.com.