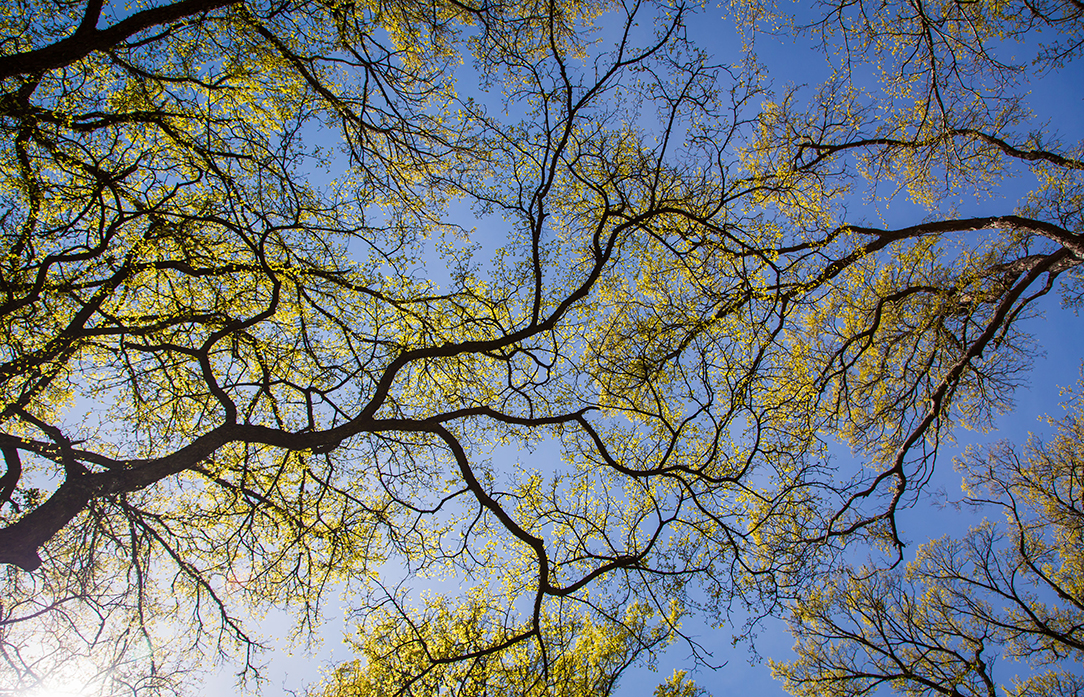 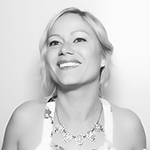 The idea of wilderness needs no defense, it only needs defenders. Edward Abbey

The clearest way into the universe is through a forest wilderness. John Muir

Dallasites rarely see the forest for the trees; even for Dallas natives, it is possible to be completely unaware of the actual forest in our midst. Rarely is Dallas recognized for its natural features, but in reality Dallas is home to over 7,000 acres of old-growth hardwood bottomland. Considered one of the largest urban forests in North America, this area is called the Great Trinity Forest. Straddling the Trinity River as it flows by downtown Dallas, bound for the Gulf of Mexico, the forest offers miles of natural and paved trails for walking, biking and hiking; rare flora and fauna; kayaking and canoeing; and a sense of being in a complete wilderness within the Dallas city limits. 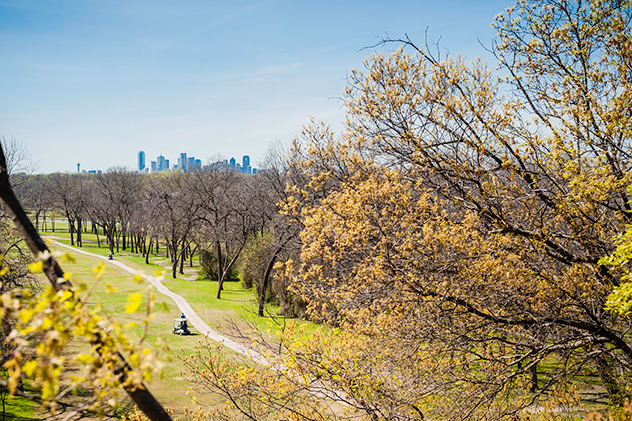 For proof of our city's urban forest, look no further than down the fairway of Keeton Park Golf Course with the cityscape serving as its backdrop. Photo credit: Nicholas McWhirter, AIA 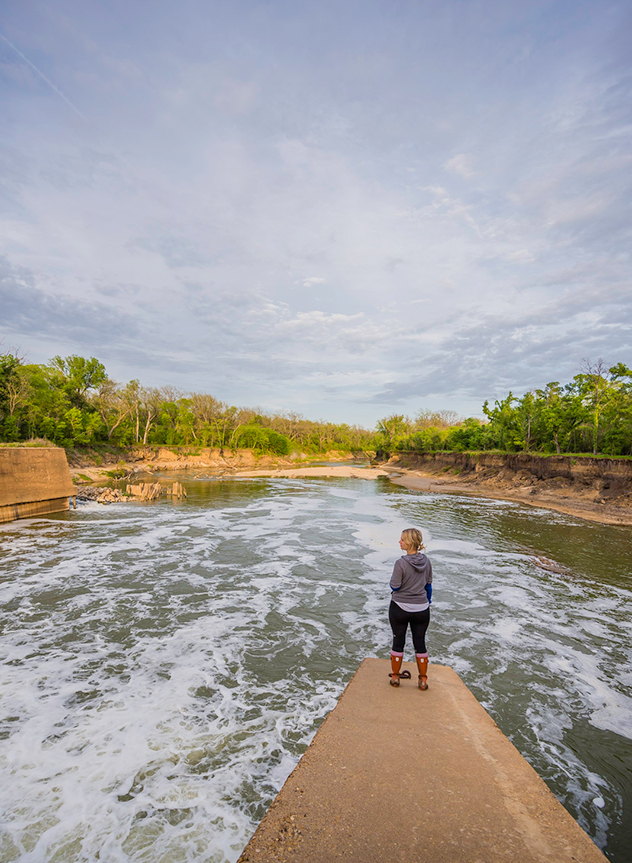 Water roars over the concrete foundations, twisted metal, and fallen flood gates that remain of the Trinity River Lock and Dam #2 (constructed in 1912 and abandoned in 1922). This treasure can be found along an easy hike through Parson’s Slough/Goat Island, just five minutes south of Dallas city limits. Photo credit: Michael Cagle, Assoc. AIA 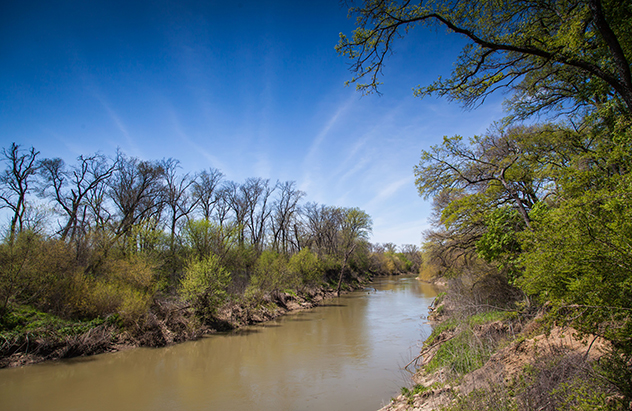 Visible from the Texas Buckeye Trail is the life source for the forest—the Trinity River. Photo credit: Nicholas McWhirter, AIA 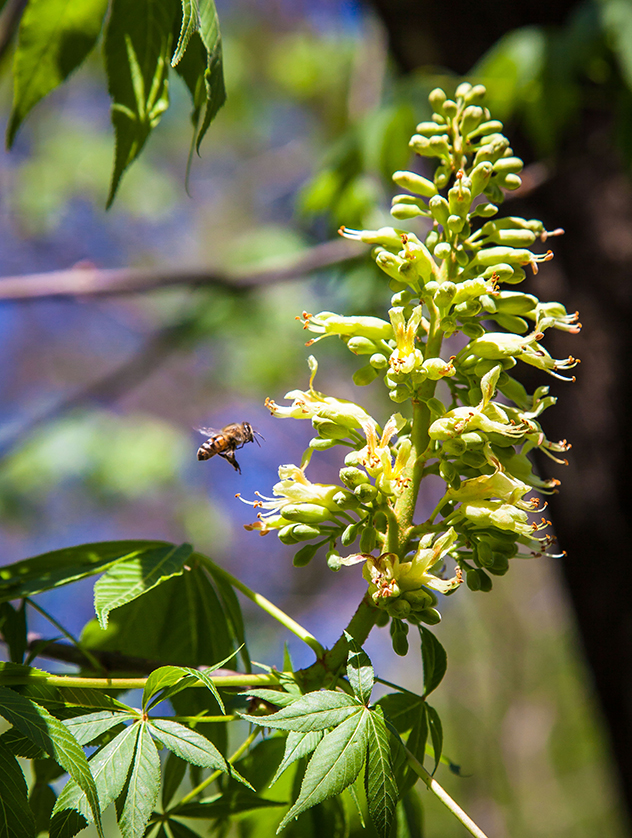 Distinctive features of native Texas Buckeye are its large palmate leaves and white to yellow spring blooms held in large clusters. In the summer, the Buckeye produces a large spiny fruit. It is believed that most of the plant is toxic if consumed. Photo credit: Nicholas McWhirter, AIA 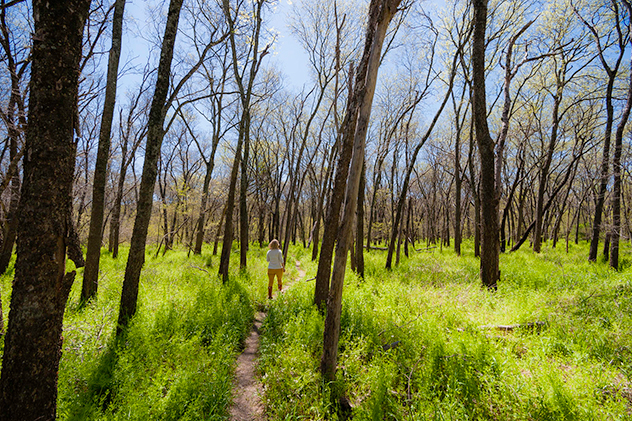 Bottomland hardwood groves, like this one in Dallas, serve a critical role in the watershed, according to the Environmental Protection Agency. They reduce the risk and extent of flooding to communities downstream by capturing and storing floodwater. These temporary wetlands also improve water quality by handling nutrients and organic wastes and by reducing sediment before reaching open waters. Photo credit: Michael Cagle, Assoc. AIA 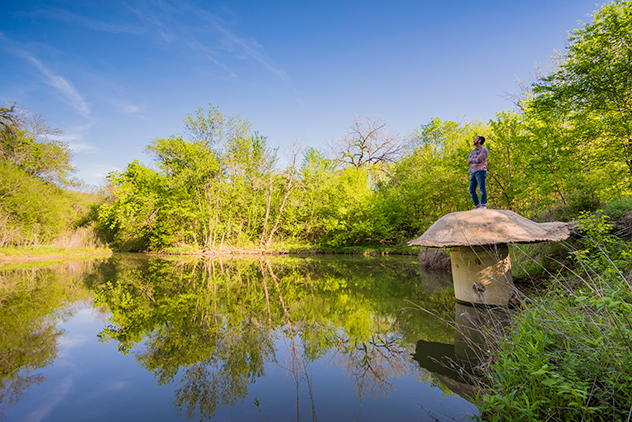 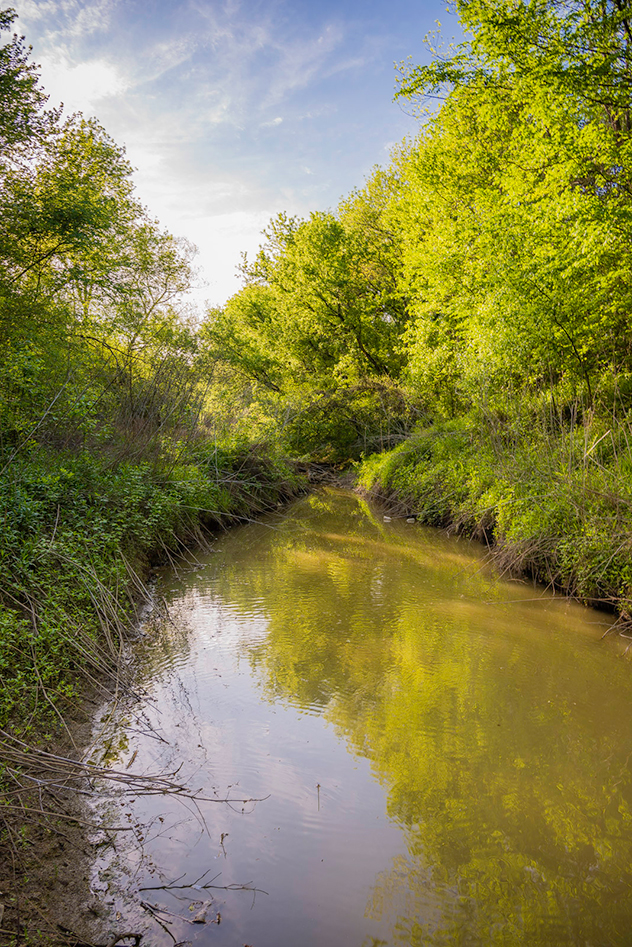 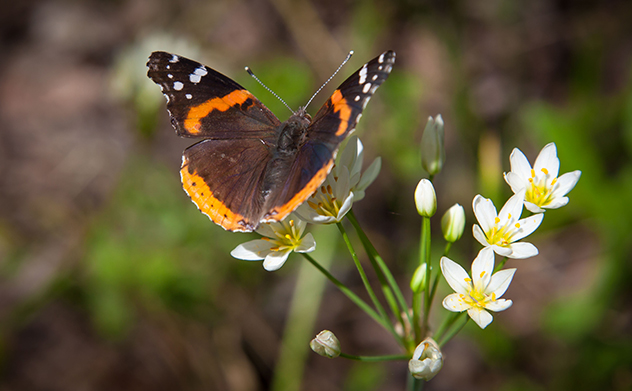 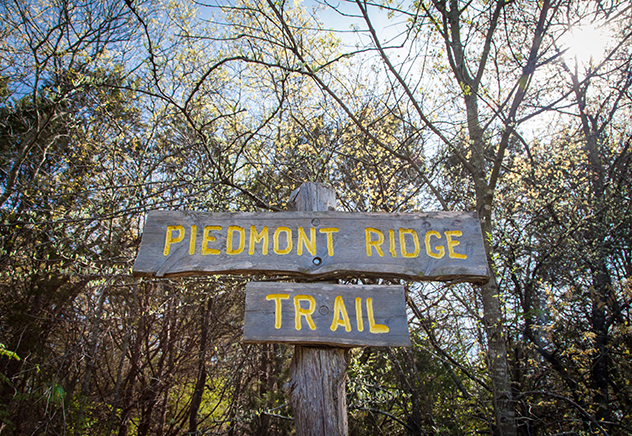 Nicholas McWhirter, AIA is with Stocker Hoesterey Montenegro. Anna Procter is with AG&E.