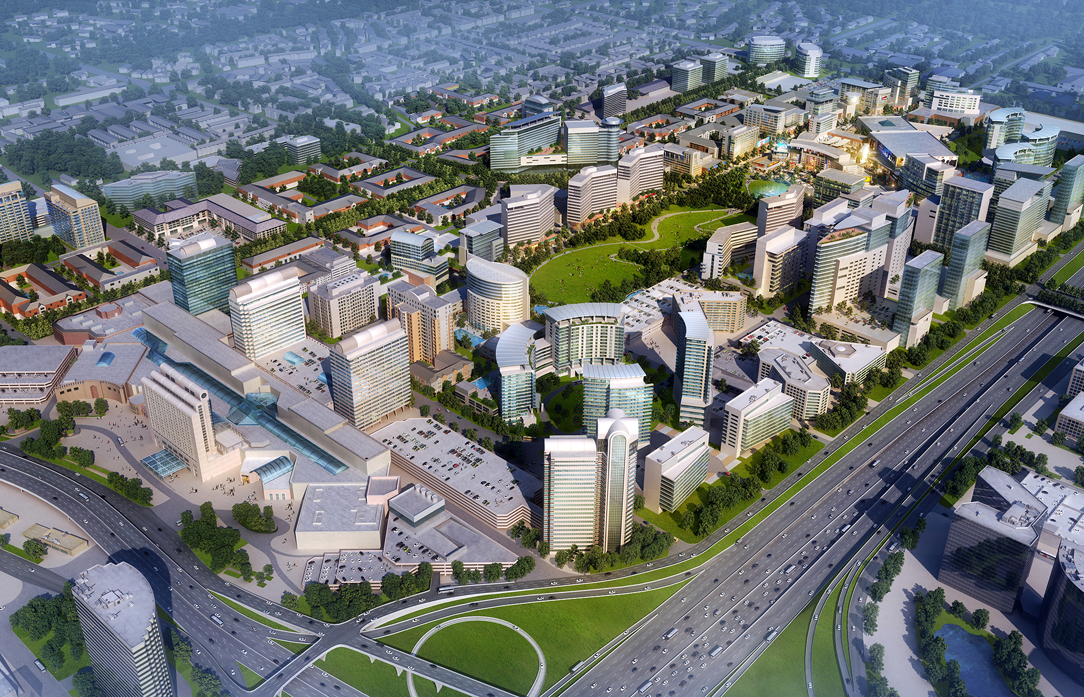 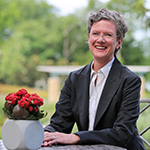 In the Zone: How Planning Impacts Lifestyles and Choices

Zoning has a greater impact on people and their choices than we typically imagine. Thankfully, architects play a role–a very important role–in the determination of quality of life and the smart growth of a city. Architectural sensibility allows balance among potentially competing interests, whether by an architect working with a developer to achieve a project’s goals or by the architect assisting community groups in understanding the implications that zoning has on area development.

Dallas’ well-known Uptown district is a good example of a successful planned development district (PDD). After years of spot zoning requests, a community-led zoning effort was established to identify areas for higher density and transition zones while stabilizing and protecting established neighborhoods and allowing for new, higher density development. Today, this area is one of the most successful walkable high-density development areas in the city. The Oaklawn PDD, which includes mid- and low-density residential uses, also allows for commercial and more dense office and residential products. As we see today, it is a diverse mixed-use environment with a walkable urban character which will continue to grow and enrich the lives of those who live, work, and visit.

Uptown also benefits greatly from the 1983 re-introduction of the streetcar by local businessman Gene Street.  It has become a wildly popular form of public transportation that helps maintain pedestrian scale and the historic ambiance of the community.

One of Uptown’s most successful built examples is West Village. Pedestrian-scaled building and amenities, street-facing retail, integrated housing with a mix of retail, dining and entertainment options combine to make this a vibrant environment. Part of what makes this increased density viable is the availability of nearby green space and transportation options.  With the investment, preservation, and introduction of the Katy Trail, the area becomes a rich example of green space supporting a high density environment. It allows a live-work-play environment to flourish in this quickly expanding neighborhood.

National trends in zoning are placing more emphasis on sustainable, multi-modal, mixed-use developments. This focus encourages pedestrian-friendly live-work communities, creating lively desirable public spaces. Density is essential for the healthy future of our cities, yet requires a huge education effort with the public in understanding the potential benefits of well-designed, high-density communities. New development—with an emphasis on creating public spaces that integrate symbiotically with surrounding neighborhoods—can become a catalyst for re-investment. The most successful projects engage with existing stakeholders to address city planning goals, developer interests, and opportunities to benefit and grow the surrounding communities. Denver’s Riverfront Commons is an urban infill project utilizing form-based code in downtown Denver.

There are two primary types of zoning that fall within this framework: form-based code and SmartCode. Both promote sustainable zoning practices with a focus on block size and high-quality streetscape scale and design. This includes the relationship between streetscapes and building facades. These codes allow for the inclusion of architectural and landscape standards that are essential in effective placemaking.

The only large scale example of implementation of form-based code in Dallas is Dallas Midtown District. (This name may have changed after going to press.) The plan was adopted by the city council in the fall of 2013, followed by a subsequent zoning ordinance. The plan was a group effort of the City of Dallas Planning Department, a coalition of stakeholders (North Dallas Chamber of Commerce, neighbors, business owners and land owners), and realized by Omniplan Architects and Studio Outside Landscape Architects and Planners. This 400-plus acre plan focuses on urban design, land use and transportation as the basis for the city’s area-wide rezoning. It encourages economic development consistent with the plan’s vision statement, which includes the creation of a central open space and framework of smaller scale neighborhood parks. 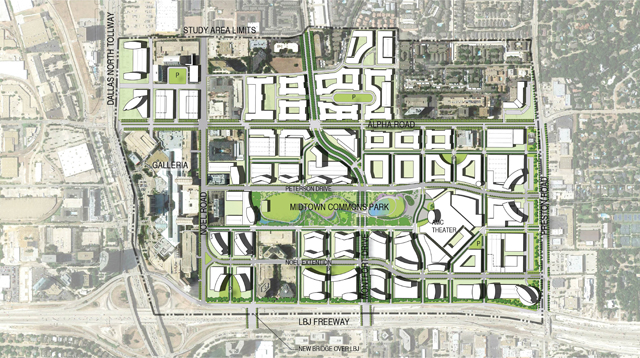 This Midtown District is located in the heart of North Dallas, bounded by LBJ/635 Freeway and the North Dallas Tollway, Preston Road on the east, and Montfort to the north. According to the Midtown Area Plan document, the intent is to inspire high quality new development and re-development, ensure long-term economic vibrancy, and assure environmental sustainability. One key goal is to encourage development patterns that sustain an intense mix of activities: living, working, shopping, entertainment, and recreation. An important aspect of the plan is the attention to streetscape design and a mix of open spaces to support area growth. The plan also builds upon existing assets in the district while encouraging redevelopment of the elements within the study area which are in decline.

Ultimately, zoning can help improve quality of life, whether through stabilizing established neighborhoods, establishing infill developments in the urban core, or allowing for higher density development in proximity to existing communities. The certainty provided by zoning can help attract new investment dollars.  As the DFW metroplex continues to grow, and development pressure continues within the urban core, zoning will have a pivotal role to play in balancing the interests of investors, existing stakeholders, and the city. As architects, we must use zoning as a valuable tool in creating vibrant sustainable environments.

See a copy of the Midtown Area Plan here.

Joanna Hampton, AIA is a planner and designer with Morrison Dilworth + Walls, and previously with Omniplan, where she was instrumental in development of the Dallas Midtown Vision Plan.

Diane Collier, AIA is an architect, urban activist, and consultant currently with dcc consulting in Dallas.