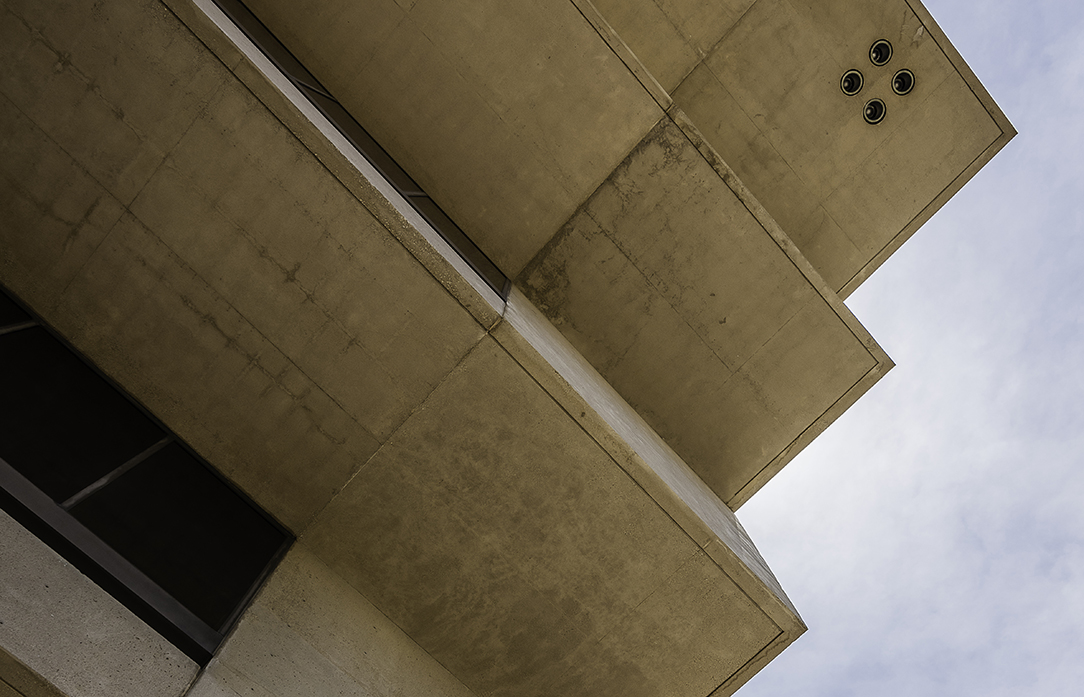 The inverted pyramid design is a function of the space requirements of the building. Pei devoted the main second level to public services so citizens could come to conduct business free of the clutter and bustle of offices. Called the Great Court, this floor is notable for its dramatic view to the vaulted ceiling and skylights nearly 100 feet above. The expanding upper stories house the city’s numerous civic offices.

The building slopes at a 34-degree angle, creating an inclined façade that reaches toward downtown. Three giant cylindrical pillars appear to support the structure, although they do not actually bear the load of the building. Pei added the pillars, which contain the stairwells, after then-mayor Erik Jonsson worried that the original design would scare people because it looked like it would fall over. The cantilevered floors are, instead, supported by seven pairs of 18-inch bearing walls that are post-tensioned vertically and match the slope of the façade.

The design provides shade and protection from the weather at the base of the building. Pei also persuaded the city to dedicate two full blocks to a park and plaza that acts as a front yard to City Hall. The plaza features a 180-foot fountain with red floating sculptures by Marta Pan, as well as a large Henry Moore sculpture called The Dallas Piece.

Dewberry recently completed a renovation of the first floor entrance lobby, replacing the faulty escalators with a new grand stair to the Great Court. The renovation also included a new security vestibule and exhibition space on the ground floor. 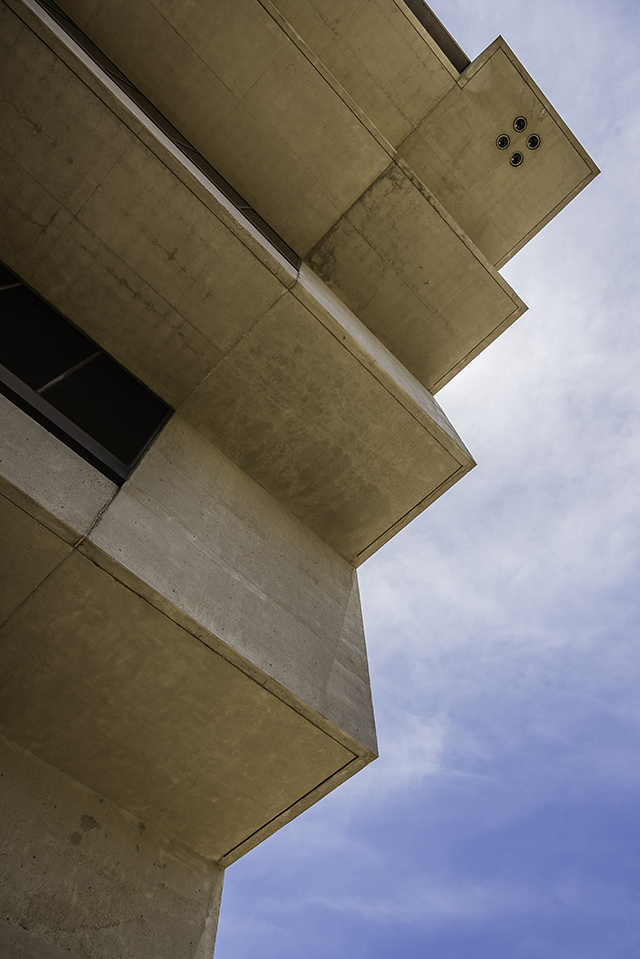