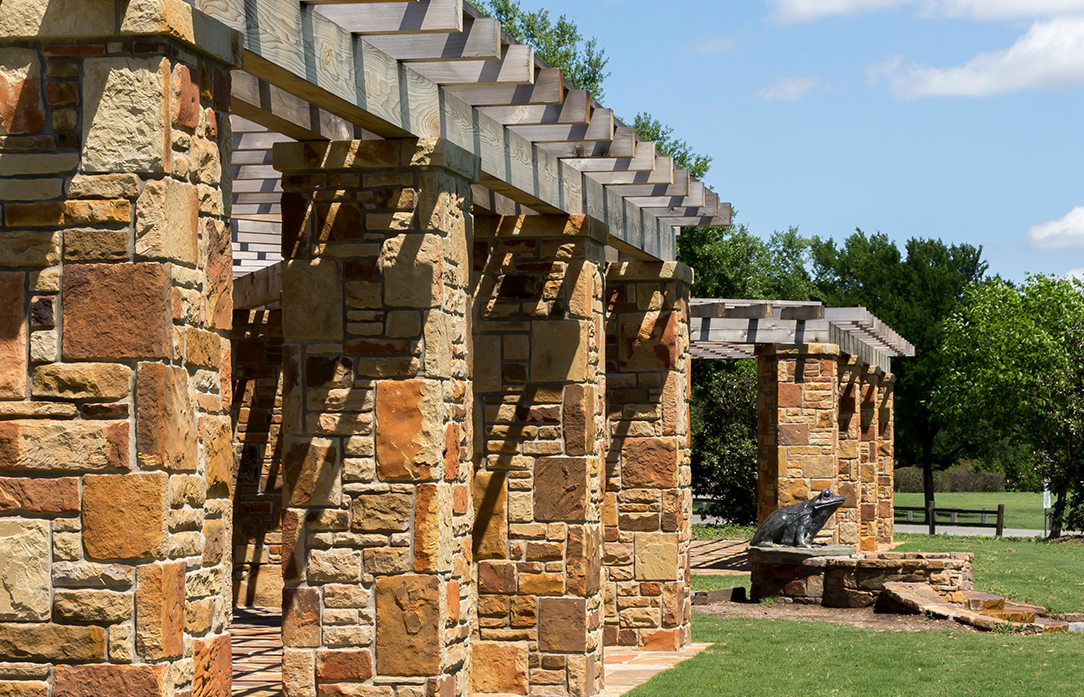 A popular centerpiece of Kiest Park, a 1934 Works Progress Administration project, the pergola in the memorial garden area was demolished in the 1960s due to disrepair. Recently, it has been faithfully restored to its original design.

Edwin Kiest, one-time publisher of the Dallas Times Herald and prolific civic leader, bequeathed the property to the City of Dallas for a park, and eventually the city dedicated a formal garden with the pergola in the park to the memory of Kiest’s wife, Elizabeth. 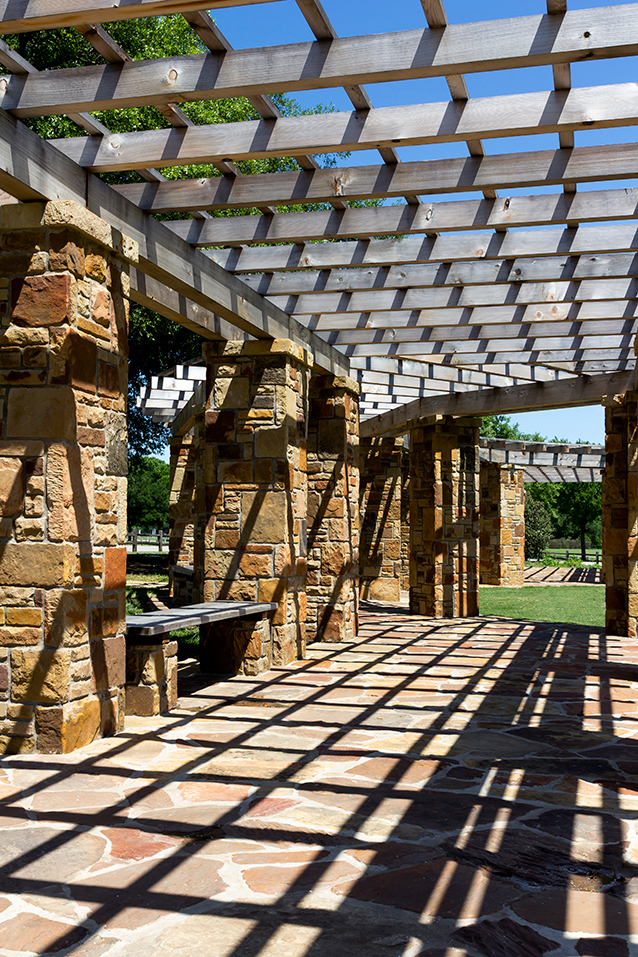 Efforts by the community to restore the 248-acre park—at West Kiest Boulevard and South Hampton Road—were spearheaded by the Friends of Oak Cliff Parks. Funding in the amount of $2 million came from the City of Dallas’ 2006 bond program; restoration of the pergola was part of that package.

Norm Alston, AIA of Norman Alston Architects collaborated with the City of Dallas Parks and Recreation Department to replicate the pergola and preserve the existing stone paving. The task proved challenging since little documentation existed. “Original, early design drawings, the only such documentation available, were instrumental in determining heights and structural member sizes,” Alston says. 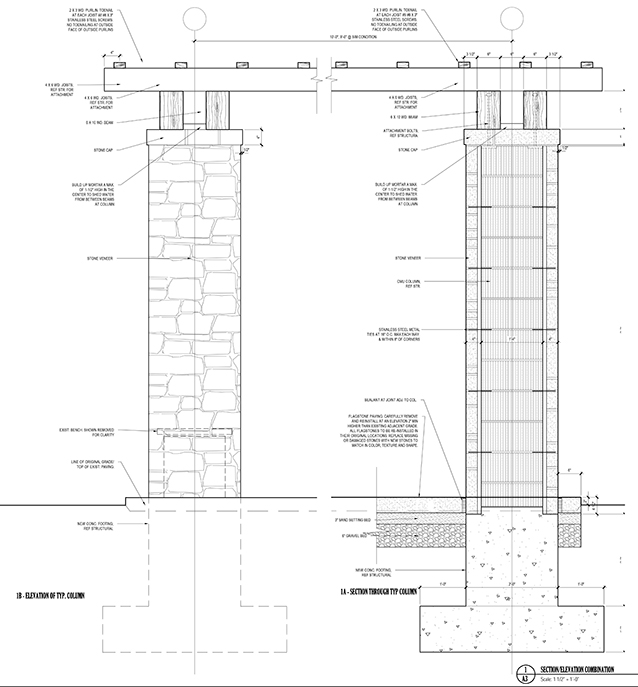 Henneberger Construction Inc. worked with the design team—including structural engineers Cabré and Associates—to construct the pergola. This included documenting the remaining stone pavers and carefully removing them for reinstallation after constructing an adequate foundation to eliminate the instability issues that are suspected to have led to the original pergola’s demise. 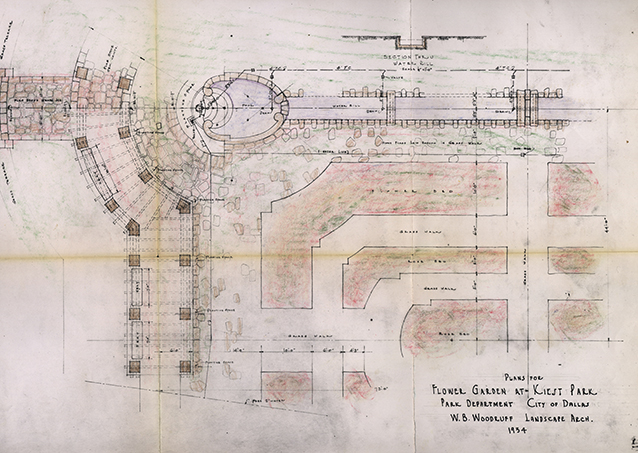 The project won a Preservation Dallas Achievement Award based on the successful rehabilitation of the pergola as a key element of Kiest Park.