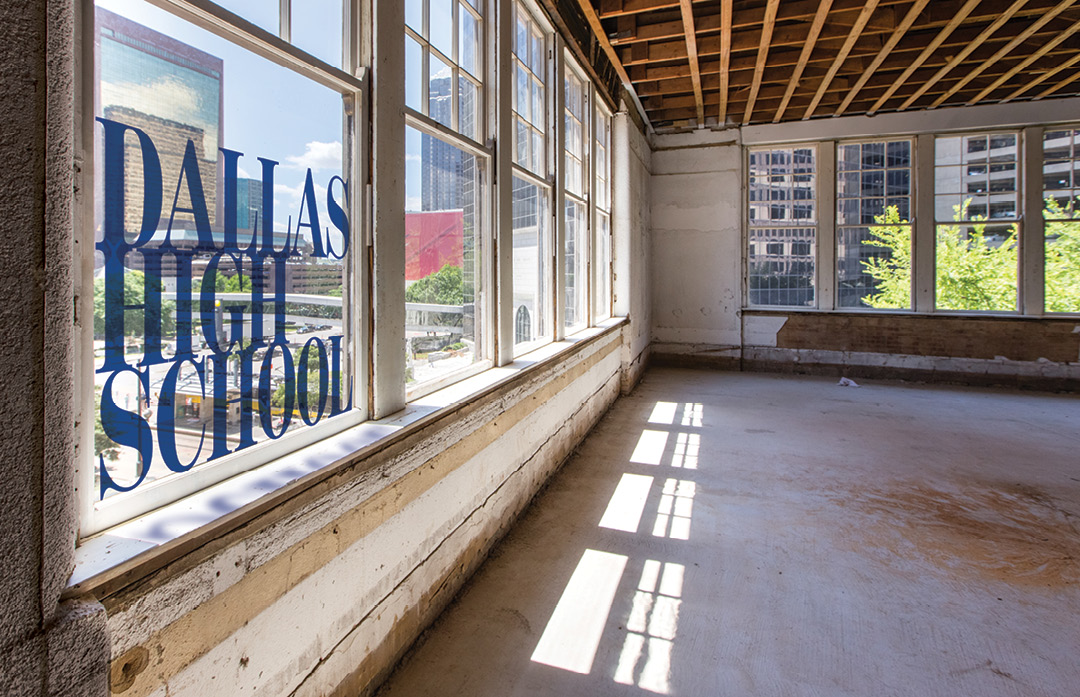 Preservation Dallas announced its first Endangered Places list over 13 years ago. At the top of the list was the long-abandoned Dallas High School at Pearl and Bryan streets. Designed by Lang & Witchell, the four-story 109,000-square-foot building was constructed in 1907, with an addition in 1911. Saved from the wrecking ball with landmark status granted by the City of Dallas in 2000, the building has nevertheless deteriorated from neglect over the past 25 years. Although the school is located at a burgeoning gateway on the east end of downtown, its windows are now boarded up—a reminder of its lost luster. 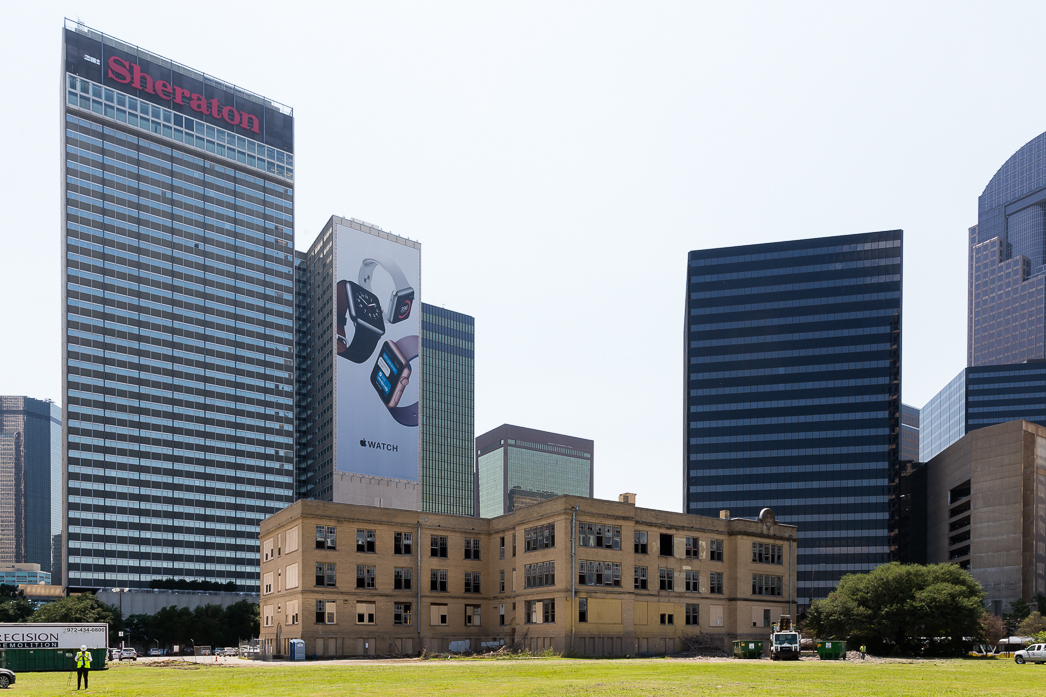 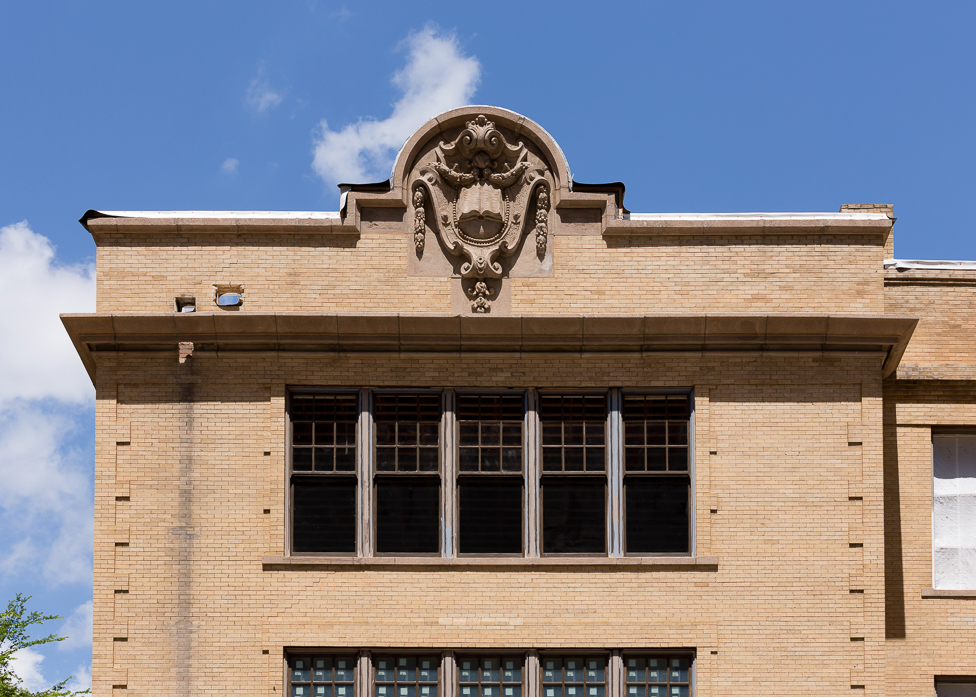 Merriman Anderson Architects, known for adaptive use and redevelopment projects in downtown Dallas, was commissioned by Matthews Paradise Development Partners, the office development arm of Matthews Southwest, to spearhead efforts to rehabilitate the shell and core into a LEED Silver, mixed-use development. “It is as much about environmentally responsible solutions as it is about restoring a century-old icon of Dallas,” said Mitch Paradise, president of Matthews Paradise, the partnership with Paradise and Matthews Southwest that is overseeing the building improvements. 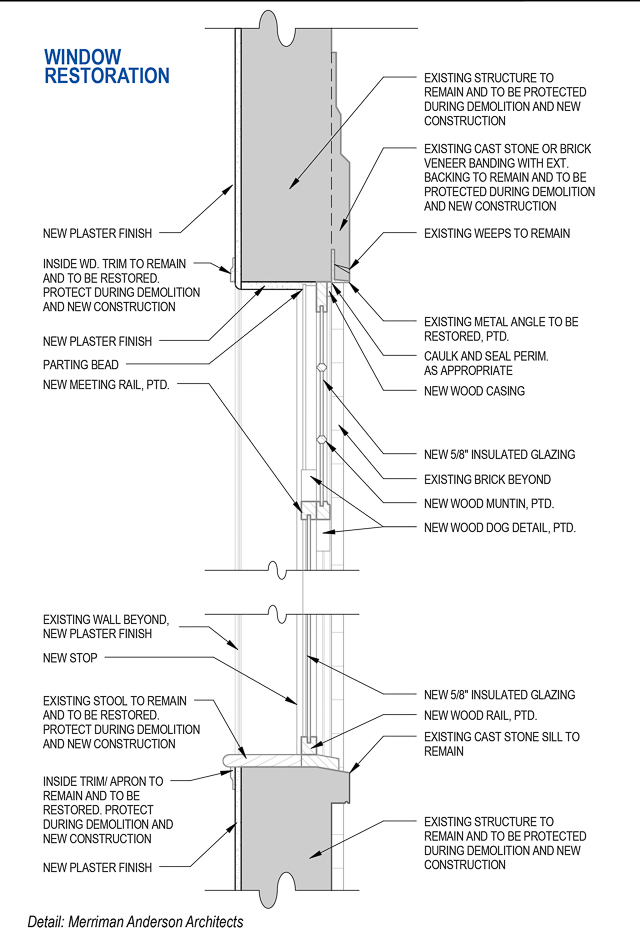 Preservation efforts involved a process of evaluating the original window frames for reuse, work required by the National Park Service in order for the project to receive federal tax credits for the rehabilitation. Aimee Sanborn, AIA, the project architect, led the design and documentation effort to remove the window sashes for restoration by Leeds Clark. Nearly one-third of the sashes required replication due to their deteriorated nature. 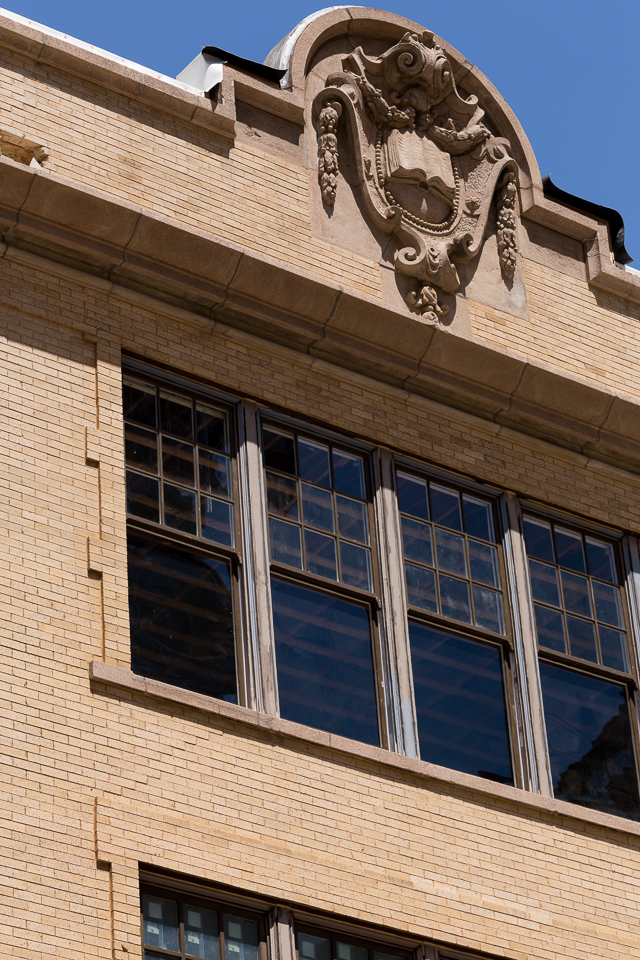 James Adams, AIA, RIBA is a senior associate with Corgan.