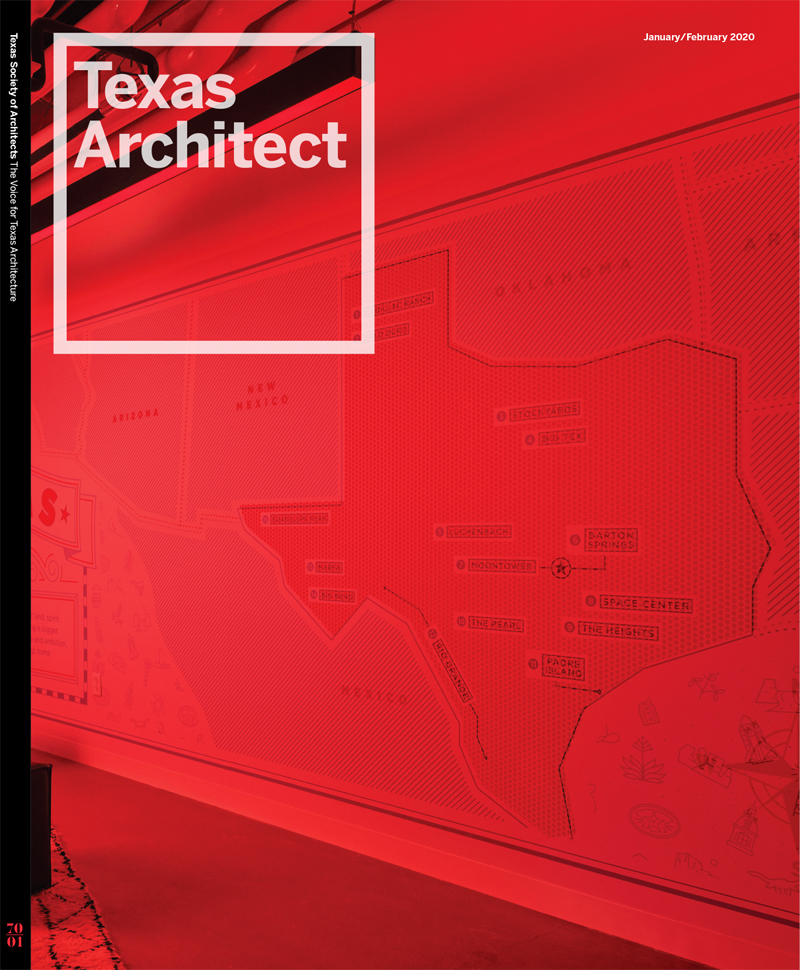 Something is Rotten in the Land of Nod

In Aaron Seward’s Editor’s Note column that appeared in the January/February 2020 edition of Texas Architect Magazine, “The Land of Nod”, he starts with a biblical passage from Genesis 4:14. After reading and re-reading the entire article, I am reminded of a different biblical passage.

His article endeavors to address the issue of equity in architecture and he is certainly correct when he states that the AIA “….has been working overtime lately to let them know they have a diversity problem.” It is a serious issue worthy of serious discussion. That discussion, however, must start from a commitment to professionalism, and must be fair and considerate of everyone involved.  That doesn’t describe this article.

The article begins by assigning resistance to diversity to white males. To define a group by gender and race for the purpose of associating them with prejudiced and anti-social behavior is the dictionary definition of bigotry. From a basis of bigotry, the article goes on to mock and ridicule. From the condescending “..blowing your cookies and milk out your nose..” to the vulgar double meaning of “Don’t be a Dick”, to the presumptuous “And then they show up….and HAVE to listen to keynote speakers, some of which are women and people of color…”(emphasis mine), this article openly ridicules, without justification, many of our colleagues. Since I fall within the category of white males he focuses on, I admit to taking it personally.

With every reading I become frustrated by the use of tired stereotypes of “white males” to portray many of my colleagues and myself as unable or unwilling to operate comfortably in an environment that recognizes and embraces diversity on many levels. Even as I enter the phase of my life where my mailbox is flooded with unsolicited information about Medicare, a stark reminder that I have been in this profession for more than 40 years, my generation has never known a time where prejudice by race or gender was to be tolerated. We got it then. We get it now. Why would Aaron and those who subscribe to his indictment of white males think that we wouldn’t after more than half a century? He seems to think he gets it and I’m pretty sure he’s had less time to learn it than many of us have.

I spoke with Aaron about his intentions here. Our conversation was very cordial, and he noted that he considers himself one of the “white males” referenced in the article. It was intended as encouragement to that group and that they should be grateful for constructive criticism.   I keep reading the article and just can’t find that encouragement. I certainly see the “criticism”, it’s the “constructive” part that escapes me. Can you imagine any other constituency within the AIA being discussed in this manner?

Regardless of the good intentions or popularity with those in agreement with his position, the AIA has ethical standards. Ethical Standard 1.4, and Rule 1.401 prohibit mockery or ridicule and singling out others based on age or race. If I were to say the things in this article to people in the workplace, it would constitute harassment, per those standards. If we as architects are to live up to the ethical standards, shouldn’t those within our organization who are not architects likewise be required to do so? Especially when they have a larger voice and represent our organization to a wide audience.

I have asked, unsuccessfully, for the article to at least be taken down from the TxA website as it is not representative of our profession in general and our organization in particular. I hope others will join me in making this request to TxA leadership.