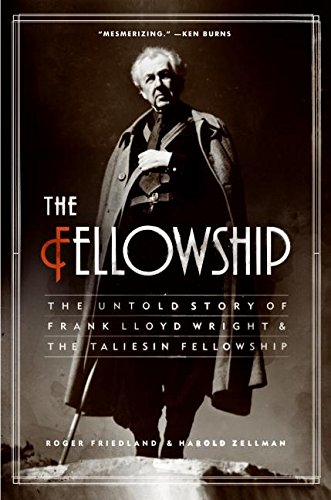 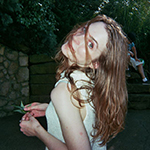 Review: THE FELLOWSHIP, The Untold Story of Frank Lloyd Wright and the Taliesin Fellowship

By Roger Friedland and Harold Zellman

Tucked into the hills of Wisconsin, Frank Lloyd Wright’s Taliesin housed what some argue to be genius while others focus on the mysticism, the cult of young and impressionable architects who flocked to learn at the elbow of a master, and even the sex scandals. Roger Friedland and Harold Zellman together explore what they call the “untold story of Frank Lloyd Wright,” exposing the infamous architect’s eccentricities and exploits with his third wife, Olgivanna.

The fellowship at Taliesin was meant to save what had been lost three times before to devastating fires and bankruptcy: a self-sustaining commune that allowed Wright to continue his work. What germinated in Taliesin was much more than thoughtful design, however.

The argument that the authors make throughout the book is that some of Wright’s most iconic architectural work, Fallingwater and the Guggenheim Museum, would have never occurred without the stimulus of Taliesin. While this may or may not be the case, the environment bred in Taliesin’s isolation was extraordinary and at the same time perverse. It is important to note, however, that many of the architects who studied under Wright did not amount to anything. Instead, the fellowship created poor photocopies of Frank Lloyd Wright’s work with someone else’s name attached, continuing the cult of Wright’s architecture.

In many instances, the book is a bizarre, compelling read, but ultimately the insight into Wright’s work and life is invaluable. Nearly everyone portrayed in in the book sought transcendence through the work in an effort to create something meaningful. The gooey substance, the debauchery that entangles the lives of everyone in The Fellowship, cannot be extracted from the work that Wright did in the second half of his life. His personality cult still haunts architectural history, and Friedland and Zellman expose a piece of what that looked like while Wright was alive.