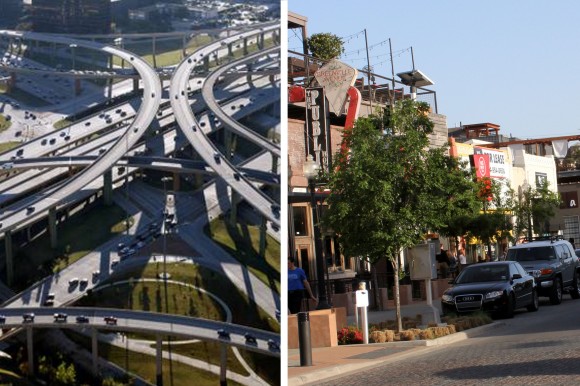 Where would you rather hang out? 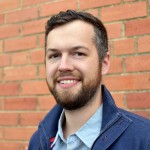 What if, instead of simply trying to make the city of Dallas easier to pass through, we made it a better place to actually be?

789.  That is the number of lower-Greenville type street improvement projects that could be completed if the projected cost for the Trinity toll road were instead used for civic improvements. With an estimated (as of last October) $1.5 billion dollar price tag, the toll road has far exceeded its initial cost estimates.  It cost the city a meager $1.9 million (per January 27 2014 article in the Lakewood Advocate) to implement the street improvements on Lower Greenville. Those improvements created the setting for an explosion of new shops and restaurants. And this explosion is still ongoing. As my wife and I walked there this weekend, there were three new restaurants open since our last outing to the strip, with three more under construction. It has truly become a hub of activity. (Of course, we can debate the merits of gentrification, but that is not the point of this missive.) It has made the neighborhood a truly desirable location.

What if, instead of simply trying to make the city easier to pass through, we made it a better place to actually be? Think of what potential lies currently in countless neighborhoods across Dallas.

For instance, the Mayor has his “Grow South” initiative. Many of the steps of his plan involve infrastructural improvements to southern Dallas neighborhoods. The implementation of the West Dallas Design plan alone (#7 on Rawling’s list) is a 17+ year task which involves creating new streets, parks, and prepping the area for dense development. Let’s send the money into those types of areas.

Let's say in my hypothetical dream scenario we have the full $1.5 billion of the toll road’s proposed cost at our disposal and the city identified thirty, or even fifty areas to receive Lower-Greenville style improvements (or whatever sort of improvements are appropriate for each neighborhood).  Afterwards, there would still be  $1.4 billion remaining for other improvements such as public transit!

According to this story in The Dallas Morning News, the toll road is not expected to cause any meaningful reprieve from traffic congestion when taking the long-term view. It will not even decrease the number of congested lane miles. However, if the City were to shift its priorities to its neighborhoods, an immense amount of good could be done with the substantial amount of money that it will take to build the toll road.