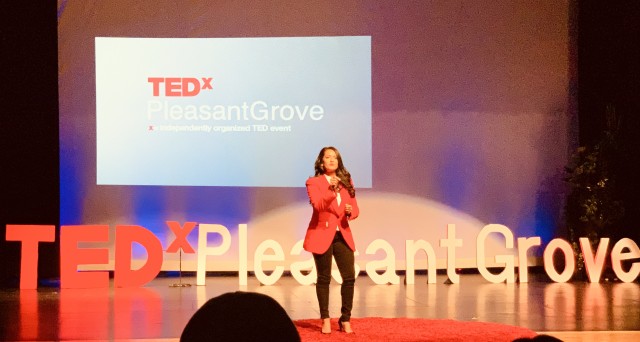 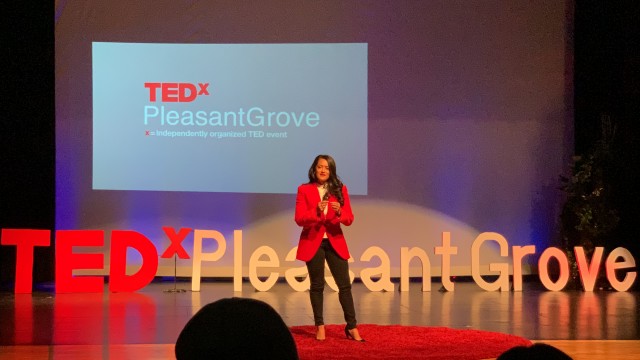 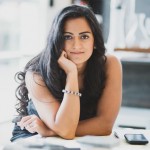 Our members have a reputation of thinking BIG and that is exactly what one of our members, Poonam Patel, did on the TEDx Pleasant Grove Stage. Poonam Patel shares her journey to the TEDx stage as she prepares to be a TEDx speaker for the first time.

Poonam Patel, Founder of Urban Loop Studio, recently presented a talk at TEDx Pleasant Grove. The talk took place on January 25, 2020, at ARSA Auditorium in Dallas, Texas. The process of getting to the TEDx stage was a challenging and rewarding one.

Sitting at happy hour one evening, Poonam was encouraged by a colleague to interview for TEDx. She accepted the challenge and decided to submit an interview video. She was one of 180 national applicants who were invited to submit and, one of 10 who made the cut.

Next came the challenge of figuring out what she could share that would have value for other people or "ideas worth sharing." After some thought and consideration, she decided to enlist the help of others to figure out the content for her video and pull it all together.

As this would be a large undertaking, Poonam came up with a list of people to ask for guidance in preparing her interview video. Drawing from people who had varying areas of expertise, she knew that this was necessary in order to put together the best talk possible. Among the individuals, she invited to join her on this journey and to guide her through this process were communication coaches, former professors from her undergraduate and master’s degree program, Toasmater's group, the AIA, DBA and business mentors. They all happily agreed to walk the journey to the TEDx stage with her without fully realizing what all it entailed as this was a first for everyone.

With the help of her assembled team, Poonam gathered the material she needed for the two-minute interview video, recorded it and had a final version. She submitted it for consideration to TEDx. Then she spent some time reviewing what she had put together.

After some intense scrutiny (and a little anxiety), she decided to record her interview video again and re-submit to TEDx. She was happy with this second version.

And it worked! On October 1, 2019, Poonam found out that she had been selected as a TEDx speaker!  She was one of 10 people selected out of 180 people who submitted interview videos and a huge rush of emotion followed. She was excited, thrilled and determined, as well as anxious and a little fearful, but with the support of her mentors, she knew she’d be prepared for this huge opportunity.

After finding out that she had been selected as a speaker, the preparations for the talk began. First, she was assigned coaches, given recommended reading, as well as access to a TED masterclass. After meeting with her coaches and reading the recommended book, she began outlining her talk. Once she had a full outline it was time to start practicing and listening to feedback on content, delivery, stage presence, gestures, timing, wordsmithing - you name it.

She completed a successful dry run of her talk and from the feedback gathered was able to make improvements to it that she was able to implement during a second dry run. The big day was approaching soon and she felt confident in her preparations and proud of her journey to the TEDx stage.

The video of her talk will be available soon. It is currently with the video production team, and a final edited version is forthcoming. Meanwhile, she has made available a blog and youtube playlist that takes her audience through a journey to the TEDx stage.