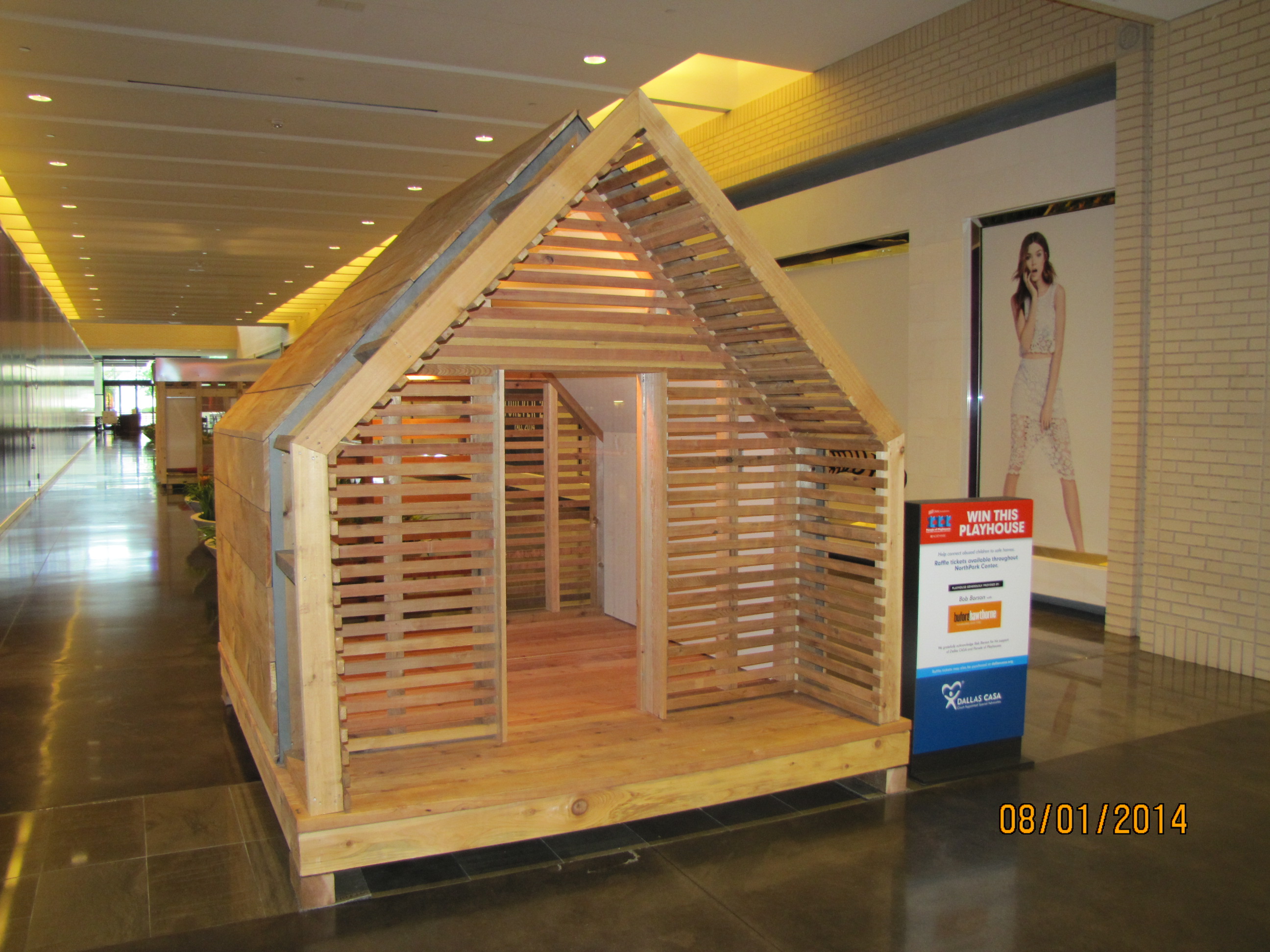 Dallas CASA first asked Bob Borson, AIA, to design and build a playhouse for Parade of Playhouses in 2009. He didn’t have to be asked again.

Since 2009, the Dallas architect has designed and built nine playhouses. The challenge has so captured his imagination, he now runs an international playhouse design competition for architects and design enthusiasts. Winners of that contest designed three of the 16 houses in this year’s Parade of Playhouses which runs July 10-26 at NorthPark Center.

“I don’t know how you’d say no when CASA asks,” said Borson. “Between the challenge of designing a playhouse and the cause Dallas CASA stands for, there’s not a way to say no.”

Dallas CASA is a nonprofit organization that provides volunteer advocates for abused and neglected children in court.

The idea for running the contest came to Borson after he first helped with Parade of Playhouses. The challenge of scaling down a structure, incorporating design and imagination and keeping within design specifications invigorated him. Borson thought the contest would appeal to young architects, and he was right. Now in his fourth year of running the contest, Borson received 162 designs from 59 countries on six continents in 2015.

What Borson loves is the diversity of both nationality and age represented in submissions. Each year, submissions just keep getting better, he said.

Judging takes place in three rounds. An initial review by Borson weeds out any houses that violated design or safety rules, then a panel of judges whittled the list down to 30. Judges are architects, designers, contractors, artists and even a couple of kids who play the vital role of tie-breakers.

“The grown-ups think about budget, constructability, safety and such,” he said. “The kids just know if they want to play in it or not. Their filter is very simple.”

Final judging took four hours this year and was a close contest. The final judging round in 2015 challenged every judge’s preconceived ideas of what makes a playhouse. Judges faced key questions:  Does it need to be an enclosed structure? What function would it serve over time? How would it age? Would people want this in their yard? Would a kid actually want this? How can we build this within budget constraints and still keep the concept intact?

The playhouses are figurative representations of a child’s desire to be a grown-up, but that’s only the start of the appeal of the playhouses to adults and children alike.

“Grown-ups are the guests in these spaces; they have to be invited in,” he said. “No question they are kids’ domain. Kids are taking ownership of something not on a shelf or tabletop – it’s a building. It’s a building for play, for sleepovers and campouts, for imagination and role-playing.”

The most challenging part of the contest for most entrants is scale. With playhouses restricted to a height of eight feet, a tri-level house won’t accommodate a real child.

Borson can count on at least one Rubik’s cube entry each year. Other years develop an unintentional theme. Over 600 entries received over four years have netted not one whale entry; in 2015, Borson received four entries shaped like whales. Another year he received multiple cheese-shaped playhouses; another year was appliance-shaped entries. But, ultimately, creativity rules the contest.

“These are small, bite-sized structures, both simple and complex,” he said. “What’s amazing to me is how unifying they are. You can’t look at the designs and tell where they came from.”

In the end, Borson said the greatest unifier is cause.

If people didn’t feel good about Dallas CASA and the difference their volunteer advocates are making the community, they wouldn’t do it,” he said. “The cause we’re doing this for is what matters most.”