In Context: The Statler Hilton

Llinda Llee the Llama would be proud. The Statler Hilton, the long-time architectural jewel of 1950s Dallas, will reopen with fanfare at the end of 2017. A long-time favorite of preservationists and architecture fans alike, the Statler anchors one of the best blocks of mid-century architecture in the city.

Designed by California architect William Tabler, FAIA, the hotel was built as a convention facility and performance venue. With cantilevered concrete slab construction, the building features large columnless spaces perfect for exhibitions and concerts. The thin curtain wall of glass and porcelain-coated metal provided a splash of sleek color to the Dallas skyline when it opened in 1956.

The Statler has been extensively renovated by Merriman Anderson Architects, combining apartment living and hotel space. Its marble walls and terrazzo floors have been brought back to their original splendor. The ballroom space has been updated with state-of-the-art sound and lighting technology, preparing it to welcome the 21st century equivalent of the venue where stars played in its heyday … Elvis Presley, Frank Sinatra, and Ike and Tina Turner. The adjacent George Dahl-designed Dallas Public Library (1954) is also being restored and will serve as the home of The Dallas Morning News.

And what about Llinda? The llama stayed in a special suite for the 1959 Neiman Marcus South American Fortnight. She remained an ambassador for the Statler over the years and will be a part of the new hotel’s décor, including limited edition sculptures in each hotel room. 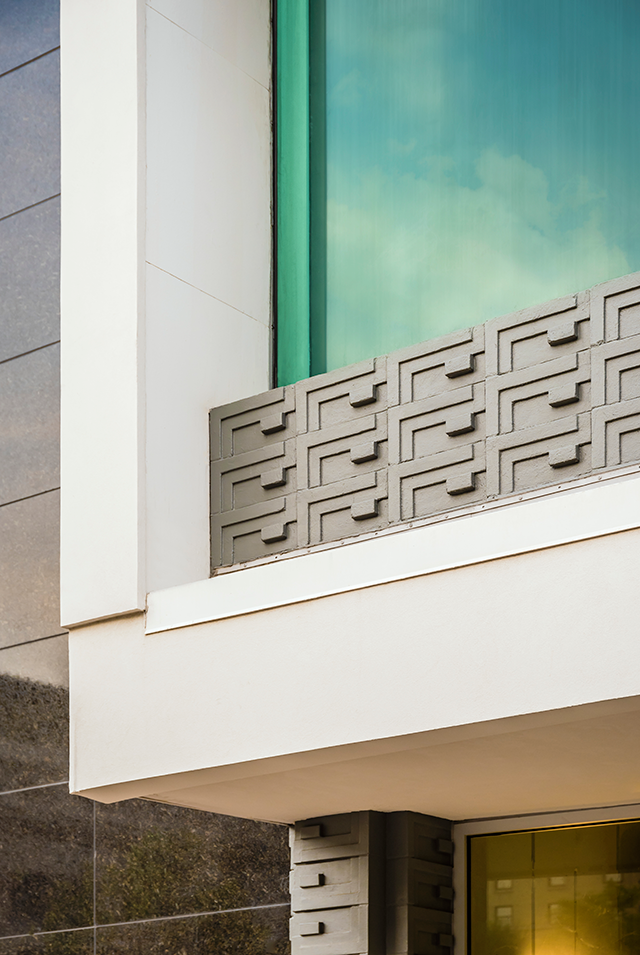 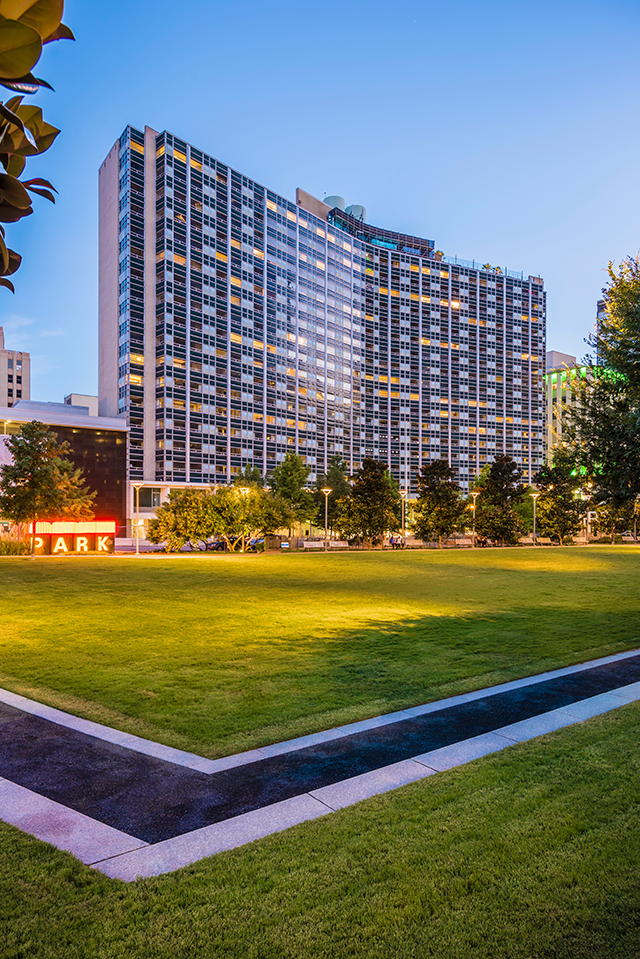