The renovation of the former Belo Building, now 400 Record, is anything but modest. It’s as if the tower kicked up its skirt and unbuttoned its shirt, revealing its flirtier side.

The original 1985 building had an austere façade, typical of the decade, with a walled-off plaza and lobby that turned its back on the street. It was bought and renovated by City Electric Supply, which took most of its floors for the company’s headquarters. CES sought to enhance its desolate corner of downtown Dallas with a more sculptural façade and added amenities.

“It takes a lot to execute a project like this,” said project designer Justin Bashaw of Gensler. “Most of all, it takes an informed patron who wants to bring value to their city and has a willingness to try something different.”

It’s a risky design. The solid walls are replaced by glass, opening up views to the parks flanking each side of the building. Angled steel louvers shade the outdoor plaza and then twist to flat as they push through to the interior. The building’s original — and hot — rooftop solarium was opened to the air, reborn as an outdoor patio and event space. But the most dramatic feature is Bullion restaurant, a golden trapezoidal form jutting from the lobby in sharp contrast to the building’s stone gray body.

Not everyone will like the juxtaposition, but others will appreciate the bit of whimsy it brings to an otherwise staid downtown.

“By all rights I should hate it. Architectural purists will hate it. It is, on the merits, terrible,” wrote Dallas Morning News architecture critic Mark Lamster. “But I love it anyway.”

Contributed by Cindy Smith, AIA, an architect at Gensler 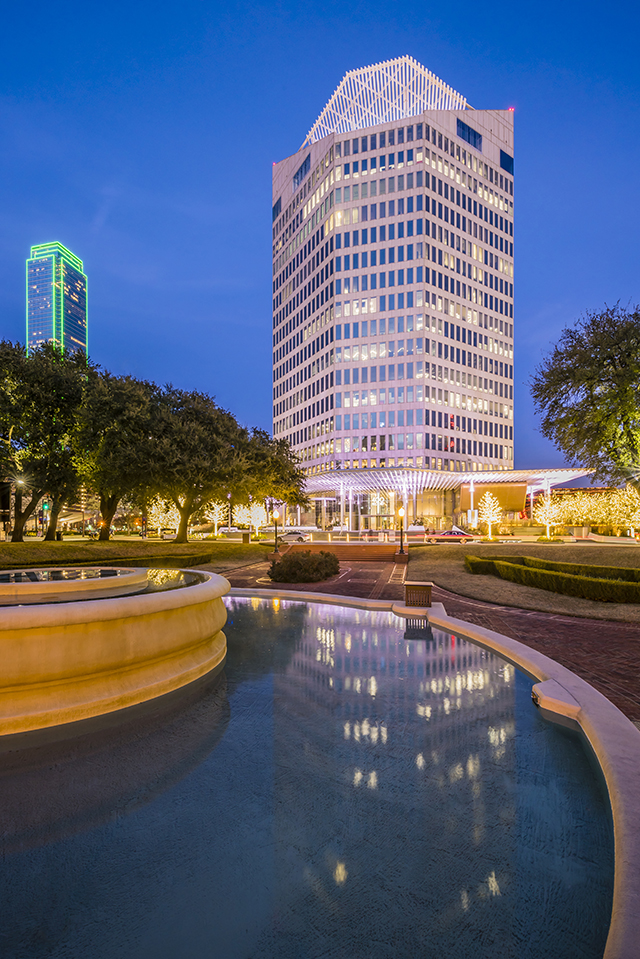 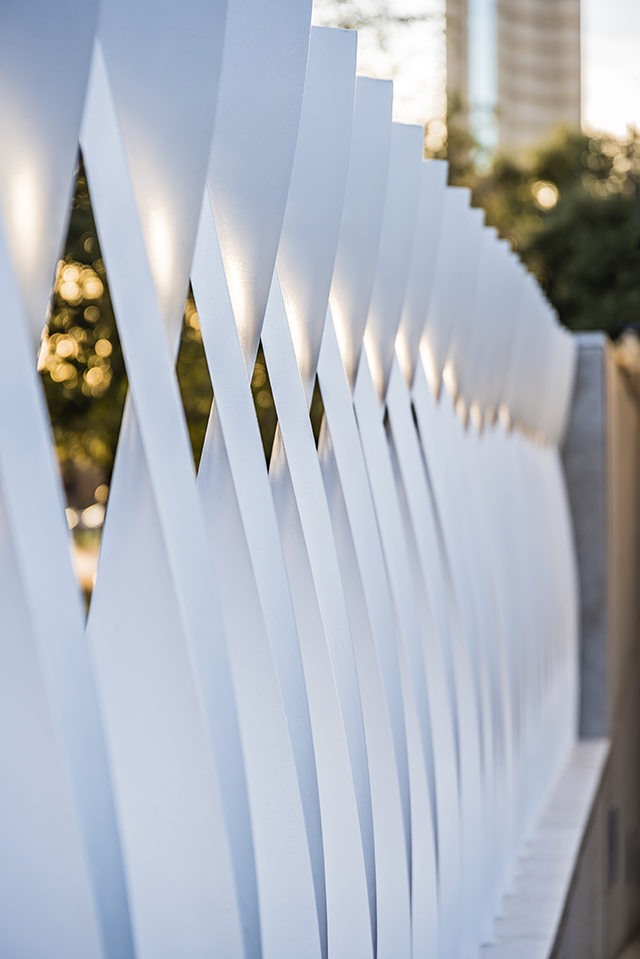 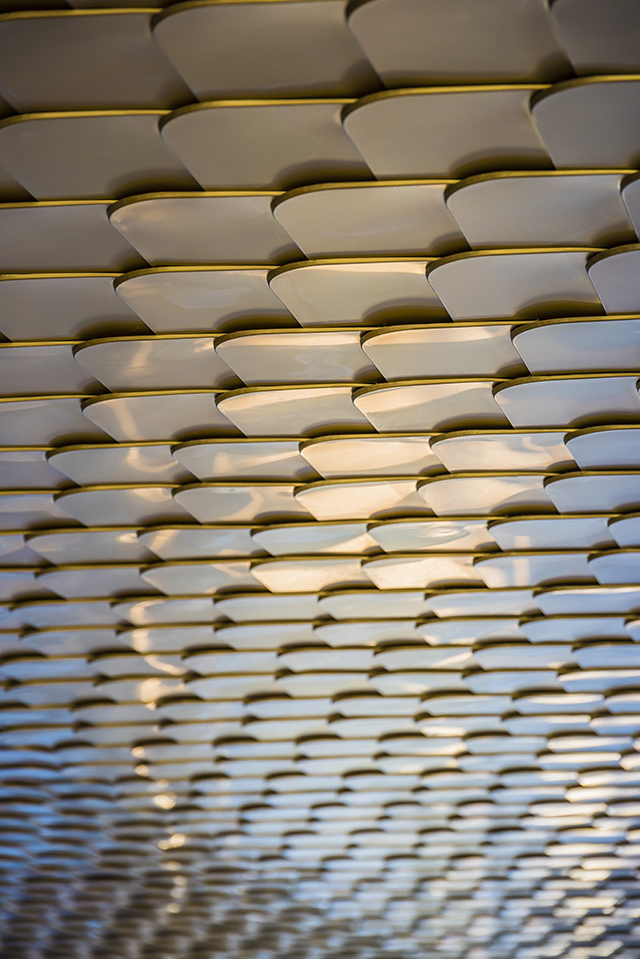 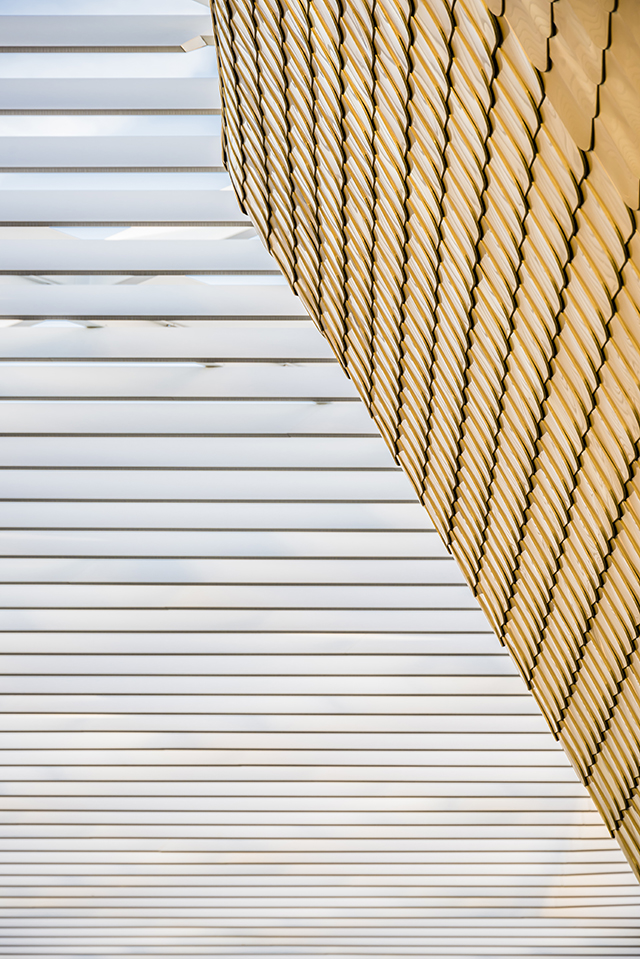 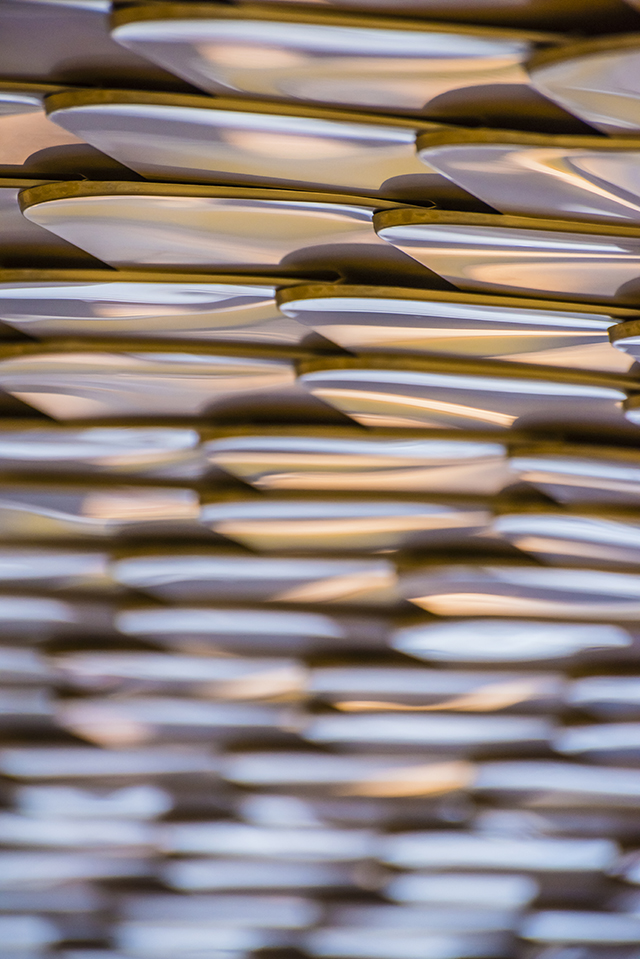 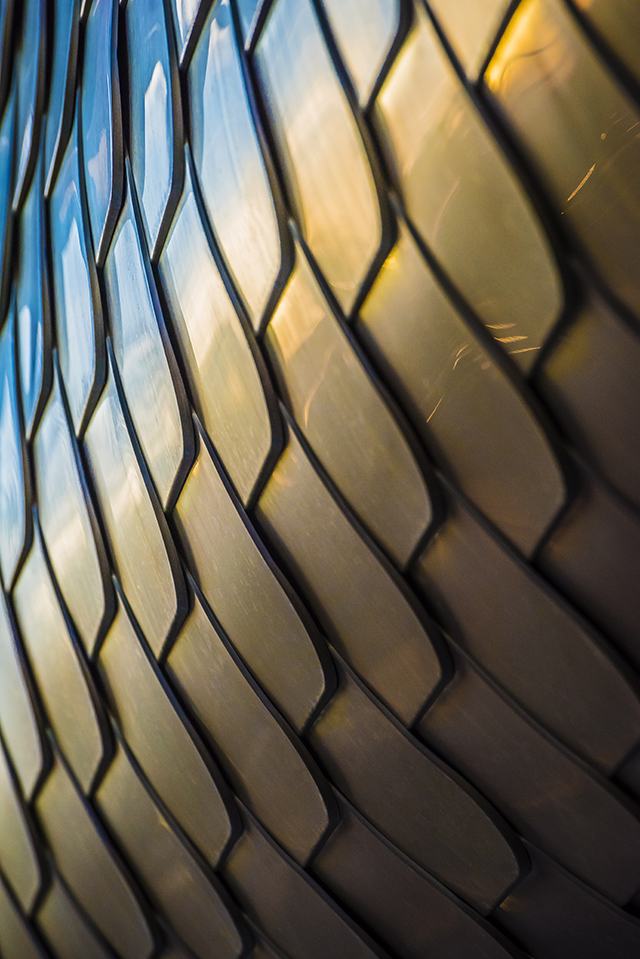