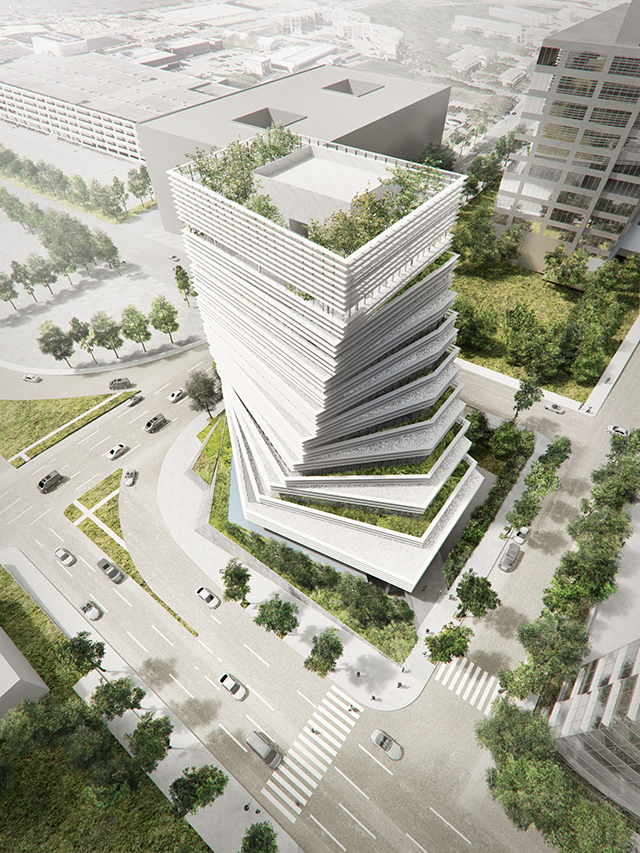 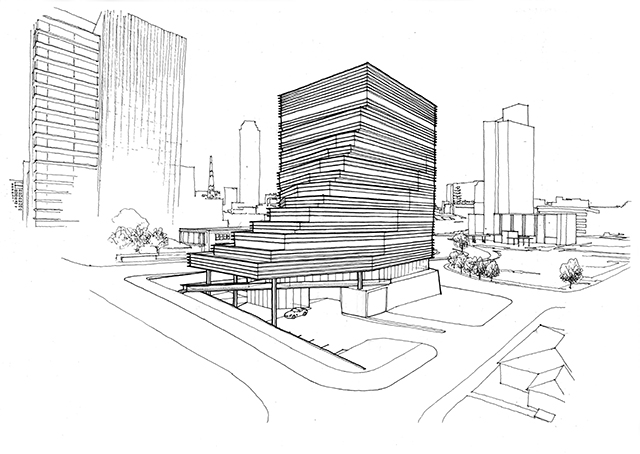 I have been looking forward to visiting the wall at the Rolex building. I feel it’s truly wonderful that the stonemason had an opportunity to show his skills. I saw the work he was doing when he was featured on NHK. We finally will get to see and appreciate it.

The new Rolex Building, situated in the heart of Dallas’ vibrant Harwood District, incorporates a variety of landscaped features on its site. The terraced gardens and landscaped roofs provide a variety of greenspace and create a natural connection to the surrounding street and downtown context. Perhaps one of the most striking elements and components of the landscape design, is the “castle wall” that holds this street edge and grounds the twisting, seven-story tower above. Designed by the Japanese stonemason Suminori Awata, the “castle wall” is a visually striking assemblage of stone that resembles ancient Japanese fortress walls and a geological formation that looks as though it might have been constructed decades before its new tower broke ground. 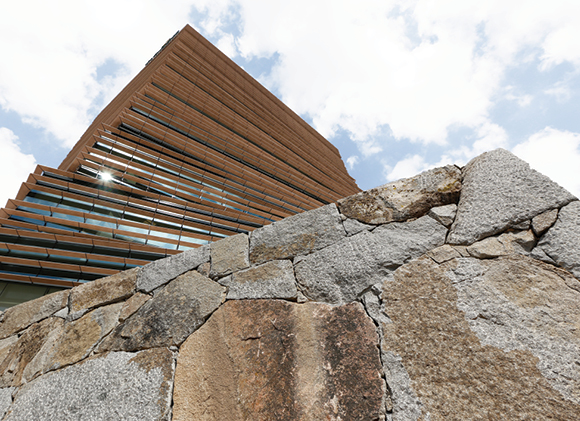 In this interview, Awata speaks about his new work in Dallas, his process and principles, and the challenges even a 15th-generation stonemason like himself must face when constructing a large-scale wall such as this.

How did you get involved in this project?

I became involved through Mr. Kengo Kuma, the design architect, and Mr. Sadafumi Uchiyama, a garden curator, both of whom I worked with at the Portland Japanese Garden. They were hired to design the building and Japanese gardens for the Rolex project.

As a 15th-generation stonemason, can you tell us a bit about your family's history and the principles and practices that you have carried with you in your own work?

Did you have any insight from building the Portland Japanese Garden walls that you brought to this project? Did you utilize the same techniques?

I used the same principles of Anoshu-zumi (the Ishizumi School of Masonry) that were applied to the construction of the Portland Japanese Garden walls.

What is the process of selecting and arranging the stones?

The most important step in the process of constructing stone walls is the selection of stones. Since there are no plans drawn for walls, I go to a quarry where I spend a day or two walking around, memorizing the characteristics of each stone, and figuring out where each stone will be set.

Do the stones selected have individual meaning?

No, I give meanings to each stone individually while I am setting them. There are various types of stones—large stones, small stones, pretty stones, rugged stones, etc. Just like human society, each stone has its own role and place; therefore, no useless stones exist. These stones with various characteristics are the representation of our own society.

You have described spending much of your time restoring walls built by your family. Are Dallas and Portland the only two you have built from the ground up? What does it mean to you to create your own castle walls?

No, they are not. Although the number of new construction projects are decreasing each year, there are still new projects in which I have been engaging. However, most of these jobs don’t involve the large-scale stone wall constructions like the Portland Japanese Garden and the Rolex Building. It is important for us stonemasons to construct walls from the ground up in order to improve our techniques. In fact, in present day Japan, such opportunities to improve our masonry techniques are very hard to find. I was lucky that I was able to work for both projects in Portland and Dallas.

Do you have a favorite castle?

Yes, that would be the Takeda Castle Ruins in Asago City, Hyogo Prefecture. It is called “Japan’s Machu Picchu.”

In modern architecture, I particularly like the buildings designed by Kengo Kuma because he incorporates natural elements, such as trees, water, and stones into the modern buildings. I feel lucky that I had the opportunity to work with him for this project.

What are your impressions of Dallas?

I have been to many places in the U.S., but this was my first time being in Dallas. I became very fond of this city. My impression was that this is the real America (“the America”) where modern streets and old streets coexist. I particularly enjoyed the gorgeous night views in downtown Dallas.