Early in the decision process to relocate their Dallas office downtown into the rehabilitated Dallas High School, Perkins+Will (P+W) made the decision to reclaim the central lobby space as a leasable area.  Serving as a multi-purpose room, the voluminous hall connects the studios located throughout the second [ground] and third floors.

This is part of an effort by P+W to create more multi-disciplinary studios. Said Ron Stelmarski, AIA, design director, “We all want practice knowledge, but what’s important is cultural knowledge within the office.” The space also creates a dramatic sense of arrival into the building; a culmination of grade changes starting from the DART station located outside the building’s front doors.

The National Park Service limited the addition of finishes cladding the interior shell conditions of the facility. Working closely with the building owner, MSW Crozier Tech LP, and with Merriman Anderson Architects, the base building and historic architects, P+W used this opportunity to execute a minimal touch to the space that focuses on the harvesting of daylight and capitalizes on formal existing circulatory paths within the building.

Enhancing the perception of connectivity between the multi-purpose space and the studios was another important factor exemplified through the vertical circulation. Added Interior Design Director Courtney Johnston, “There are already four stairs in the building—one in each corner. When it came to adding another communicative stair, we didn’t need it—we wanted it.” View the section here.

James Adams, AIA, RIBA is a senior associate with Corgan, with assistance from Ezra Loh, Assoc. AIA, a designer at Corgan, and Kevin Kinsey, a designer at Perkins+Will. 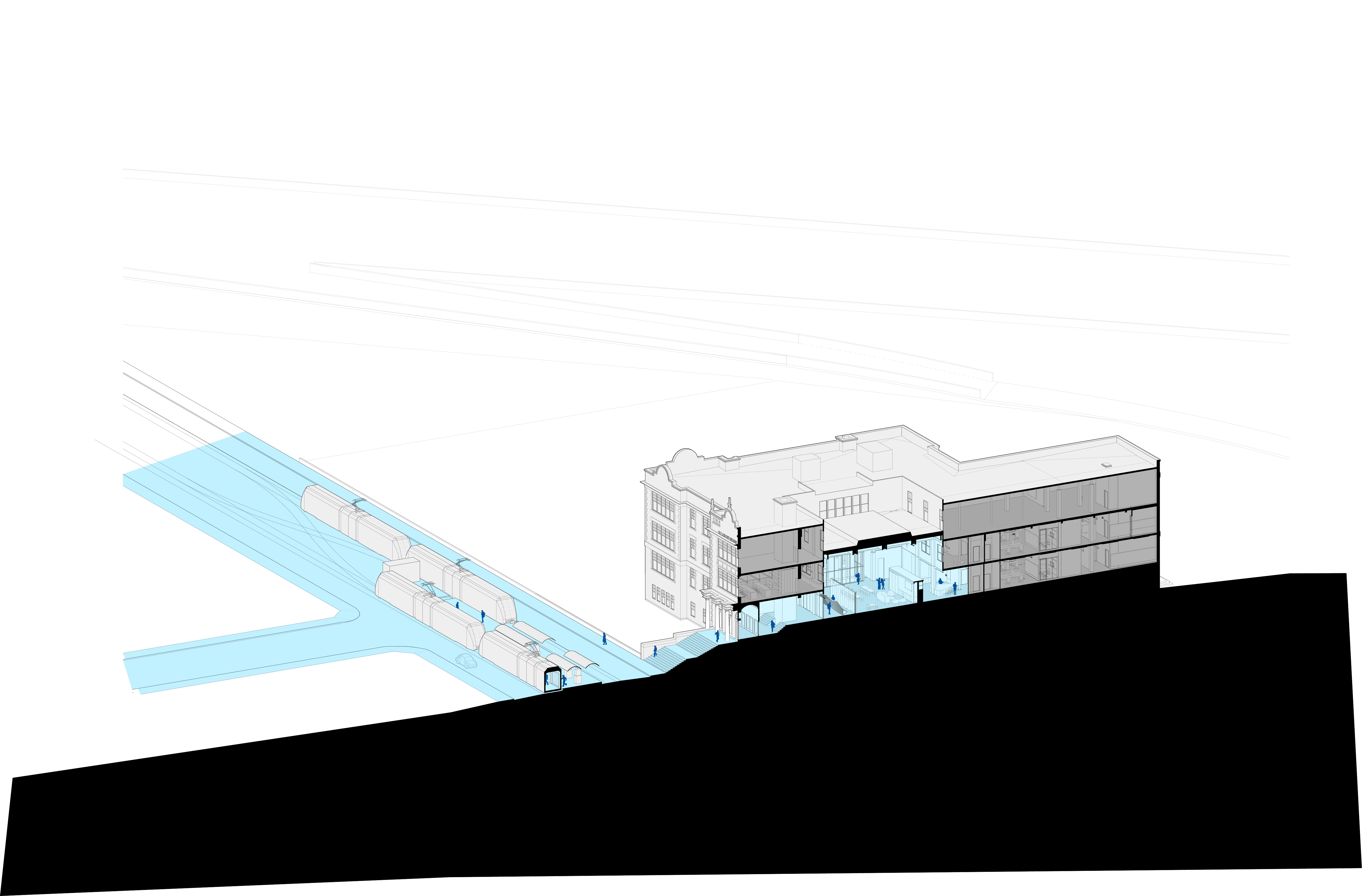