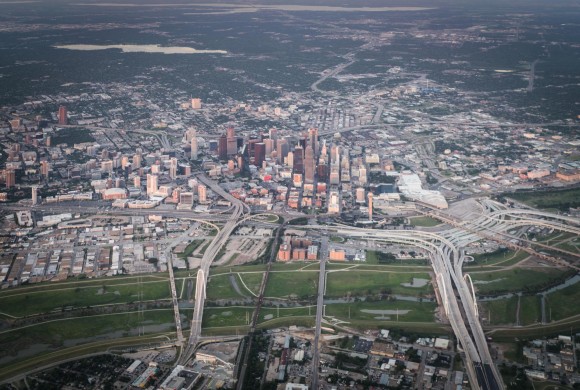 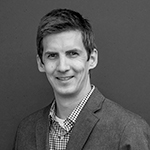 A lack of equity in access to jobs, housing, and other simple necessities has plagued Dallas for decades. Could an increase in density and a decrease in area work to solve the equity issues in Dallas?

It is a blessing and a curse to be a practicing architect who grew up in Dallas. Over the course of my life, I have seen the city change in many ways. For better or worse, many parts of the city are nearly unrecognizable from their past. While the physical fabric of the city has changed over the last thirty years, a lack of equity has remained an unfortunate constant. However, a more compact and dense city might be able to change that fact.

Equity has become a popular topic of discussion lately and is often interchanged with equality. However, they are not the same. Equity is best defined as being free from favoritism or bias. A city focused on equity would provide the means for everyone to thrive, whereas a city focused on equality would simply provide the same means for everyone. In modern Dallas, a lack of equitable opportunities has become commonplace. A child who is raised by a family earning in the bottom one-fifth of income has a less than 10% chance of reaching the top one-fifth of income as an adult. This is largely due to limited access to education, transportation, job opportunities, and housing. The majority of households below poverty are located in South Dallas, while the growth of job offerings has occurred in the northern suburbs. Less than one-third of the affordable housing offerings in Dallas are actually affordable once transportation costs are factored into the equation.

The sobering statistics that reflect the lack of equity in access to transportation, jobs, housing, and simple necessities like health care and grocery stores have inspired me to ask a lot of questions about our city. One that I continually come back to is: what kind of city would Dallas be if was compressed? If the area was cut by half and the density was doubled (keeping the population the same), would Dallas present a more equitable environment for upward socioeconomic mobility?

So, what would this new Dallas look like? To begin, current open space and public parks would be preserved. Open public space is important to maintaining a healthy urban environment. This summer I experienced first-hand what urban parks in a dense city are like when I spent four days in New York City. Each neighborhood had their own park and even during the middle of the day, there was a flurry of activity. White Rock Lake, Kiest Park, or Reverchon Park – to name a few – would remain unchanged, while the neighborhoods around them might absorb an increase in density. These parks are important to the fabric of the city because they serve as proverbial front yards that foster and encourage community connectivity and activity.

With an increase in density, it’s imperative that an increase in public transportation must follow. Roads would be downsized or removed because there would more options for transportation, and people would be able to live closer to their jobs. Our city would become less reliant on the individual automobile as a means of access to a job. With fewer and smaller roads to maintain, the city council could appropriate more funding for the expansion of local public transportation. Neighborhood connectivity and not suburban commuting would be the new focus of our public transit systems. Instead of roads dividing communities, activated sidewalks and human-scale development along our thoroughfares would unite communities. Simply put, a walkable neighborhood is an equitable neighborhood.

All of this could likely be achieved without changing the innate characteristics of neighborhoods and an increase in density could be achieved in numerous ways. As Dallas became less dependent upon the automobile for daily errands, the need for parking would be minimized with zoning code rewritten to remove parking minimums. With a significant decrease in dependence on the personal automobile, countless acres of underutilized existing parking lots would become available for urban infill. What if the typical development at major intersections were mid-rise, mixed use development brought towards the sidewalk edge? Our neighborhoods and thoroughfares would begin to resemble a human scale that would encourage walkability. Many neighborhoods in southern Dallas are much less dense than neighborhoods to the north, resulting in acres of vacant land ripe for development. Urban infill projects would increase density in these neighborhoods that were decimated by suburban sprawl. The new development would be designed and built with street level retail, office, and dining. A mix of small, medium, and large development would entice tenants and individual buyers from a mix of income levels. New jobs would be accessible by a variety of transportation options, ranging from walking and biking to light-rail, streetcars, and buses.

As a native Dallasite and an architect, I feel a personal responsibility to repair the ailments of my home city. However, I know that it will take everyone to revitalize the urban core and reverse the trend of northward urban sprawl. By becoming a more dense and compact city, we have the potential to be a more equitable city. The envisioned neighborhoods of Dallas would have easier access to jobs and housing. Multiple options for transportation would allow everyone an opportunity to move about the city. At the end of the day, all citizens benefit if we intentionally design our communities and not just wait for happenstance development.