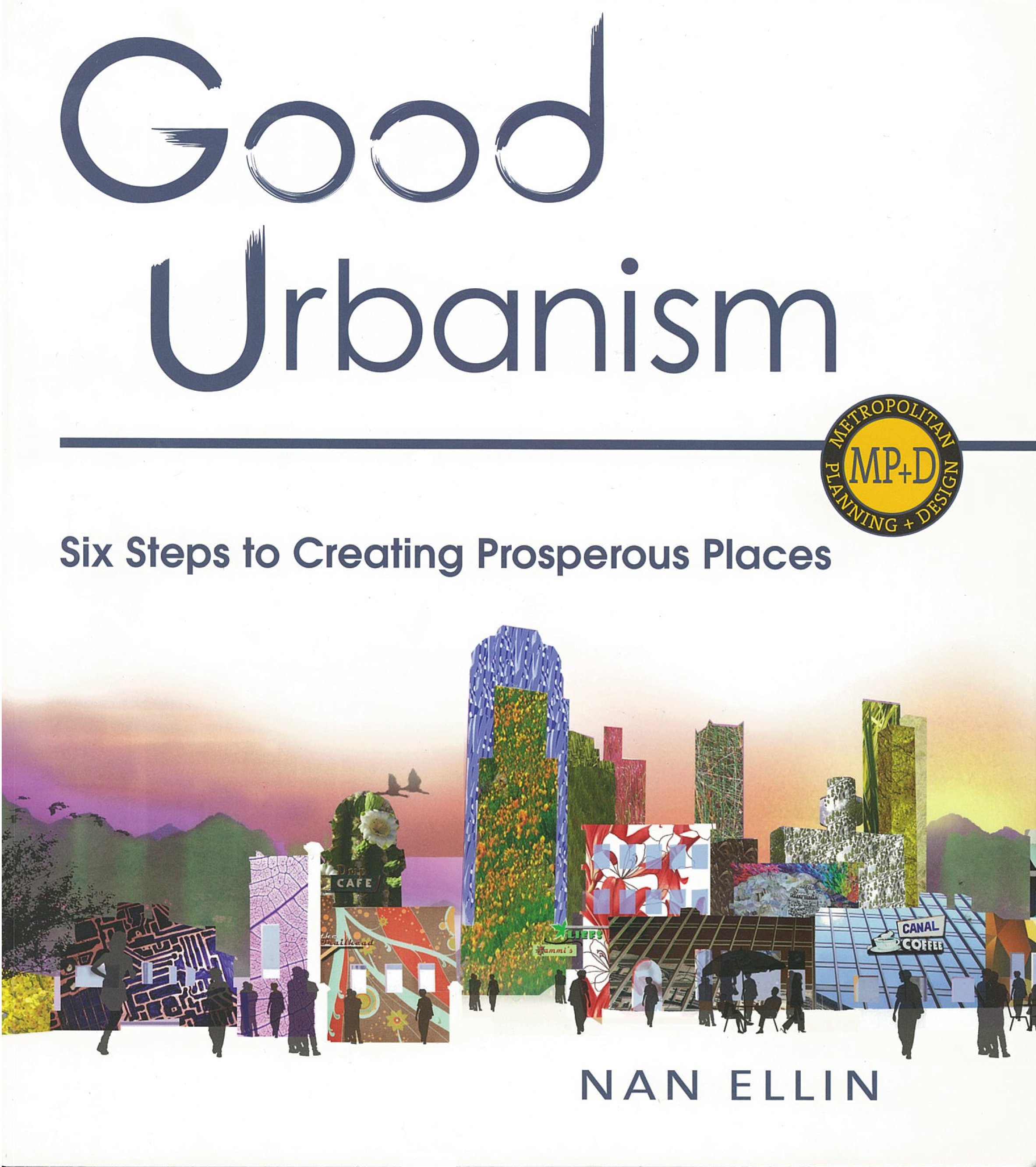 If we want to engender a strong connection to the places we inhabit, how do we get there?

Author Nan Ellin—the current dean of the College of Architecture, Planning, and Public Affairs at the University of Texas at Arlington—acknowledges that while there already is a broad consensus on what good urbanism looks like, getting to this desired outcome often proves painstakingly difficult. Readers are challenged through her book to re-orient their focus when examining urban places by refraining from pointing to all that is wrong and instead to focus on potential.

Good urbanism requires uncovering a place’s inherent strengths, or “gems,” sharing that knowledge with others, generating workable concepts, and communicating them effectively. Ellin lists six steps to creating urban places that are prosperous due to the love they receive from those who inhabit them: prospect, polish, propose, prototype, promote, and present. Each is described in detail with various case studies from throughout the United States in a way that illustrates them in action.

Far from calling for seductive and elegant plans crafted by outside designers and experts that once was so common, Good Urbanism: Six Steps to Creating Prosperous Places (Island Press) seeks to expand on the talents and passions of the people who live in and are deeply invested in the city. It calls on them to work collaboratively in order to affect positive change in urban places dear to them.