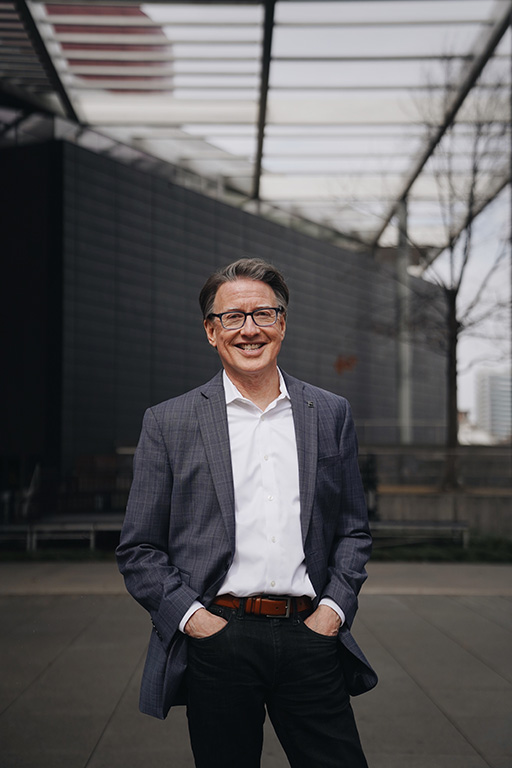 Join us in celebrating one of four AIA Dallas members who have been elevated to the College of Fellows this year.

Only three percent of AIA's 96,000 members have received this prestigious honor. The Fellowship program was developed to elevate those architects who have made a significant contribution to architecture and society, and who have achieved a standard of excellence in the profession. Election to fellowship not only recognizes the achievements of architects as individuals, but also their significant contribution to architecture and society on a national level.
Learn more about Fellowship >>

Mike’s steadfast and visionary leadership, and gifts as a teacher and mentor, are the traits he marshaled to assure a more prosperous and equitable future for the Texas Society of Architects and for the profession.

For the past decade, Mike has led the Texas Society of Architects, through numerous committee posts and elected leadership positions, including President, to influence and advance the organization.  As President-Elect, Mike focused on the urgent issues facing Texas and the profession, and adopted the role of messenger, emphasizing the lack of access to and diversity within the profession, climate change, and population growth, all amplified by his President’s letters in Texas Architect magazine.  As President, Mike led the annual TxA conference in Galveston, crafting the theme, keynote addresses, and his own speeches around these critical issues. Throughout his tenure, Mike has been a force of change, a persuader, while ensuring financial and organizational stability.

Mike has presented workshops and continuing education sessions at AIA national and TxA conferences since 2009 on financial management for design firms.  Since 2013, Mike has presented college-level material on the subject, and delivered lectures to professional practice classes at the University of Texas at Arlington, and at his alma mater, the University of Notre Dame.

Mike invests significant time and energy in coaching and preparing aspiring young professionals.  His love of mentoring, and giving back, has manifested itself in his steady encouragement of emerging professionals at his firm and elsewhere, assisting and advising them on their professional journey.  Mike has also been a tireless advocate and volunteer with his university alumni club, with parochial schools in Dallas, and with other civic and community organizations.

Mike serves as Principal and COO at OMNIPLAN, which he joined in 1995.  He lives in east Dallas, where he is an avid cook, reader, and cyclist.

Hellinghausen was granted fellowship in object three, which is given to architects “who have actively, efficiently, and cooperatively led the Institute or a related professional organization over a sustained period of time and have gained widespread recognition for the results of their work.”