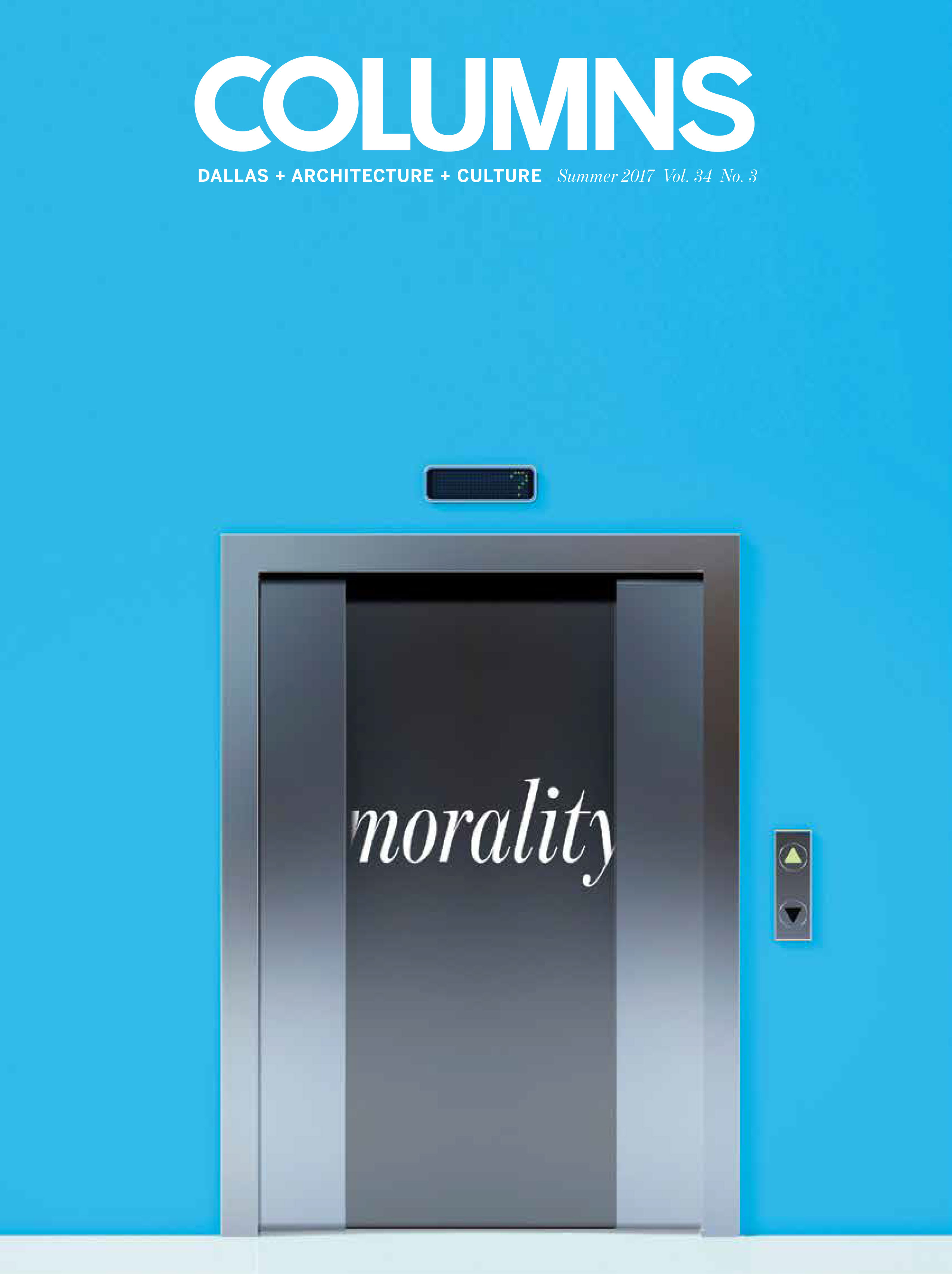 Columns Editor's Note: Where Would You Draw the Line?

Nine months ago, in the thick of our most recent presidential election, we sat down to craft this year’s themes for Columns. We wanted to address important topics that seemed relevant to our country and our community and discuss them in the context of the architectural profession. The themes so far this year for Columns (Equity, Ego, and Morality) could not have been more fortuitous and relevant to many of the cultural, social, and political conversations that have occurred over the past several months and that are ongoing—not easy topics to tackle, especially as they relate to architecture, but we wanted to give it a try and most importantly, start a conversation within our profession.

As discussions were ensuing, heated conversations encouraged, and features being written for this issue, a lot of thought-provoking topics came up as to our moral compass as architects and the importance of our profession. However, few wanted to tackle one particular item for this issue that kept coming up in conversation (and quickly dropped). The Border Wall. Dare we talk about it or take a stance? Should I write about it? If I was going to discuss it, I had better be well-informed. So, I did my research, and it went on and on, and is still ongoing. From politicians to theologians, world leaders, environmentalists, and yes, architects all having written reams of information on the morality of this wall, or taking on the commission to design this wall. It was overwhelming to say the least, and so much more than what I was going to tackle in a half-page note. What did occur (as I was wanting to understand this very current moral dilemma) was a newfound sense of questioning my own ethics and moral compass and what I would do or not do as an architect. I am now bombarded with questioning.

Does morality enter the process of accepting or rejecting a commission? Would you work on the wall? Would you work on another commission that was equally as controversial? Where do you draw the moral line as an architect? How do you define what’s right and wrong and impose your morality on others? Should we compromise? Is there ever a conflict between the morality of an architect and the morality of a client? Do architects impose their morality on their communities? Does our president give clear moral guidance—should he? Who determines what’s good and bad? Can I make it better by working on it? Just because you can do something, should you? What won’t you build? Is an architectural commission a matter of conscience? Can I make it better? Can an architect be an agent of change?

While the questioning will continue, we hope this issue of Columns starts a dialogue here in our community on the ethics and morals of architects and architecture. As you read this issue, I hope you develop your own understanding of what is the “right thing to do.” And if you were curious, this editor and architect feels that the proposed border wall is morally wrong, further polarizing an already divisive America, and cannot support infrastructure defined fundamentally by separation and inequality. That is where I draw the line.