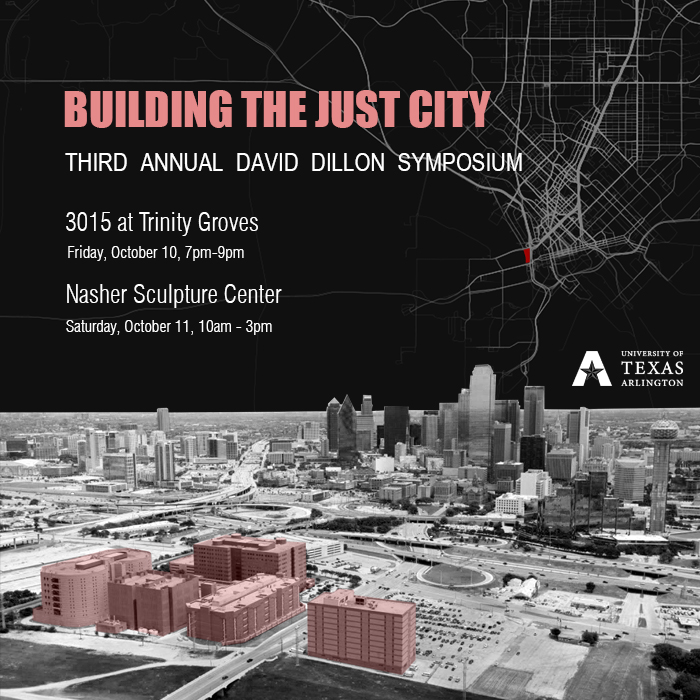 REGISTER HERE for the Symposium

The third annual Dillon Symposium, coming up October 10-11, 2014, will explore the open-ended idea of “Building the Just City.” Over a dozen speakers will share diverse perspectives on the idea of justice, from the fields of architecture and design but also from urban affairs, social work, policy, policing, and history. By placing architectural issues in this broad context, the Dillon Symposium encourages interdisciplinary conversations and solutions to our most vexing urban problems.

From its beginnings, Dallas was modeled on a particular image of justice, linking architecture, city planning, and the authority of the state in a diagram of centralized authority.  The 1892 bird’s eye view of Dallas places the county courthouse, a potent symbol of order, at the top center of the border, and shows the tower of Old Red at the heart of the intersecting city grids, rising above the prairie city spreading around it.  Justice and order were at the heart of the nineteenth century conception of new cities in Texas and the building of a courthouse and its jail provided an architectural framework for the civilizing projects of westward expansion. 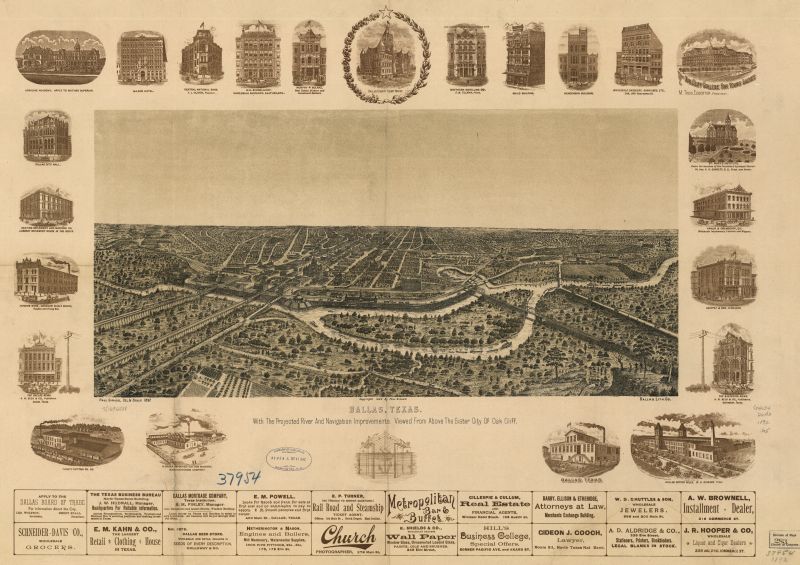 Today we might ask how much of this 19th century framework still underpins our understanding of justice in the city.  The Lew Sterrett Justice Center serves as a gateway between West Dallas and downtown and is an integral part of our shared urban experience.  It is a forbidding complex that ironically was criticized upon its completion in 1982 as too “plush” with amenities for its inmates (“New Jail Called Insecure, Plush” Dallas Morning News, 7/5/1982).  The product of a collaboration between five architecture firms that each received a sizable piece of the commission for its design and construction – including Dahl, Braden and Chapman; Jarvis, Putty, and Jarvis; Wright-Rich and Associates; Moffat D. Adams; and Smith and Warder – the project was controversial from its start.  The project developed during the mid-1970s out of the need for a state of the art facility that would solve the county’s problems with inhumane conditions for prisoners.   But by its dedication in December 1982, the facility was embroiled in controversy over skyrocketing construction costs, malfunctioning alarm systems, and missing smoke alarm installations. 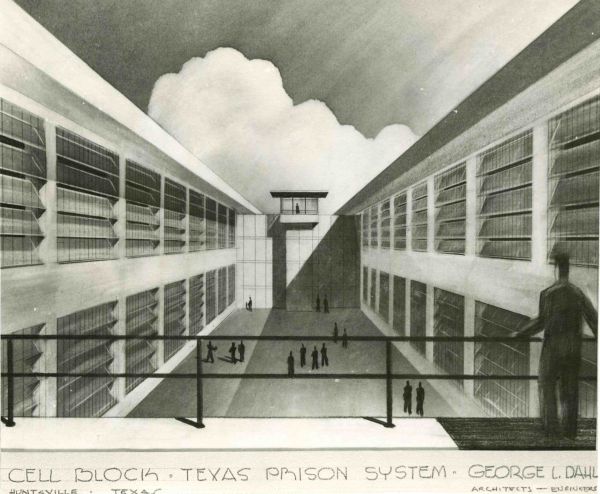 Dallas was a center for prison design from the 1960s to the 1970s, led by George Dahl’s firm.  Though Dahl is best known in Dallas as the architect of much beloved Fair Park and the Old Dallas Central Library, a modernist gem, a large portion of the firm’s profit came from state contracts for prison facilities clustered around Huntsville and across the state.  As the prison system expanded during the 1960s, the firm built more than 15 facilities, including the Ferguson, Ellis, and Eastham Prison Farms, the Coffield Unit in Anderson County, and the Mountain View School for Boys, projects worth more than $20 million.  There were numerous smaller projects as well for new cell blocks, chapels, and Corrections Department training facilities.   They reflect a conservative design approach, using the panopticon and vertical stacks of cells that had long been part of prison typology. 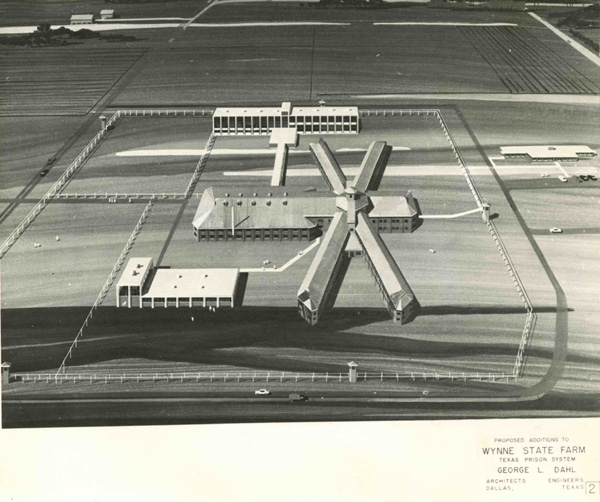 These commissions exist out of the public eye and apart from public considerations of Dahl’s work – but the massive scale of these projects must surely cause us to reconsider the firm’s practice and its impact.  The Dillon Symposium will provide an opportunity to ask these kinds of questions about the links between architecture and our current conceptions of justice and fair society.  Are architects complicit in the creation of surveilled public spaces and systems of imprisonment?  Can they be a part of solving the problems of homelessness, inequity, and incarceration that face our cities and suburbs?   Can we separate the design of justice from the design of the city?

Kathryn Holliday is an architectural historians and director of the David Dillon Center for Texas Architecture at the University of Texas at Arlington.

The Dillon Symposium is organized by the David Dillon Center for Texas Architecture of the School of Architecture at the University of Texas at Arlington and is sponsored by the Dallas Morning News and the Nasher Sculpture Center. REGISTER HERE

With many thanks to Nancy Sparrow, curatorial assistant in the Alexander Architectural Archive.