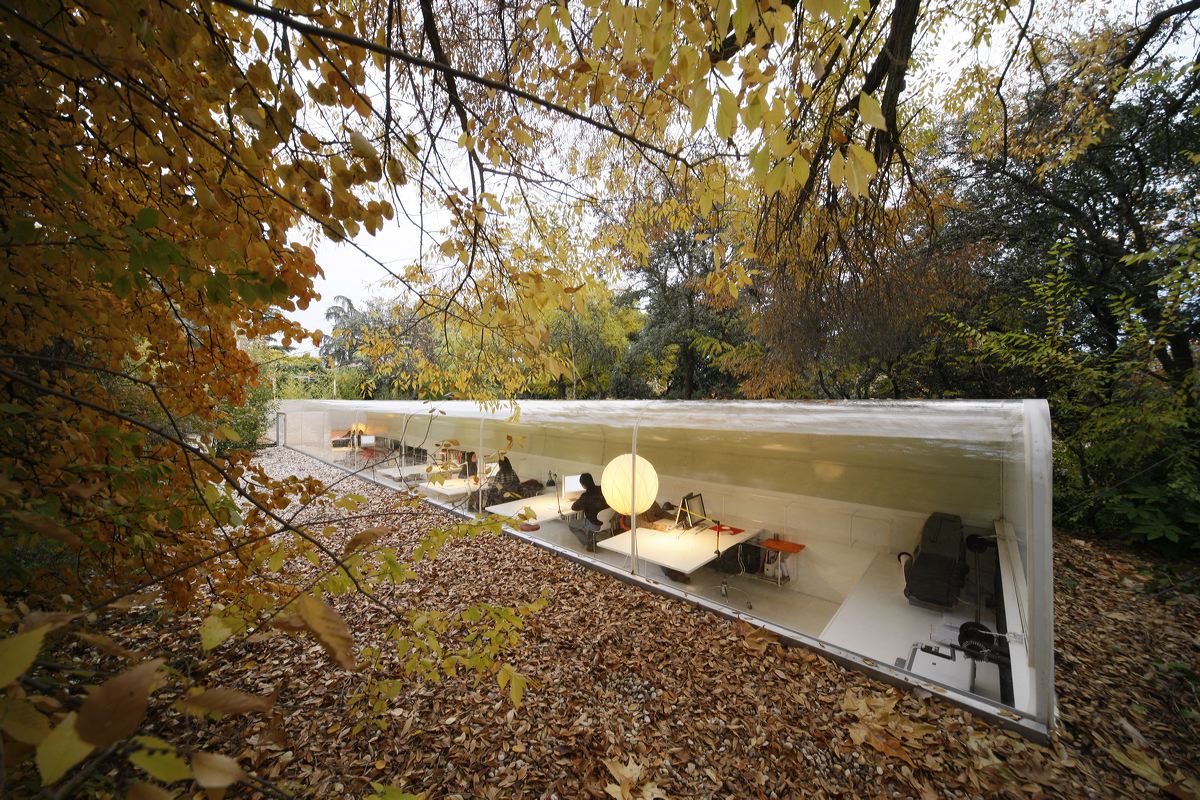 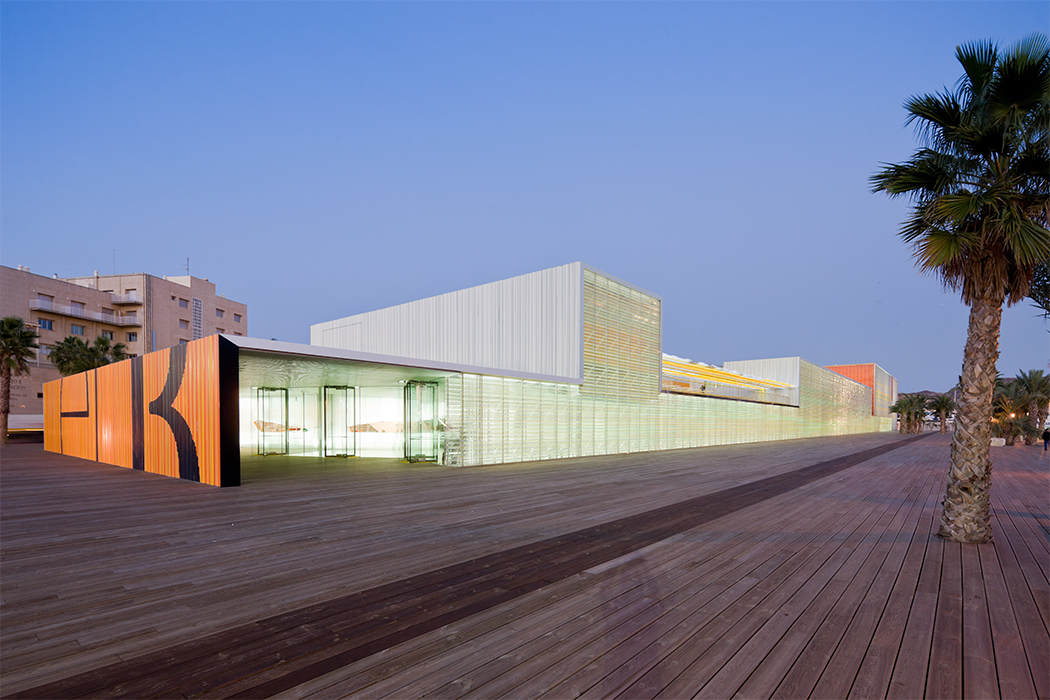 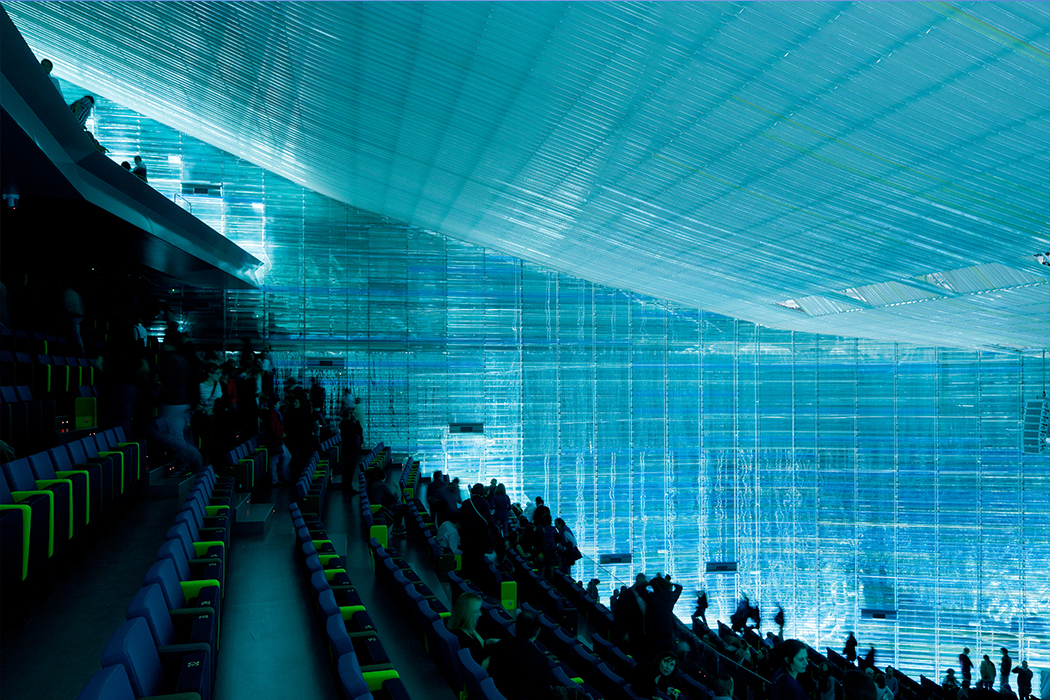 An evening with Jose Selgas

Following an evening lecture given to the Dallas Architecture Forum in February, Jose Selgas presented the recent work and principles of Selgas Cano.

Jose Selgas describes the work of Selgas + Cano through a set of terms that speak to a process that is simple, to the point of obvious. The cognition of environment as the central medium is often an underutilized aspect in the architecture of today however; their work is not limited merely to the natural setting. It encompasses all that influences a building, from the people and culture surrounding the work to the historical nature of the context. The expression of human craft is a central medium throughout that gives an unexpected intricacy to an already conscious and respectful process.

The first project presented by Jose, the Palacio de Gongresos in Badajoz, Spain, transforms a former bullring in the center of the city into a cultural node. Though the public program is new, the formal layout of the ring is maintained through an open air buffer. The outer screen, wrapped in acrylic tubing, is set in front of a lit, polycarbonate volume, expressing the historical nature of the geometry. Scaled to hand, the screen is placed with minimal attachment and allows for simple installation yet allows for the inherent properties and spans to shape into a woven form. Set in front of the interior volume, the screen disappears at night, calling attention to the center of the ring that now acts as the meeting hall. 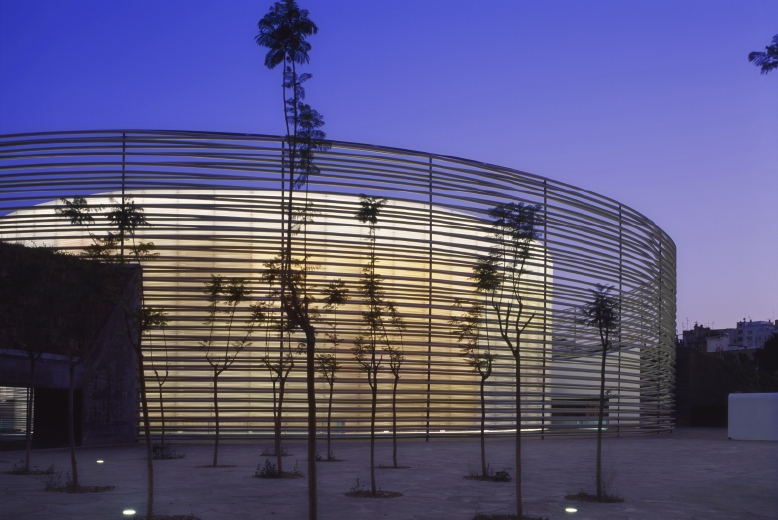 The void space is expressed further through placing the entrance underground. With the canopy acting as a “crank” for the centrifugal gesture of the hall, the circulation hides the entry sequence from view while calling attention to the sunken volume of the former ring. The progression gives the meeting hall its proper significance. With cues of the polycarbonate illuminating the interior volume, the space opens dramatically to reveal the public hall beneath a dramatic translucent ceiling plane, a surface that appears to be in constant movement as the shadows cast through the oculus move throughout the day.

The mandate of their work, spoken loosely, comes together seamlessly in the architecture of their own office. Dropped into the landscape, the architecture is stitched with its surroundings with no removal of trees on the site. The materiality is simple from the outset with complexity expressed through an interaction with nature. Selgas calls attention to the roof, made from polycarbonate. Practically, the material provides an inherent acoustical value through minimal material use. Poetically, nature’s shedding activates the roof through the unpredictable patterns created by the layers of leaves that come to rest or the rain that falls and sweeps across the plane.

Selgas, alongside partner Lucia Cano, view the office as a space that offers much inspiration to a firm that deliberately remains small, allowing their office more freedom to listen and collaborate intently upon their research and development. As such, their portfolio remains selective and explorative with each project speaking to its particular condition uniquely.

Perhaps the greatest focus of environmental response is through their exploration of materiality. Material and detailing inherently elevates their work to a level of expression that is not solely based around performance attributes. Casa Silicon provides a clear explanation. Composed primarily of concrete, the formwork used in the board formed walls that line the exterior of the volumes is taken directly from the trees removed from the site. Once finished, the boards were transitioned into the path that winds through the tree canopy. Nothing is wasted with more landscape added, rather than subtracted, in the outcome.

As Jose reflected upon his time in Dallas, he has seen here, and throughout his tenure at MIT in Cambridge, a passion growing in our urban centers toward a sense of care and compassion in the urban fabric that is present. Though Jose still recognizes that forces are present that hinder this process, he feels optimistic on the growth of exploration within America and beyond.

The most striking of his comments challenges the purpose of adding additional architecture to our cities in the traditional sense. When considering the natural and cultural settings of our cities, architecture should be of respect and regeneration with the newness coming from the opportunities inherent throughout the evolution of our urban setting,

You can find out more about the work of Selgas Cano through their website selgascano.net. Their work has also been published recently in el croquis 171, available now at elcroquis.es.

For more information on upcoming Dallas Architecture Forum events, including the upcoming lecture with Gregg Jones of Pelli Clarke Pelli on April 23rd as well as the upcoming panel discussion with Marcel Quimby, FAIA on April 8th, visit their website at dallasarchitectureforum.org.

All photos provided with permission by Selgas Cano