Brought to you by: Committee On The Environment 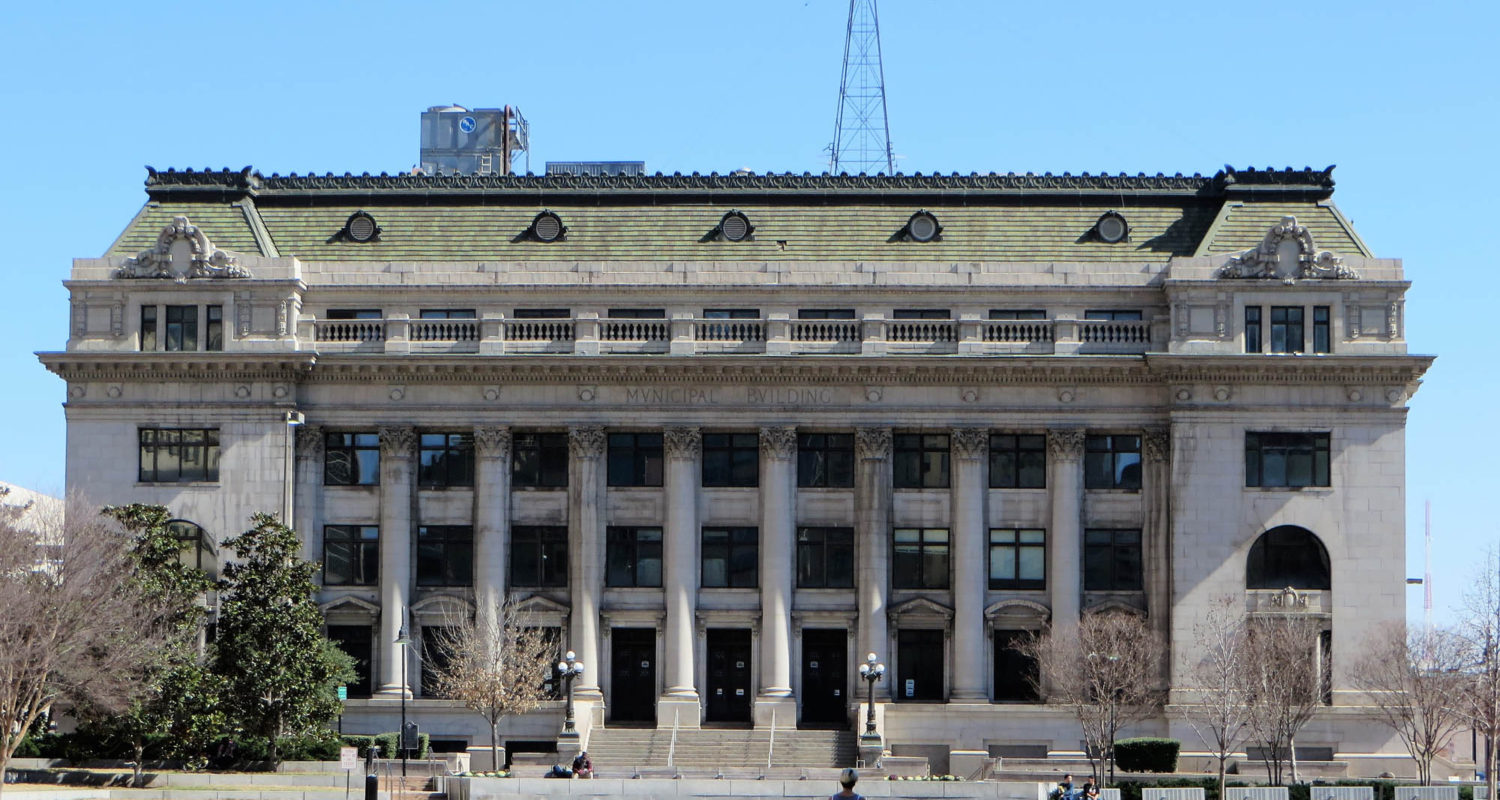 Through an innovative City/State partnership, the City of Dallas and the University of North Texas System have resurrected and repurposed one of Dallas’ most distinctive and historic buildings. The UNT Dallas College of Law’s downtown campus includes its primary location at the UNT Dallas Law Center – the historic Old City Hall at 106 S. Harwood Street – as well as the Lee F. Jackson Building, just a half-block away at 1901 Main Street.

A unique partnership has transformed the historic Old City Hall into the new home of the UNT Dallas College of Law, while maintaining significant historic elements dating back to the building’s inception in 1914, as well as the events of President John F. Kennedy’s assassination in 1963. The neighboring Lee F. Jackson Building, also a historic renovation, houses the law school’s moot court and law library.

Important parts of Dallas history were made in the Old City Hall building at 106 South Harwood in the historic Main Street District.  The growth of modern Dallas was debated here – from its opening in 1914, to the move to a new Dallas City Hall in 1978 – as it became longest serving seat of city government in Dallas history. From a small city in 1914, to a very different place in the decades after World War II, Dallas mayors, councilmembers, staff and community members came here to make progress, and protest, and plan many of our major milestones.

Working closely with the Texas Historical Commission and the Dallas Landmark Commission, the UNT System and UNT Dallas have restored the original 1914 features of the building, while carefully preserving elements related to the historic events that took place there in  November, 1963.  The restored building is striking – awe-inspiring from a history standpoint, yet functional as the home of the only public law school in the city of Dallas.