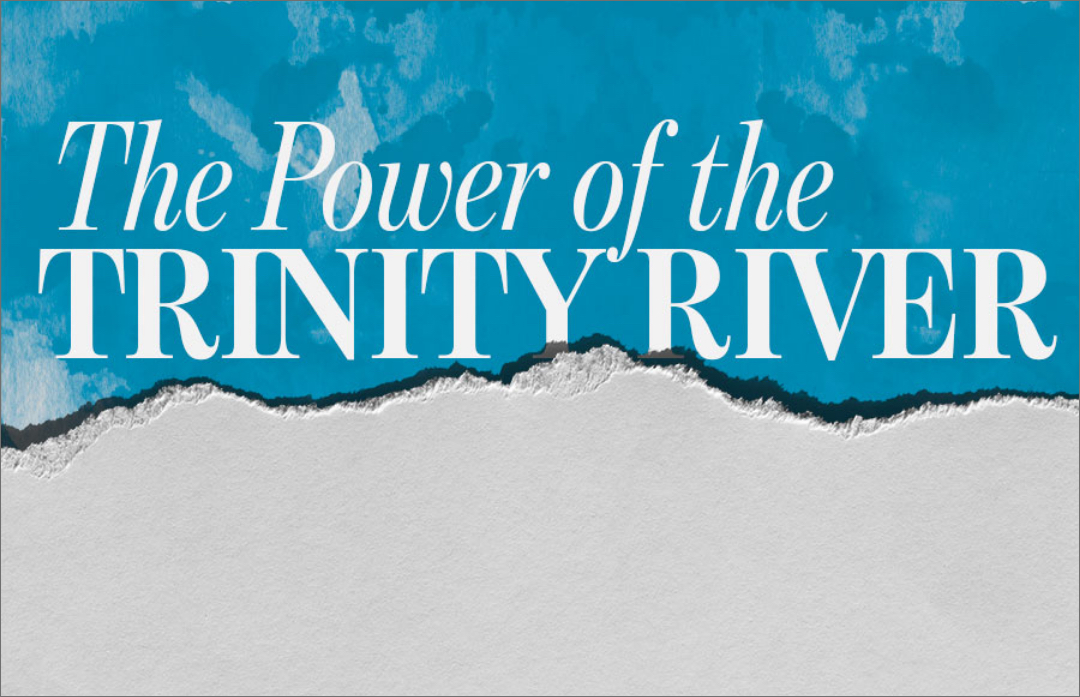 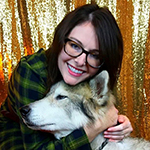 The Power of the Trinity River

Raul Reyes Jr. grew up next to the Trinity River in the Los Altos neighborhood.

He and his siblings would go down to the banks of the river and fish.

“We’d just throw our line out there and see what we’d get,” he says. They never got anything — except a turtle that they attempted to keep as a pet but ended up returning to its home.

But they loved being at the edge of the river and watching it move.

Although Reyes has many wonderful memories of the river, his first one isn’t as pleasant.

“My family’s first experience with the river was just being aware that it flooded,” he says.

His dad, who grew up on a farm, had a better understanding of the power of a river than the rest of the family.

“He knew that the river is not as calm as it looks. It’s an angry river. He still says that today. And that’s been the experience for us as a community,” Reyes says. “We’ve lost neighbors or kids. You think the river looks calm, but you don’t know the strength of it and the turbulence and the way it carries when it gets flooded.”

Still, the family enjoyed the nature in their backyard. Until one day, the city put up a fence and blocked access to the river.

“The message was we don’t want you up here,” Reyes says. And his family’s interactions with the river plunged.

Reyes’ experience with the Trinity sums up Dallas’ relationship with the river that cuts through the city’s heart. As residents, we enjoy some elements of the river, but we’re fearful of its floods. So we block access. This give-and-take, push and pull among blue, green and gray infrastructure has allowed Dallas to use the Trinity River as a tool of power, for better or worse.

The history of the Trinity

It’s often said that Dallas was created out of nothing. But that’s not true. The Trinity River plays a big role in Dallas’ existence.

For some, the written history of the river begins when John Neely Bryan settled along its banks.

For others, the history begins in 1908 with the great Trinity River flood. As a result, the city made some drastic changes.

“The 1908 flood created the need for us to think about how we protected the city,” says Brent Brown, AIA, who heads up the Trinity Park Conservancy. “We decided to move it. It was a real estate play as well as a protection.”

The channeling of the river literally changed its course.

“And it made it a lot less interesting,” says Bill Holston, Trinity River advocate and avid hiker of its trails. “That’s why people look at it and call it a ditch. But the channeling didn’t destroy it. Rivers live. Despite that, there’s still a lot down there.”

Angela Hunt, Hon. AIA Dallas, a former Dallas City Council member who led a referendum against placing a toll road between the Trinity’s levees, says the magic of the river hit her the first time she and her husband rode along it on their bikes.

“And it was amazing to me to see this quiet, beautiful natural area, all of this green space in the heart of Dallas, and you didn’t realize that you were even in a city until you looked up and saw the skyline above the levees,” Hunt says, “because you are protected both by sound and sight by the levee system.”

For Hunt, the channelization of the river represented a couple things: “It’s a critical flood control mechanism that protects the heart of our city and surrounding neighborhoods from flooding. And it also represents aspirations for green space in the heart of a dense urban center.”

The channeling also shifted the structure of power in the city. It protected downtown, its businesses, and the leaders who operated there. But, with redlining, many communities of color were forced to live along the river banks and deal with flooding.

“Black people were placed near the river and in the flood plains,” says Jerry Hawkins, who heads up Dallas Truth, Racial Healing & Transformation. “They were placed there and couldn’t move anywhere else.”

Hunt says this use of the Trinity was Dallas’ way of controlling power.

Brown agrees. He’s focused on a $200 million park on the 210 acres between the Margaret McDermott Bridge and Ronald Kirk Bridge, primarily in neighborhoods that were negatively affected by the reshaping of the Trinity. A big portion of the work he and his team at the Trinity Park Conservancy is doing revolves around community engagement and equitable development.

He’s seen the detrimental side of the river.

“It’s divided the city,” he says. “It’s a physical barrier. It’s been used as a division line for investment, as a metaphor for what’s wrong with the city. I feel like in the various campaigns for the Trinity over the decades, everybody’s trying to make it out to be something. Very seldomly do we look and let the river do what it wants to do.”

“How do we start to deal with the modern-day ramifications of these historical inequities?” asks Hawkins. “And where do we go from here?

The channeling of the river was a land grab and power move. And for years, it’s remained that way. But it wasn’t always this way. Hawkins, whose organization aims to create a radically inclusive city by addressing race and racism through narrative, says Native Americans were here long before John Neely Bryan showed up. And they had a respect for the river that led them to live in peace with it.

“The river was meant to flood over and recede,” Hawkins says. “That’s why Native folks built temporary residency and not permanent. But then we engineered or re-engineered a river that wasn’t supposed to be engineered.”

At one point, some even pushed the idea of a port that would connect Dallas to the Gulf of Mexico, about 700 miles away if counting the river’s natural contours. Of course, that ended up not working out.

Facing Our Past for a Better Future

There are a few movements underway to create a river where nature acts as a uniting force. One is a concept of rewilding the Trinity, returning it to its natural state; another is the Harold Simmons Park; and yet another is simply raising awareness to get people out along the banks of the Trinity.

“Moving the river has protected thousands of acres of development that can be green space,” says Hunt, who has been studying the rewilding concept with landscape architect Kevin Sloan, Hon. AIA Dallas, who serves on the Harold Simmons Park Design Advocacy Committee. “I hope we can come to terms with the Trinity corridor as a flood control aspect as well as an opportunity for an incredible natural asset that is not to be confused with a Central Park/overdeveloped amusement park-type setting.”

Hunt and Sloan have worked with several botanists, biologists, master naturalists, and landscape architects on how to reintroduce native species into the Blackland Prairies around the Trinity and rethink mowing patterns to transform the ecology.

“Dallas loves to be world-class,” she says. “We’re kind of desperate for it. Rewilding is an opportunity. This area was never intended to be a park. It was never intended to be anything more than a flood channel. Despite itself, despite our lack of intentions, nature decided what the area should be. And it’s wonderful that this natural area has arisen from between our levees.”

The Trinity Park Conservancy is working on another approach: a development that would include two overlooks, one on the east and one on the west with urban amenities, and a re-naturalized floodway.

“Different people are going to venture and adventure in different ways,” Brown says. “People want to be out in nature and quiet and walking and feel like they’re in a preserve. And other people want to go and have a giant family barbecue and concert and go to a playground. It’s this convergence of urbanism and naturism.”

Adrian Parr is dean of the College of Architecture, Planning, and Public Affairs at the University of Texas at Arlington. She also served as the UNESCO water chair. Although new to Dallas, she is involved on a Trinity Park Conservancy committee.

She sees the Trinity River as an integral part of North Texas and its connection to cities beyond the area.

“This particular project physically, ecologically, and imaginatively reshapes Dallas’ identity,” she says. “I think that’s an exciting prospect. … This idea that we can embrace flooding and it can be part of how we appreciate our environment in a different way.”

Julia Barton, who grew up in Dallas and is a longtime public radio editor and reporter, has covered stories on the Trinity for years. She spent over 20 years researching the Trinity and did the podcast “Port of Dallas” for the 99% Invisible series. On her visits back to Dallas, she’s still fascinated by the evolution of the Trinity from its natural state to being channeled to being proposed as a port to its current state of awaiting its fate.

“Now we can all accept it and move forward and stop projecting fantasies onto it, which are not helpful,” she says. “It’s a midlife crisis thing. Now it can be grownup, finally.”

So what will the Trinity be in its adulthood? Parr, the UTA CAPPA dean, hopes a space for Dallas to come together.

“Space is not simply a container that holds something. Space is produced,” she says. “That is socially important because it enables a variety of people to access and create urban spaces using different rhythms and modalities. One of the best things parks can offer any city is an area where different parts of the community can come together regardless of their backgrounds and share those spaces collectively,” she says.

And maybe — just maybe — the fences can be taken down and kids, just like Reyes did, can explore the banks of the Trinity, interact with its wildlife, and respect the power and beauty the water holds.

“We’re creatures of this Earth,” Reyes says. “It’s our river. We’re blessed to have that.”

Krista Nightengale is managing director at the Better Block Foundation.