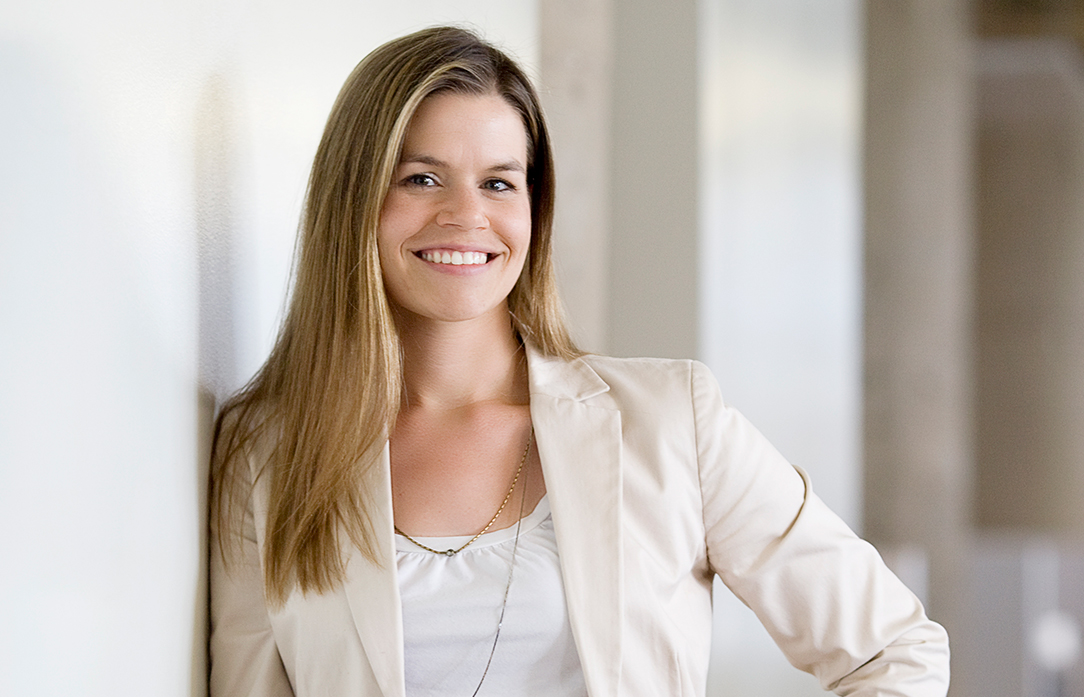 Laurel, you have an impressive background and record! Congratulations on 10+ years with 5G Studio Collaborative!!

Laurel Stone, AIA has been working at 5G Studio Collaborative for the last 10 years and was promoted to principal a year ago. She has emerged as one of the leaders in a growing firm by being herself: hardworking, diligent, and determined. Her experiences and risks early in her career have led her down a path to be one of the young leaders in Dallas.

WHEN YOU GRADUATED FROM SCHOOL, WHY DID YOU CHOOSE TO MOVE TO DALLAS?

My main motivation after college was to live close to my family. I had always planned for Dallas to be a starting point where I would gain experience before moving to another city. It turned out that the opportunities and life I built have, quite happily, kept me here.

IS IT DIFFICULT TO RECRUIT TALENTED YOUNG PEOPLE TO DALLAS? AND IF SO, WHY?

It depends on where the talent is being recruited from, but for the most part, yes. Most of the new graduates we recruit move to Dallas for the same family reasons I did. I felt in school that we were taught to seek out firms in big cities like New York, Chicago, LA, or abroad. In reality, I think there are a lot more opportunities in rapidly growing cities like Dallas where it’s also possible to live on an intern’s income. I feel like the potential in Dallas is more apparent to young talent after a few years elsewhere.

YOUR CAREER HAS ALLOWED YOU TO WORK AT BOTH AN ESTABLISHED LARGE FIRM, CORGAN, AND A NEW SMALL FIRM, 5G STUDIO WHEN IT WAS ONLY A YEAR OLD. HOW WERE THOSE FIRST YEARS AT 5G DIFFERENT FROM YOUR EXPERIENCE AT CORGAN?

Corgan was my first full-time job out of school and I loved working there. Even to this day I fall back on training I received in my time there. Corgan was very structured in the responsibilities and the tasks I was given. For me, it was a great learning environment for someone with little experience since there is a lot of guidance and mentorship along the way. 5G was a start-up and they had projects that needed people to manage them. I got the opportunity to really dive in and be involved in all aspects of those projects with minimal experience. It was a little more fly by the seat of your pants, but I saw it as a challenge and really enjoyed that. I’ll admit that I didn’t always know what I was doing, but it forced me to figure things out quickly and learn from my mistakes.

WHY DID YOU DECIDE TO TAKE A JOB AT 5G WHEN IT WAS STILL CONSIDERED A START-UP?

I found out about the job through an architecture school classmate and didn’t really think it through, to be perfectly honest. I took the interview on a whim. I liked the casual environment and I liked the people. I felt like it was where I belonged. I was also drawn to the idea of working on smaller projects from start to finish. I was working on large projects at Corgan that take years to see through and have large teams working on them. I wanted to be an integral part of the entire design process, which was easier to do at a small firm. A lot of people told me it was silly decision. That it wasn’t a stable option and that I’d be out of a job during the recession. A lot of people questioned it, but I really didn’t. I followed my gut. And it worked out. 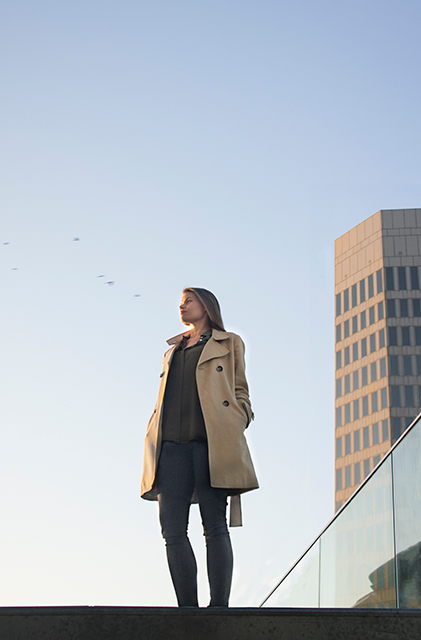 YOU HAVE HAD A LOT OF SUCCESS BY A VERY YOUNG AGE IN YOUR CAREER. WHAT ARE SOME OF THE KEY FACTORS IN YOUR SUCCESS?

One key is that I did the five-year degree, so I started working very young. I was also very aggressive in getting licensed as soon as I was eligible. My mindset has always been that if you’re not learning, you’re not growing, so anytime I started to feel stagnant in what I was doing, I’d vocalize that to the partners and they’d always respond with new challenges or responsibilities. Those are rare occasions though; I typically have more than enough on my plate.

SINCE BEING PROMOTED TO PRINCIPAL, WHAT NEW PERSPECTIVE DO YOU BRING TO THE TABLE IN THE LEADERSHIP OF THE FIRM?

In the 10 years I’ve worked there, 5G has quadrupled in size. As a result, with the partners out of the office more often, I tend to be the day-to-day presence for help in the office and the liaison with the younger employees.

THERE IS ALWAYS A LOT OF TALK ABOUT THE SHIFTING DYNAMICS EACH GENERATION BRINGS TO THE WORKPLACE, AND MILLENNIALS ARE DEFINITELY CAUSING SOME DISCUSSION ON THIS TOPIC. TECHNICALLY, YOU FALL IN THE CUSP OF THE MILLENNIAL GENERATION, DO YOU IDENTIFY AS A MILLENNIAL?

I think the mindset of our parents’ generation was that work was just that — work — and that you don’t get paid to love what you do, it’s just a bonus if it works out that way. The millennial generation wants to love what they do and feel fulfilled by their jobs. I think I’m somewhere in between. There are plenty of days in which I don’t love what I do and I think about changing paths, but in the end I always know I’m going to stick with it. I’m pretty conservative in my decision-making and don’t consider myself much of a risk-taker. I also wouldn’t say that I’ve kept up with millennials on the technology and social media front, but I’m getting better at it.

WHAT DO YOU LIKE TO DO IN YOUR FREE TIME TO TRY TO MAINTAIN A WORK-LIFE BALANCE?

I’ve gotten much better this year about leaving work at work and not answering emails from home or on weekends. I swim with the Dallas Aquatic Masters team several times a week, and try to get out of the city on weekends as often as I can with my husband.

LASTLY, WHAT PROJECT HAS BROUGHT YOU THE MOST PRIDE AND WHY?

The Omni Hotel because it consumed three years of my life. It's the most involved I’ve ever been on a large project from the very start to the very end and was a great learning experience all around. We’ve also got a great view of it from our office. 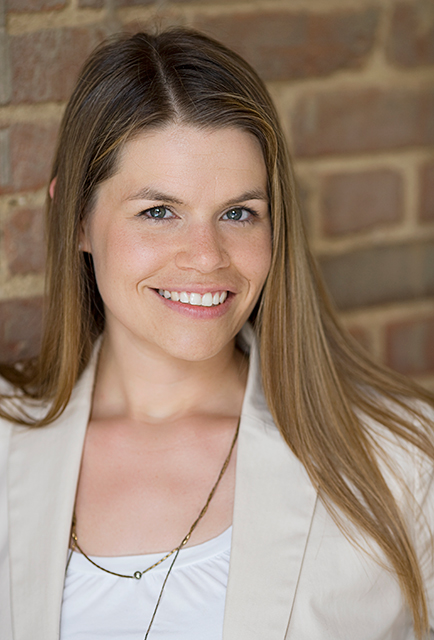 I KNOW YOU LIKE TO TRAVEL AND HIKE. WHAT HAS BEEN YOUR FAVORITE PLACE TO TRAVEL?

New Zealand. We took our honeymoon there during the off season and we often felt like we were the only people on earth! The hiking trails are some of the finest in the world and truly breathtaking.

WHAT DO YOU THINK IS KEY TO DALLAS IMPROVING AS A CITY IN THE FUTURE?

I think we need more young people to be interested in policy and to be involved and voting on issues. Change does seem to happen quicker in Dallas than in other cities that I’ve worked with, but if more young people were involved with the city at a staff level to shake things up, I think it would be a great benefit. I also think there are a lot of passionate people within the design community, but it would be nice to see a greater interest in the built environment from the community as a whole.

BEYOND YOUR WORK FOR THE FIRM, HOW HAS YOUR CAREER IN ARCHITECTURE INFLUENCED YOUR TIME SPENT OUTSIDE THE OFFICE?

I’ve always felt it’s important to get involved in organizations like AIA to build a network outside the office, especially working for a small firm. Having a network is key to your own personal growth and development, especially if you can find a mentor. You also meet people you otherwise wouldn’t meet and you never know where that could lead.

IF YOU COULD LIVE ANYWHERE, WHERE WOULD IT BE? AND WHY? WHERE DID YOU THINK YOU WOULD MOVE TO WHEN DALLAS WAS A STOP-OVER?

When I was first interviewing, I looked at jobs everywhere. I looked at jobs in Minneapolis, Houston, and New York. New York, in particular, really appealed to me when I was younger. The idea lost its luster after I met my husband who is rooted in Dallas for his work. It also seemed like I always had a project that I wanted to see through completion, which just led to the next project I wanted to see through. If I could move anywhere, with no other circumstances to consider, it would have to be New Zealand. But for now, Dallas is just where I want to be.