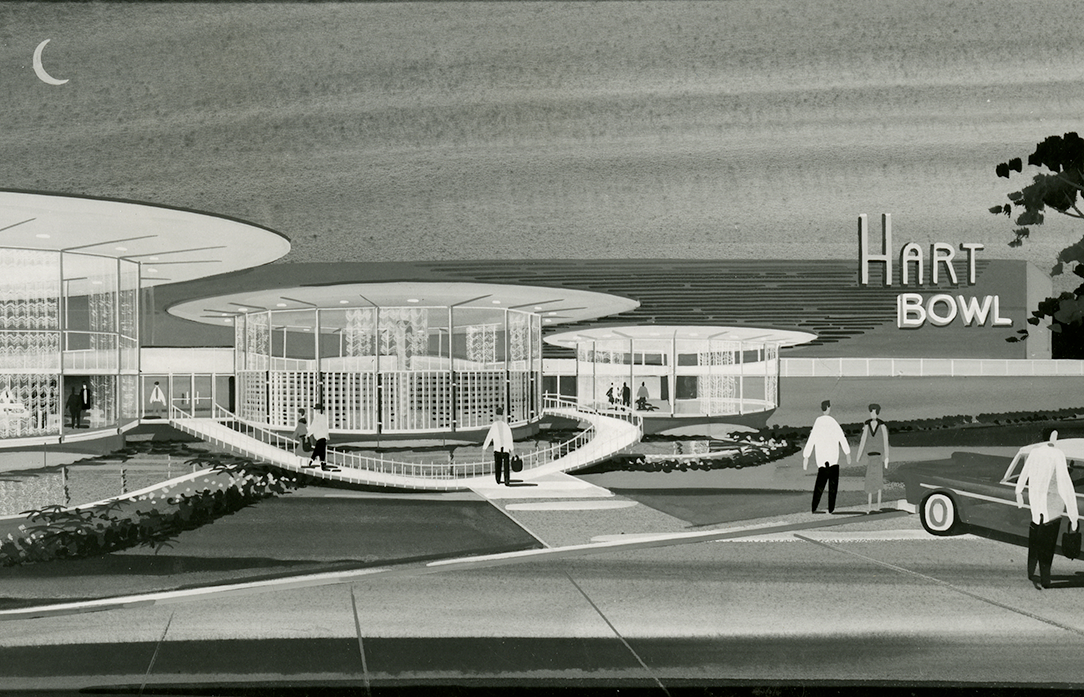 George Dahl is one of the greatest and most well-known architects to have practiced in Dallas. He had a long and prolific career in which he designed a wide range of building types. Many know him, though, for one of his most important works—Dallas’ Fair Park. He oversaw the planning and construction of the buildings completed for the 1936 Texas Centennial Exposition. Designated a National Historic Landmark site in 1986, the buildings survive today as one of the largest collections of historic fair architecture in the U.S.

Dahl graduated from Harvard in 1923 and then spent two years at the American Academy in Rome. Upon returning to the U.S., he worked briefly in New York and Los Angeles before settling in Dallas to work for Herbert Greene. In 1943, Dahl opened his own practice, and by the time he retired 30 years later his work totaled some 3,000 projects nationwide.

Noted architecture critic, the late David Dillon, said Dahl “remained a stylistic chameleon who produced works to suit the needs and tastes of his client.” His work was unlike his contemporaries such as O’Neil Ford and Howard Meyer who developed their own styles. Dahl’s designs ranged from Renaissance Revival to Mid-Century Modern and everything in between. Dahl also worked with a variety of building types including offices, banks, churches, hotels, retail, industrial, multi-family housing, and even prisons.

His work outside of Dallas includes 26 buildings at the University of Texas, 32 stores for Sears Roebuck, 15 prisons for the Texas Department of Corrections, and even RFK Stadium in Washington, DC.

Three of the more interesting Dallas projects are worth further consideration. They represent the wide range of buildings he designed in the last half of his career. 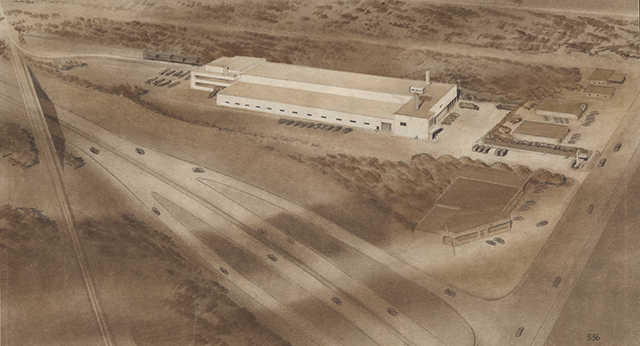 Mrs. Baird’s Bread, formerly located at Mockingbird Lane and Central Expressway, opened in 1953 at a cost of $1.5 million. The two-story brick structure was 512 feet long and contained 140,000 square feet of floor space for two custom bakeries that could turn out two million pounds of bread a week. At the time it opened, it was the largest automated bread bakery in the country. The wonderful smell of baking bread wafting from the plant ended in 2002 when the plant closed. The building was demolished in 2010 to make way for a tennis center for SMU.

When does a bowling alley not look like a bowling alley? When George Dahl was the architect. The futuristic Hart Bowling Alley at the intersection of Webb Chapel Road and Northwest Highway opened in 1959 at a cost of $850,000. The 32-lane bowling alley featured three striking circular glass enclosures on the front, one each for a restaurant, a lounge, and a children’s play area. A pool with fountains encircled the front and a sweeping ramp led to the entrance. Unfortunately, the building was demolished in 2011 to make way for a new shopping center. 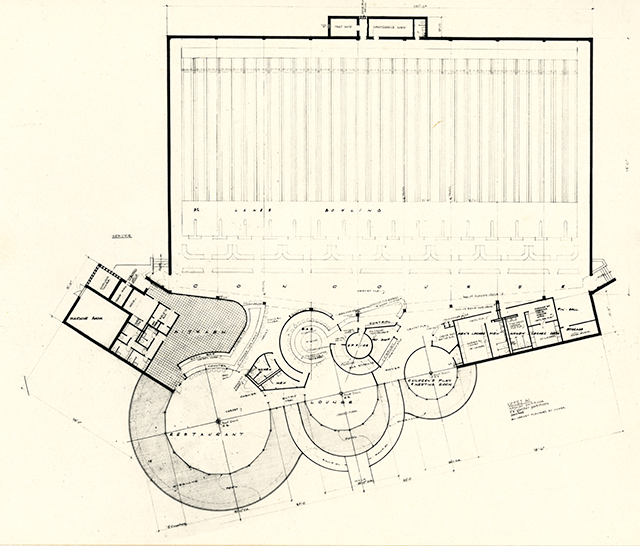 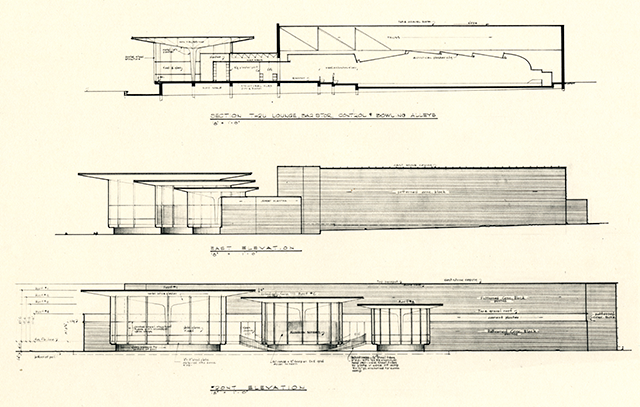 The 11-story Gold Crest Luxury Apartments at 3601 Turtle Creek Boulevard was a personal project of Dahl’s. He not only designed the building, he also served as board chairman of Turtle Creek Investments, which built the $5 million building. He moved into an apartment on the seventh floor when it opened in 1965. The design featured large apartments with terraces on each floor that encircled the building. Dahl lived in the Gold Crest until his death in 1987. The building still stands on Turtle Creek among the other high-rise luxury apartments. 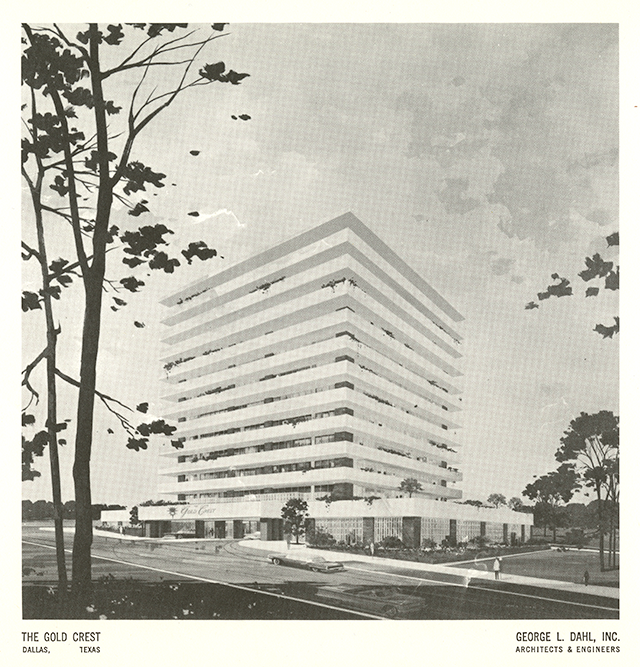