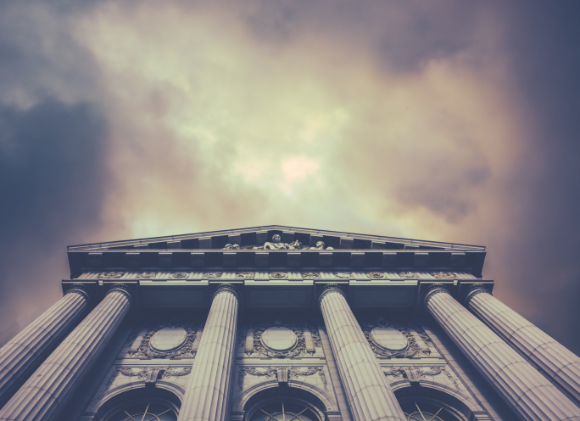 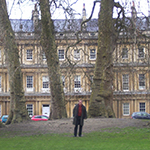 Squaring Up ‘Architecture’ and ‘Justice’

There are a lot of reasons it’s difficult to fit the words “architecture” and “justice” into a logical sentence or phrase.

If the ambition of an architect or writer is poetics, a phrase like “Architecture is justice” revels, if not thrives, in semantic ambiguity. By extension, metaphorically motivated constructions such as “Architecture equals justice” might inspire people to act or invigorate the creative potential of a new design project. But what it actually means quickly gridlocks when the architect ponders: What are the forms that reliably produce justice? A square, cube, sphere, a tessellated tetrahedron?

But architecture, unfortunately or fortunately, is not just a fine art, only poetry nor is it singularly a metaphor, as the most treasured examples in history demonstrate. So when the cool and demanding mind of an architect happens upon freewheeling flashes of rhetoric such “Justice with architecture,” expect a pause and then a search for how to link architecture and justice in a useful, productive and unassailable way.

When architects first think about justice, they might naturally envision a courtroom and the gravitas it embodies. They might reflect on the serious situations that a courtroom handles, and how those activities are in service to the law and the production of “just” decisions that affect matters of life and death. It is hard to imagine a conceptual idea or artistic priority that could supplant the good work of the court and its mission to serve the accused, the innocent, the guilty.

Other architects might associate justice and architecture with the original county courthouses of Texas. Much like the queen piece of a chessboard, historical county courthouses command their own territory, county and town, proclaiming in the process that Texas is a land where the law would be king. Considering such a lofty priority, little wonder that these extraordinary buildings were given a similar level of architectural commitment as the cathedrals in European medieval towns.

Searching for other linkages between architecture and justice, an architect might reflect on the steadfast facades — the faces — of a courthouse. In the best examples, the main facade of a courthouse is an unsympathetic, poker-faced surface that makes clear to those who enter that the events about to unfold are weighty. Consider the example of the courthouse designed by Paul Cret in downtown Fort Worth. It adds to the dignity of its presentation a repetitive bay that bangs across the facade like a judge’s gavel that demands, “Order!”

At some point during an architect’s life, an event or encounter will illuminate that architecture is not just a profession, but a profound discipline that seems applicable, even helpful, to matters beyond those just for buildings.

Perhaps the thought arrives as an architect stands in awe upon seeing the statues and frescoes of Michelangelo as well as the dome he designed over St. Peter’s Basilica. Perhaps the moment arrives after reading the inspirational writings or seeing the sculpture, paintings and utopian city designs of LeCorbusier. Or maybe, like a muse, it appears in an unexpected moment, like a vacation to the Grand Canyon that leads to a chance encounter with Mary Elizabeth Colter’s architecture — although small in stature, it is as sublime and large in thought as the Grand Canyon she honored.

However it happens, architects and architecture form a culture that is high in purpose. And so the profession and its members anxiously pose good questions. What can architecture do about the homeless? About unfair housing? About poverty and the sustained racial segregation of our cities and the implicit discrimination it underpins?

Surely the works of Michelangelo, LeCorbusier, and Mary Elizabeth Colter show us that something good can be done? Can’t it?