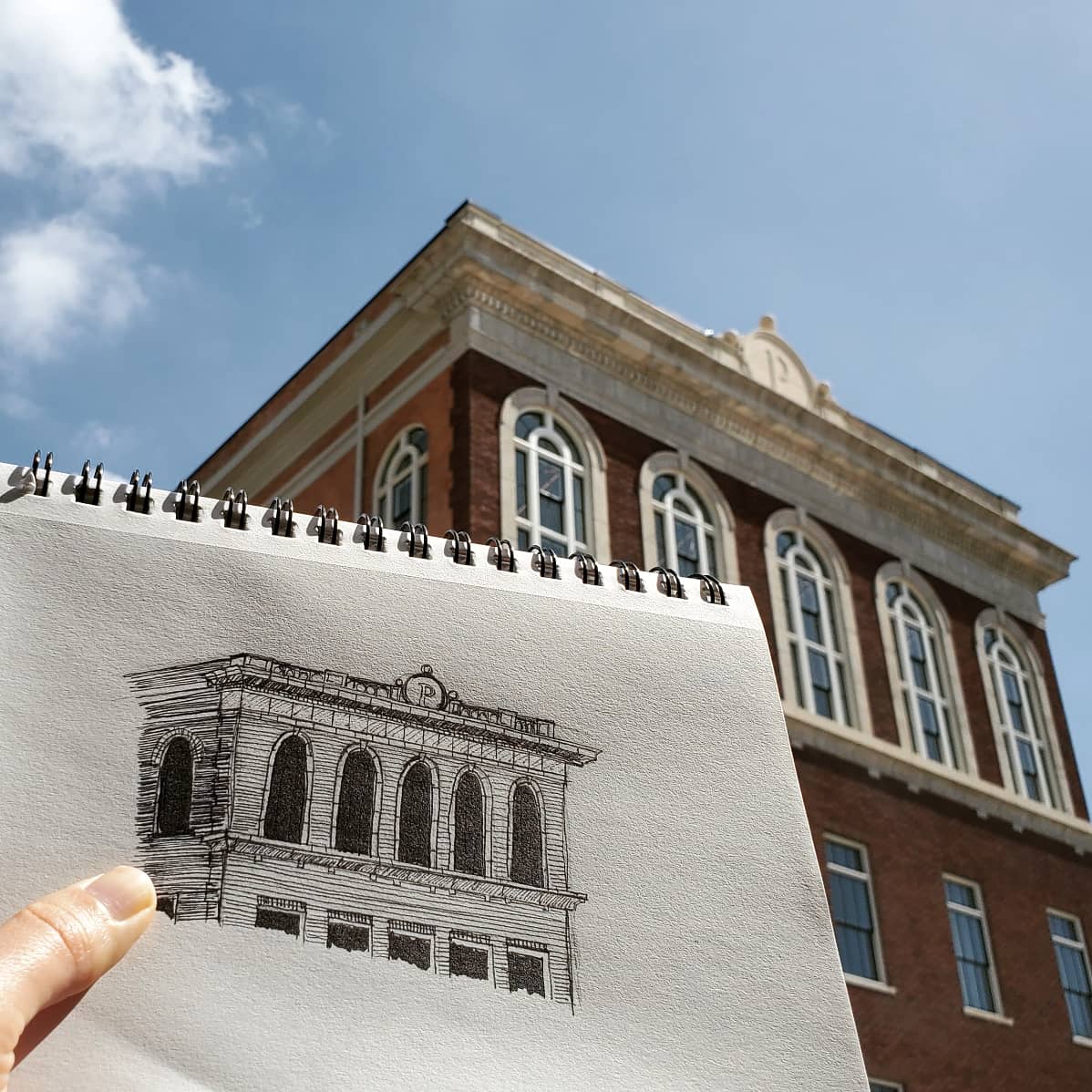 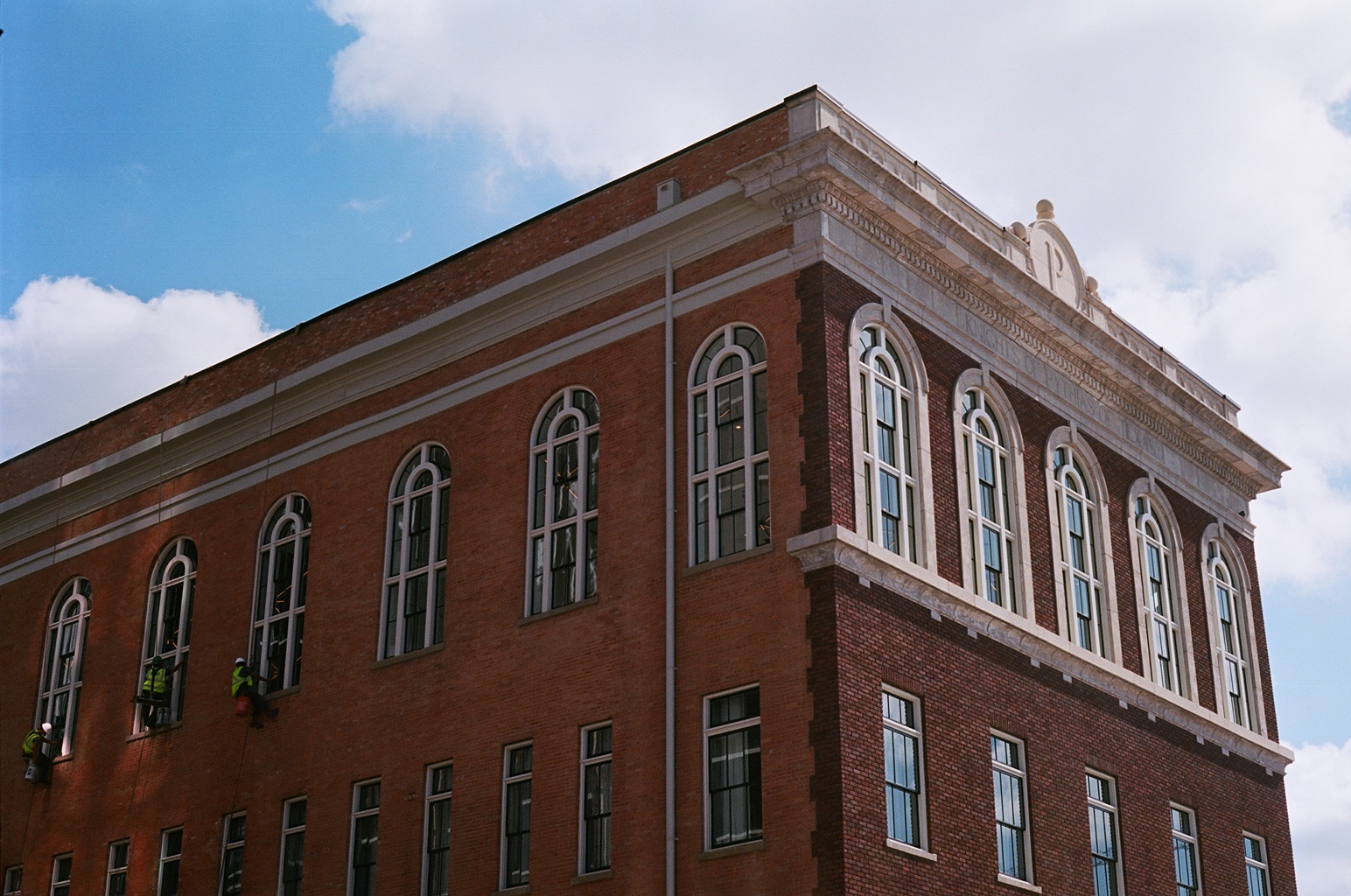 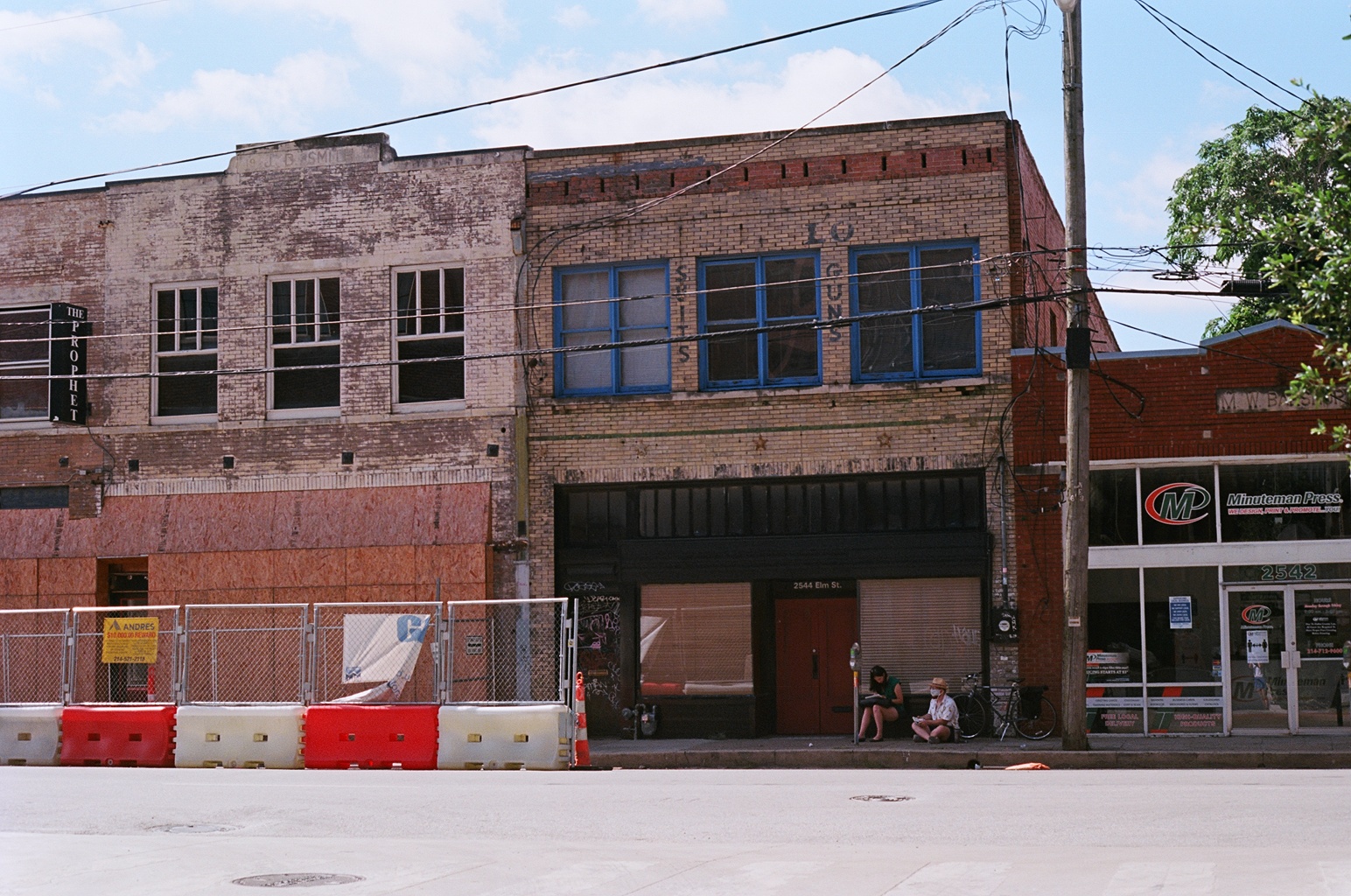 Sketching to See: Understanding the Legacy of Communities of Color around Downtown Dallas

Sketching is about seeing. And one thing that became apparent over the summer as we experienced Black Lives Matter is that we have not always seen the experiences. Some of us have been aware. Some of us live this every day. Some of us have been privileged and chosen not to see. In a very small effort to see more clearly and to recognize the incredible contributions by communities of color within the downtown Dallas area, AIA CxD discussed several sketch outings over a few Saturdays during July and August to experience these spaces more fully.

What follows are sketches from these visits. We were only observers and cannot speak to the layers of history and emotion other than to hold space around them through ink on paper or film in a camera. AIA Columns has done an incredible effort over the years to document these areas and we are including a number of links that more thoroughly express the value of these spaces that we saw. These communities of color, which have often been marginalized over time, were and are a vital and contributing part of the success of Dallas. The architecture of these spaces should be cherished as a part of that history. 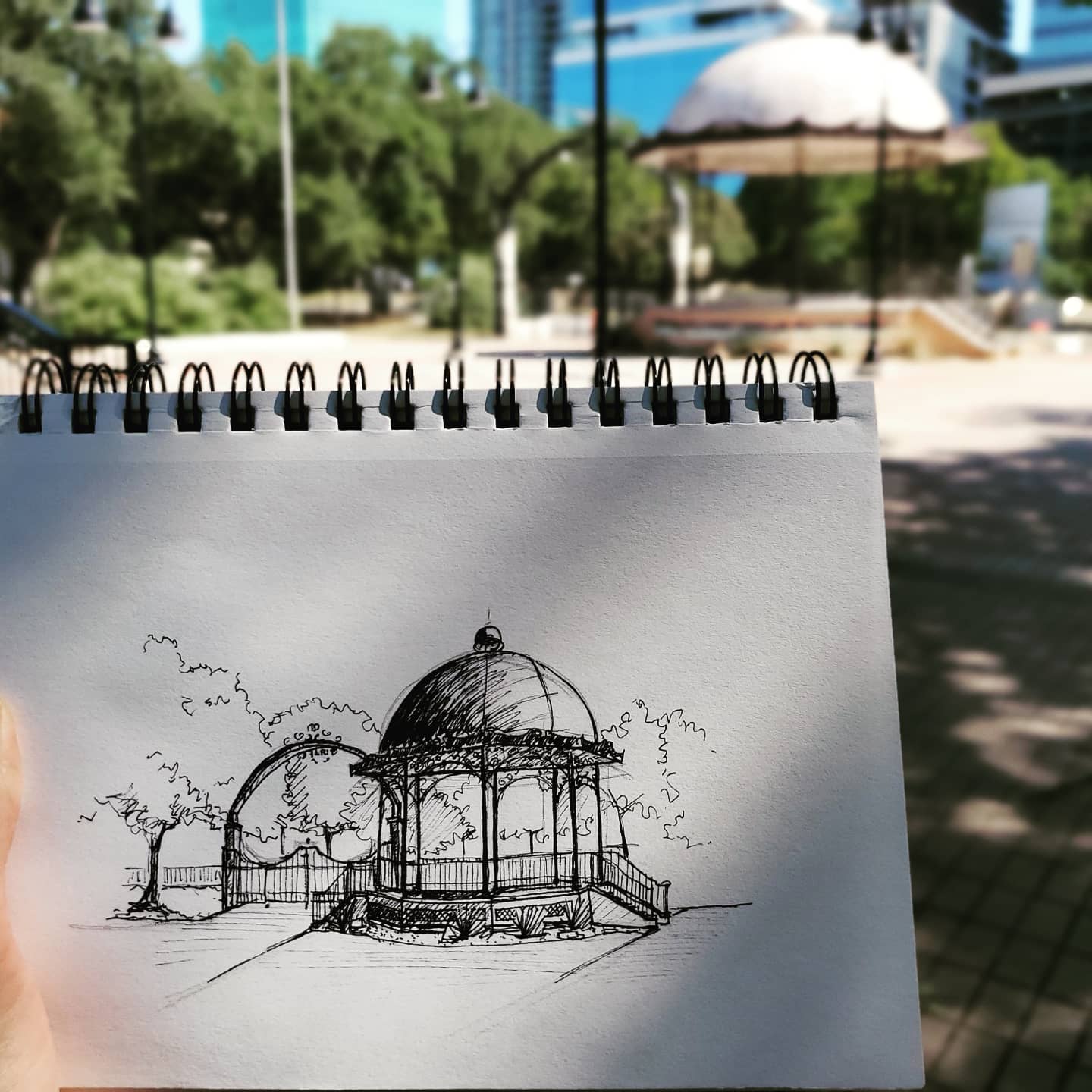 The surrounding neighborhood was a burgeoning Latine community in the 1920s. Although access to the park originally excluded them, joint access was allowed in 1931 and the park became an important cultural center for the neighborhood. However, the construction of the Dallas North Tollway in the 1960s bifurcated the neighborhood and made it difficult to access Pike Park, which resulted in a decline of use. David Preziosi discusses this history and more in a detailed article in the Columns magazine here. 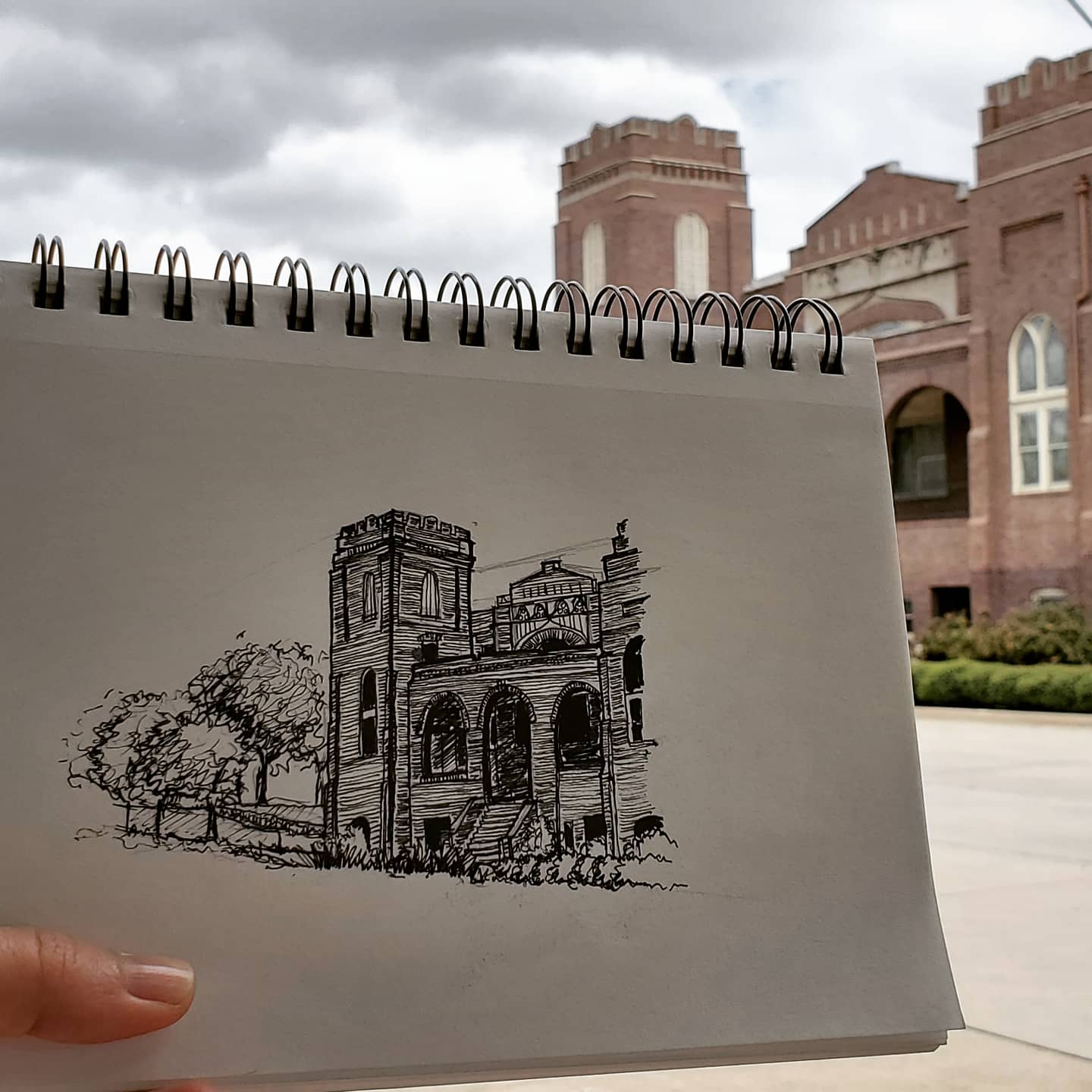 The northeastern part of the Art’s District is in what had previously been a prosperous black community called Freedman’s Town. The historical legacy of this black culture is left with only three buildings – part of the Booker T. Washington High School, St. Paul United Methodist Church, and Moorland YMCA/Dallas Black Dance. The last third of this article discusses the area and the highways that divided it in more detail. 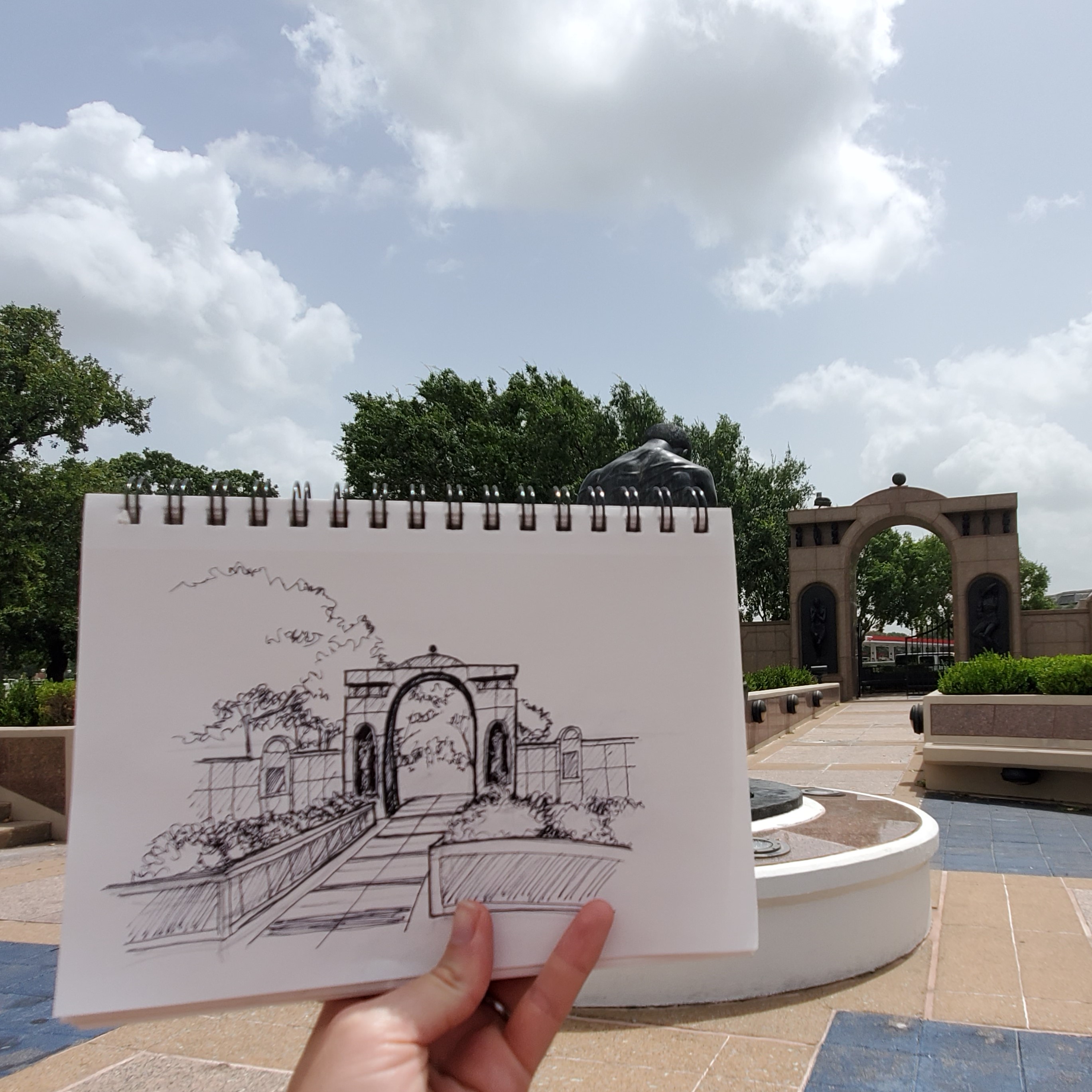 The northern part of Freedman’s Town included several cemeteries. In the 1940s the construction of the Central Expressway highway paved over the cemetery, which was unearthed in the 1990s with the expansion of the highway. The remains were reinterred at the Freedman’s Cemetery Memorial. The same article as for the Art’s district discusses the role of the highway with this history. 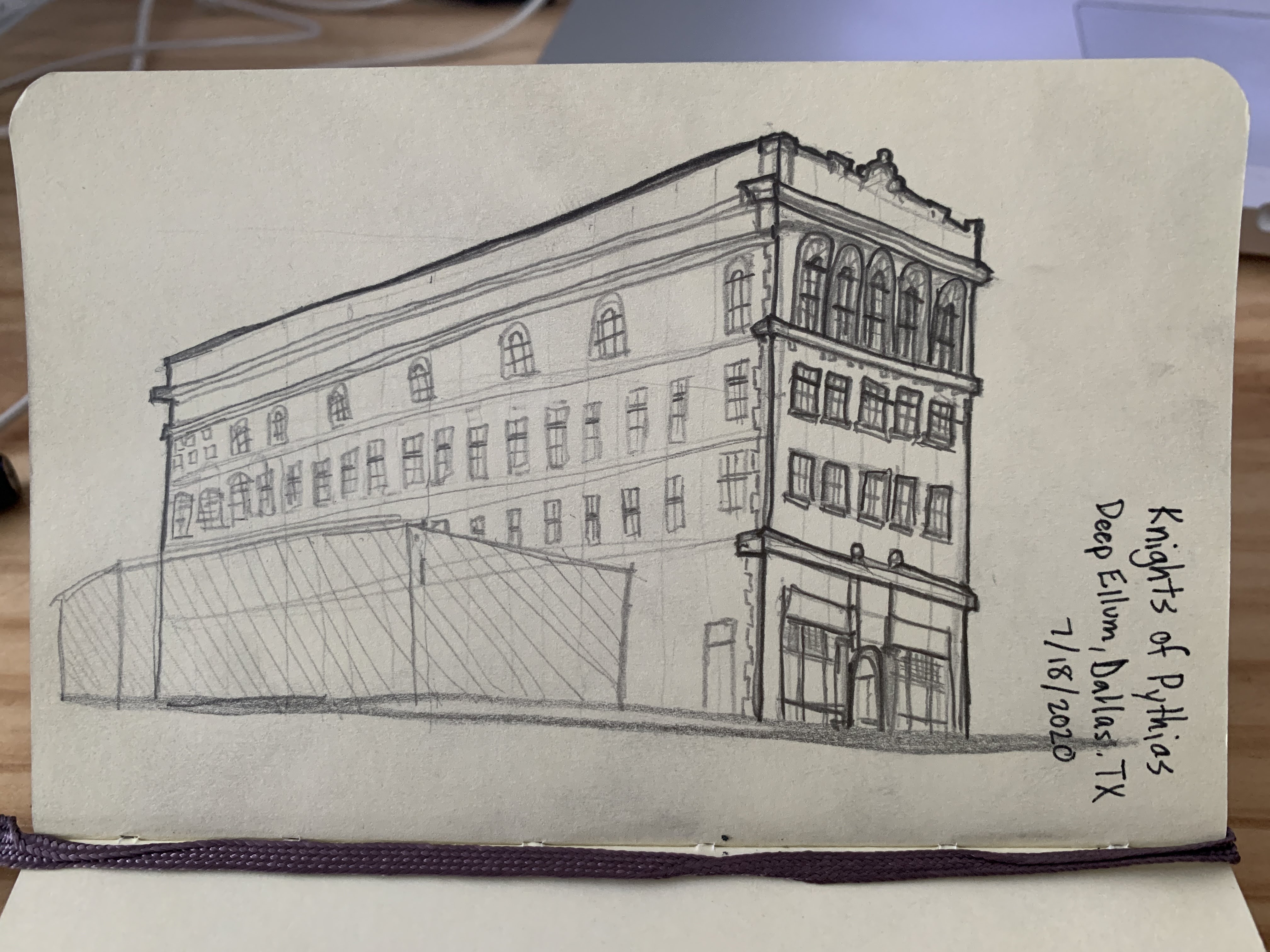 The first black architect in Texas designed this elegant Beaux Arts building, which was finished in 1916. After years of neglect, the building has been revitalized into the newly opened Pittman Hotel. The interplay of the architectural features within the facade is a delight to sketch and is reminiscent of buildings of the same period in parts of the French Quarter in New Orleans. An article with the history and photographs prior to the restoration is here.