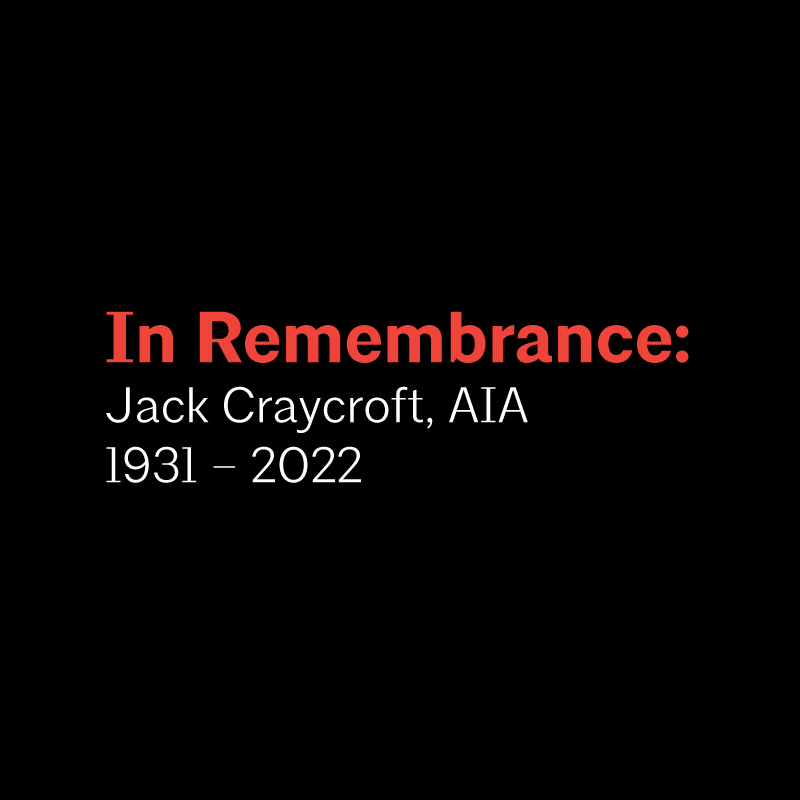 AIA Dallas is saddened to learn of the passing of award-winning architect and former Chapter president Jack Craycroft, AIA.

Jack was active within the profession and AIA Dallas leadership, serving our organization as treasurer in 1967, president in 1973, and TxA director from 1975 to 1977. Notably, he was an organizing founder (with former employee Ken Roberts) and first chair of the AIA Dallas Ken Roberts Memorial Delineation Competition, now in its 48th year of operation. Additionally, Jack was a former member of the City of Dallas’ Zoning Ordinance Advisory Committee and the Regional Codes Coordinating Committee of the North Central Texas Council of Governments.

A respected designer, Jack began as a sole practitioner, then established firms including Craycroft Lacey (1961-1981), Craycroft Architects (1981-2000), Craycroft Price (2000-2006), and Craycroft McElroy Hendryx (2006-2017). His practice was varied with a focus on commercial and multifamily, garnering two AIA Dallas Design Award (both honor awards) and seven TxA Design Awards (all honor awards) for projects including the Sumet-Bernet Sound Studio, The Seasons Apartments, and Spring Creek Apartments.

A service is planned for next Friday, February 11th at 11 a.m. at Park Cities Presbyterian Church.