The warehouse and former cracker factory at 603 Munger St. has anchored Dallas’ West End for more than 115 years. It has gone through booms and busts, just like the city around it. The building had been vacant nearly 10 years when Granite Properties purchased it in 2015 and announced plans for its rehabilitation. It reopened in 2017 as Factory Six03 — a 215,000-square-foot, creative- and tech-centered office and retail complex that is acting as a catalyst for a rebirth of the West End Historic District.

The building, listed on the National Register of Historic Places, was constructed in 1903 to house the Brown Cracker and Candy Co., the largest cracker factory in the country at the time. Its grand opening drew thousands of people trying to get a glimpse into the giant bakery.

It changed hands and identities many times over the next century. It became the Sunshine Biscuit Co. in 1926 and a furniture distributor in the 1960s. It was redeveloped as West End Marketplace in 1985 with a shopping mall and 10-screen movie theater. Planet Hollywood took up residence there in 1991, again drawing crowds for another celebrated grand opening. But the neighborhood declined as a growing homeless population and rowdy bar crowds gave it an unsavory and unsafe reputation. The entertainment venues closed soon after the turn of the millennium, and it was left vacant in 2006.

Granite partnered with GFF and Architexas for the design and preservation work. It enhanced Factory Six03’s skyline views by adding a story and outdoor terraces to each building section. The design team restored many of the building’s original features, including a two-story brick oven from its cracker days and the three iconic water tanks on the roof. Granite also restored the grand atrium from the 1980s mall and added elevators and underground parking.

Landscape architecture firm Mesa reimagined the triangular plaza to improve the pedestrian pathways and add shaded seating. The landscape design pays homage to the site’s past by using an industrial palette of board-formed concrete, weathered steel, and heavy timber.

Factory Six03 has won several awards, including a Preservation Achievement Award from Preservation Dallas, a Merit Award from ENR Texas & Louisiana, a Top 10 Award from Topping Out, and two Merit awards from Texas ASLA. 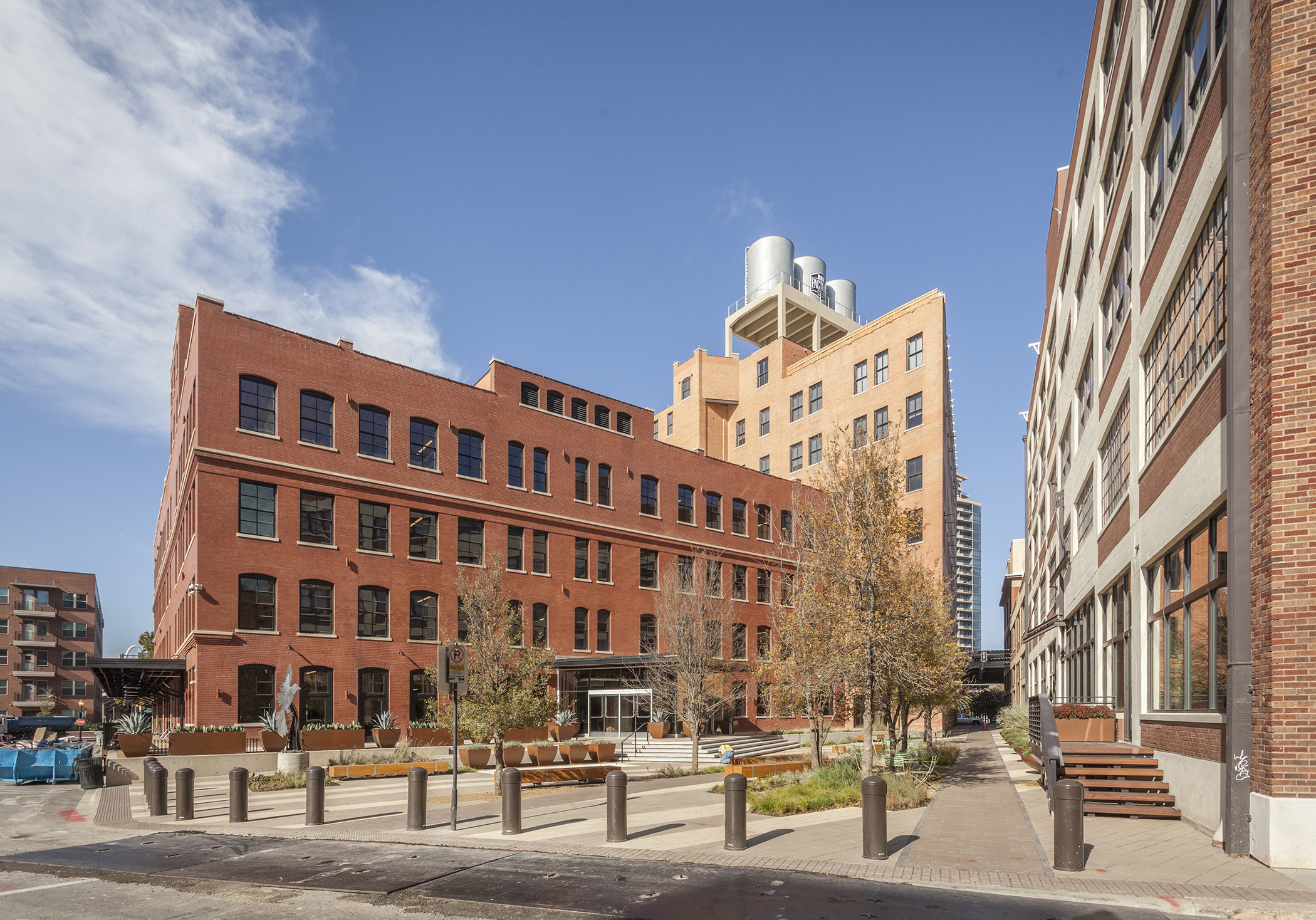 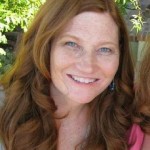 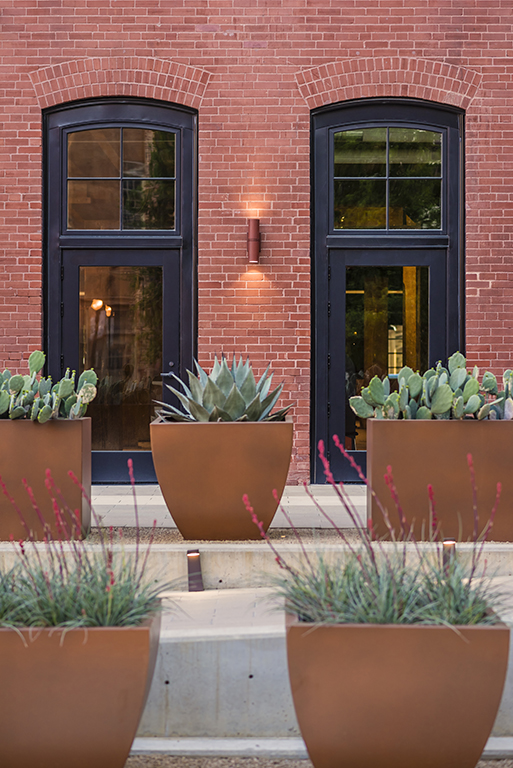 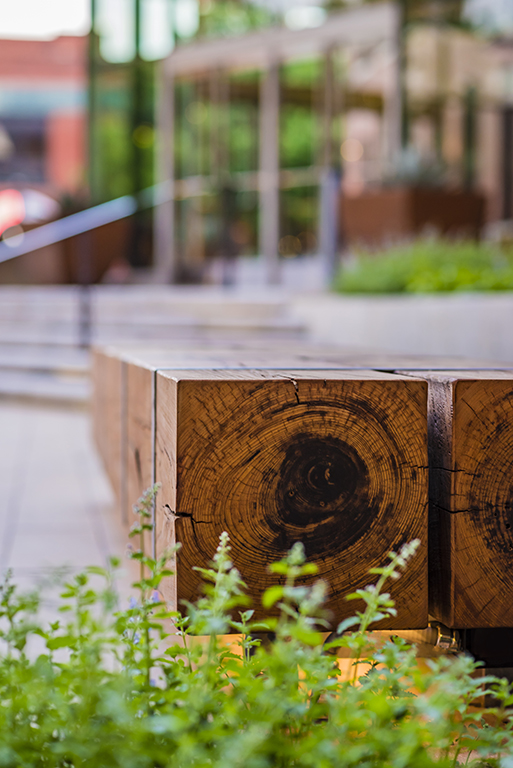 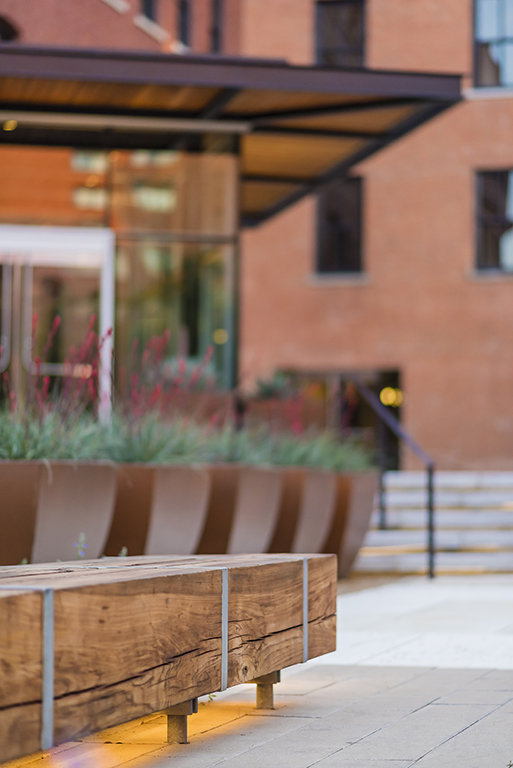 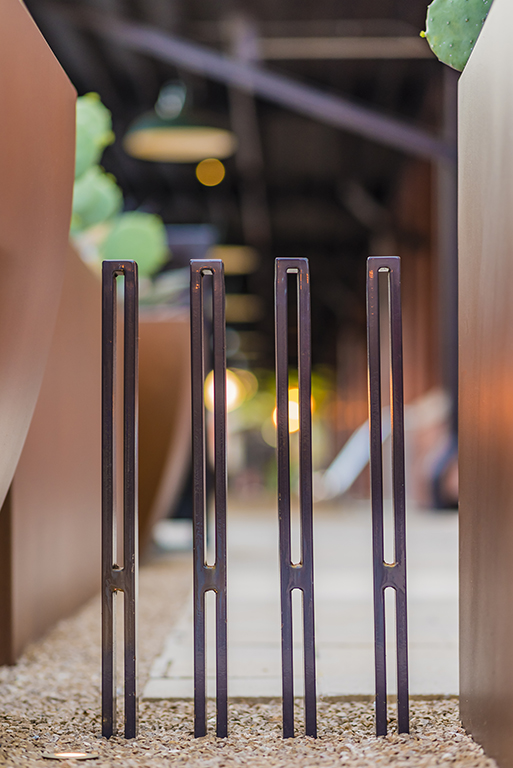