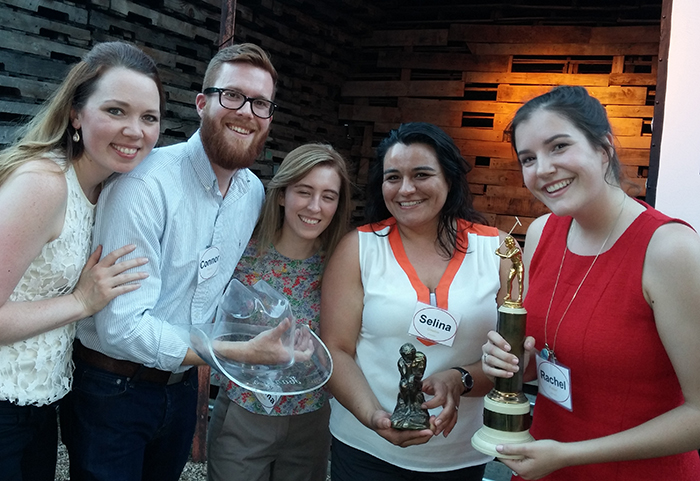 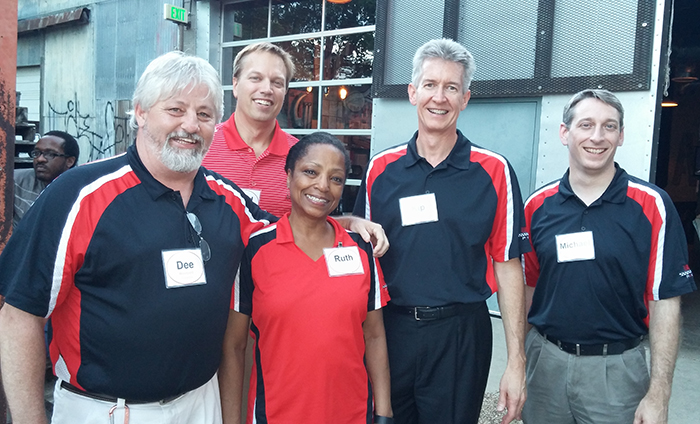 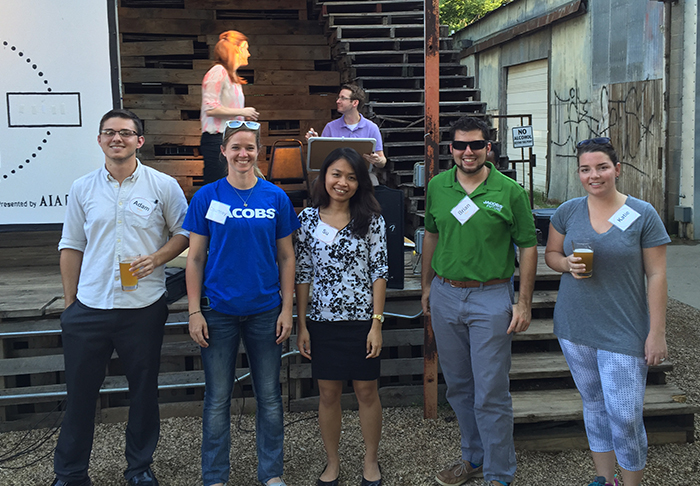 Team Jacobs in Round 2
Contributed by:
Mabel Loh

Architects vs. Engineers: Who knows the most about Dallas?

This time, the architects won!

This edition of Firmily Feud, brought to you by Architecture Matters, featured four teams of architects and engineers from Architecture Demarest, Jacobs, Omniplan and Purdy-McGuire. The event took place at the one of the most popular venues in West Dallas, The Foundry Bar. Once again, Firmily Feud brought in local professionals to join the excitement of a series of battles testing the competitng teams on their knowledge of our city based on a survey of Dallas citizens. 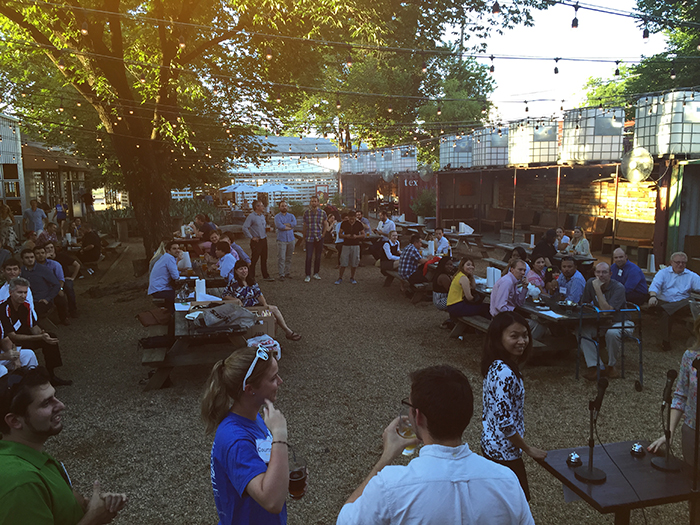 Hosted by Bob Borson, AIA, of Life of an Architect fame, the show revealed some lighthearted, unpredictable survey answers courtesty of the general public. The survey questions ranged from naming your favorite buildings in the Dallas Arts District, to listing the best place to eat in downtown Dallas. The enthusiastic audience did not just sit back and enjoy the show—they actively provided input to the contestants and joined the battle, providing fuel to the competitiors' fire! Firmily Feud turned the evening into a celebration of Dallas architecture and provided an evening of local engagement and professional networking.

After a series of intense battles, the architects took home the victory over the engineers, with the Omniplan team winning the trophy! Engineers at Purdy-McGuire, Inc. were a close second place. The participation of team Jacobs and team Architecture Demarest undeniably had made a statement to the event. Aiming to encourage public participation and professionals' involvement, Architecture Matters has once again turned Firmly Feud into a success in the Dallas architecture scene. 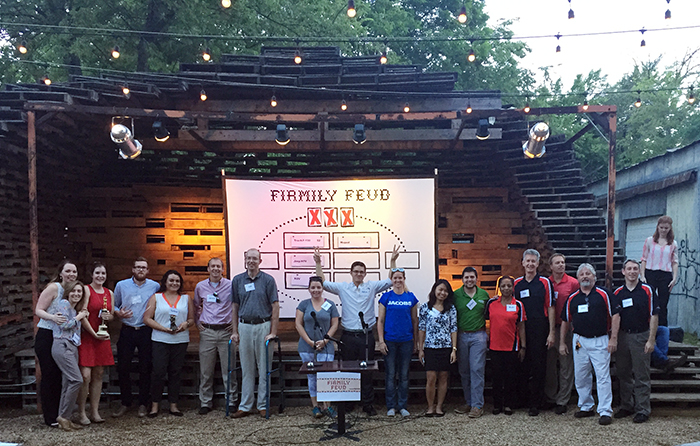 Last but not least, a special thanks goes to our feuding teams, charismatic host Bob Borson, our enthusiastic game show audience, and our Architecture Matters Committee for making this happen!