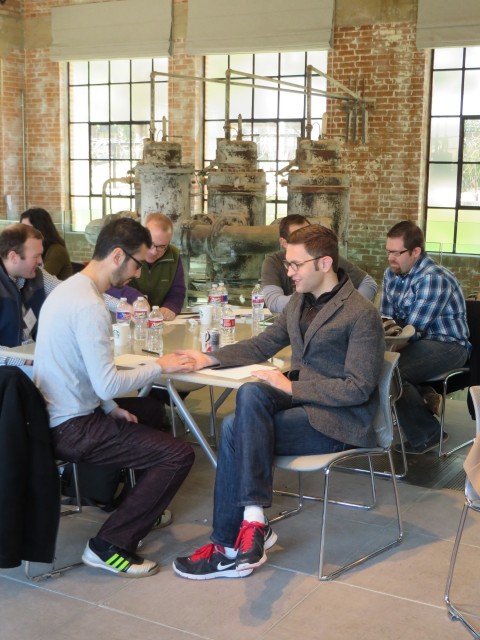 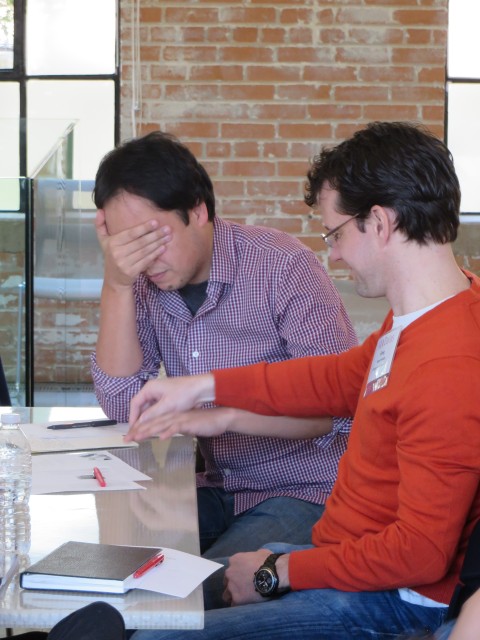 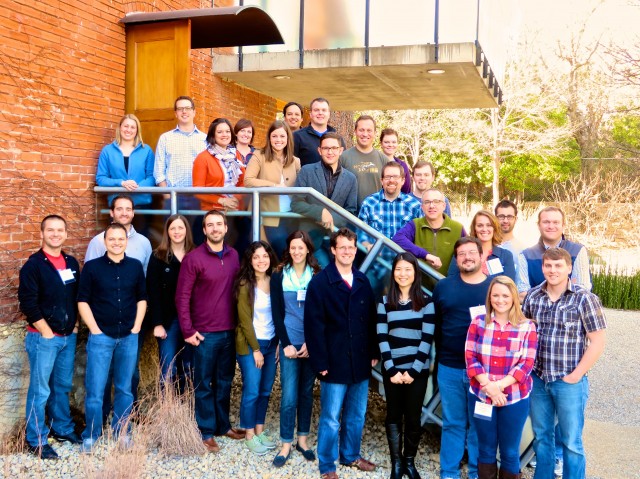 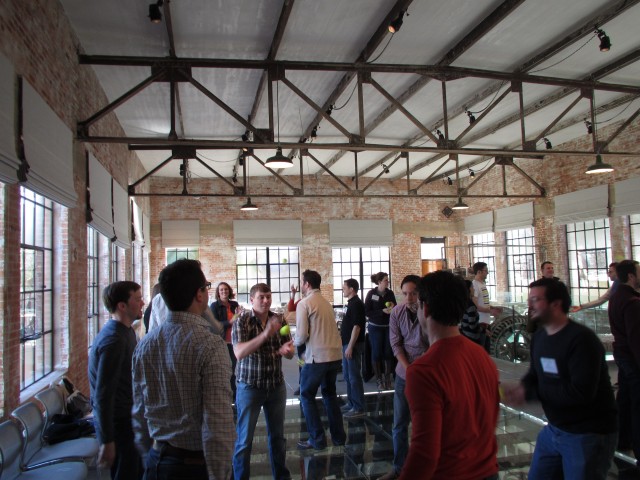 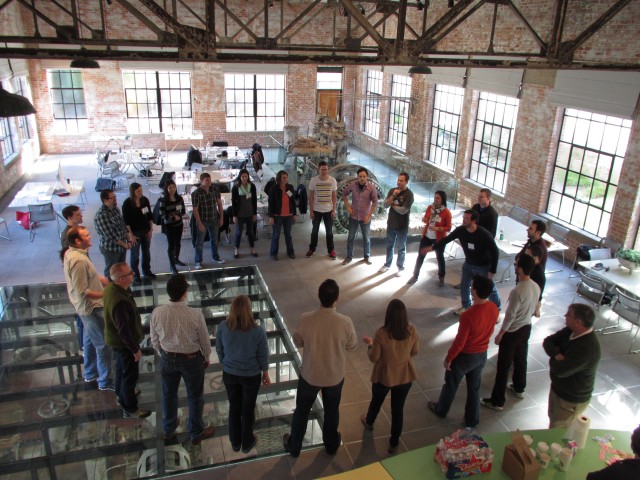 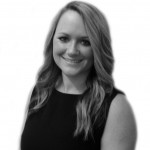 Ever wonder just what the Emerging Leaders do when they gather for their half day sessions?

This year's Emerging Leaders Class met for the first time on Friday evening at the DCFA for a small orientation and introduction to the program. This would also be the first time they would meet the one and only Dr. Pete DeLisle - "The Man." The man who would take them on a journey for the next 9 months, teaching them how to use their voice, have a voice, and be a leader. I would imagine after the ELP class left orientation, they had questions about what the heck they would be doing the next morning at their Kick-Off Retreat. Would they be gathering only to encounter 6 hours of lecturing and note taking? Would it be like college classes, sitting and listening for hours upon hours? Little did they know, they were in for a treat! It was a day of learning, filled with activities and discussions most of them had never had the privilege of experiencing. Because, let's face it, not often do learning and fun end up in the same sentence.

The class arrived at the Pump House bright and early on a Saturday morning, expecting breakfast and hot coffee to help wake them up to focus on a day of learning. Surprise! In typical architect fashion, the coffee and food was running a bit late. Fast forward 4.3 minutes and the coffee and hot breakfast burritos arrived. As the group stuffed their faces, they went around the room sharing interesting facts about themselves. Some were about dogs, babies, babies on the way, how they needed more sleep, how beautiful it was outside, how excited they were to be sharing their Saturday with a group of strangers etc.

For most of these individuals, it was the second time they had been in a room with these people...one would still call them strangers. Try and imagine yourself in their shoes and hold on to that feeling of uneasiness. Now imagine you are given your first task and the goal is to convey a sentence you just wrote down to the person beside you. There's only one problem—you are not allowed to speak to the person beside you. Now add another variable, the person you are trying to communicate with cannot see you. You can’t speak and they can’t see. How do you communicate effectively? How does this relate to work? How does this relate to relationships? Why does this matter? My personal favorite phase one classmate wrote was "this exercise makes me uncomfortable." Now imagine how the heck you are going to convey that message without speaking to your partner. Without giving it away, I'll let you view some images to see how our talented new class reacted. This was just one of the many lessons discussed on Saturday, January 18th, at the Emerging Leaders Class of 2014 Kick-off Retreat.

The day went on with discussions about the self. What’s known, hidden, blind, and unknown. Each topic was grandly illustrated with stories and situations that would help each class member understand what makes an effective leader, co-worker, and teammate. Each discussion led to a group activity, even something as simple as group juggling and hot potato, if you will. The tasks were, for the most part, straightforward, allowing each individual to observe their surroundings and uncover the reasons why people work together the way they do. It allowed them to understand how leadership develops naturally within a team.

Everything in life can be examined. Sometimes we tend to over think the simple answers and try to produce complicated judgments that only cause more worry and anxiety. Pete has a way of allowing the group to work together without distractions by carefully controlling the internal and external circumstances, which in turn allows each person to take a step back and observe/study the resulting behaviors. Juggling those tennis balls and developing a communication style led everyone to realize it’s much like juggling work. if you have an effective team and team leader, everything will flow as it should. Both the team and the company will be effective and efficient.

Halfway through the day, the group gathered as a large family would, and had lunch. Lunch was catered by Street Fooder (one of our favorites). The group was treated to the PHAT sandwich, a.k.a. Pretty Hot And Tasty – Texas toast piled high with chicken and slaw. Yum! By lunchtime you could tell the group was comfortable with one another and was ready to open up. The room was filled with chatter and stories about family, work, the previous class discussion, and so on.

As is routine, lunch ended and the group gathered to continue the conversation. Situational conversations began amongst the group. Feedback was given, and ideas and stories pinged back and forth from one person to the next. You could see and feel the camaraderie within the room. The class learned there is no such thing as constructive criticism, as this is an oxymoron. Instead we should learn to call it constructive feedback, and learn how to promote positive remarks and useful feedback.

As the day came to an end, the group discussed what they had learned that day and what they had hoped to gain from the class. By the time it was ready to depart for the day, it became to clear to all in the room that the activities and discussions had served many purposes beyond leadership and its associated skills. The entire day had transformed the group of strangers into a group of partners who were all beginning to trust one another and make friendships. It will definitely be an amazing adventure for this group over the next 9 months, with many great stories to come!