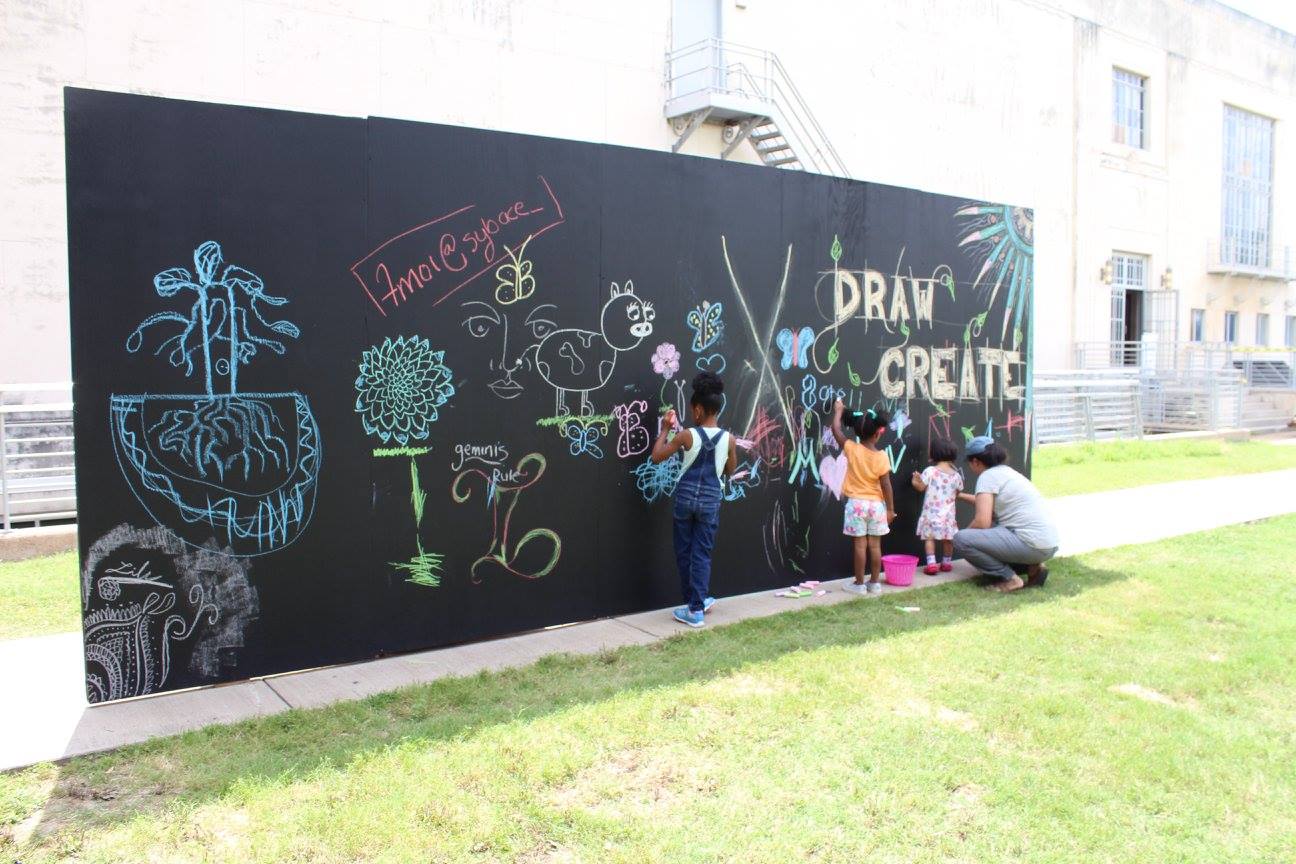 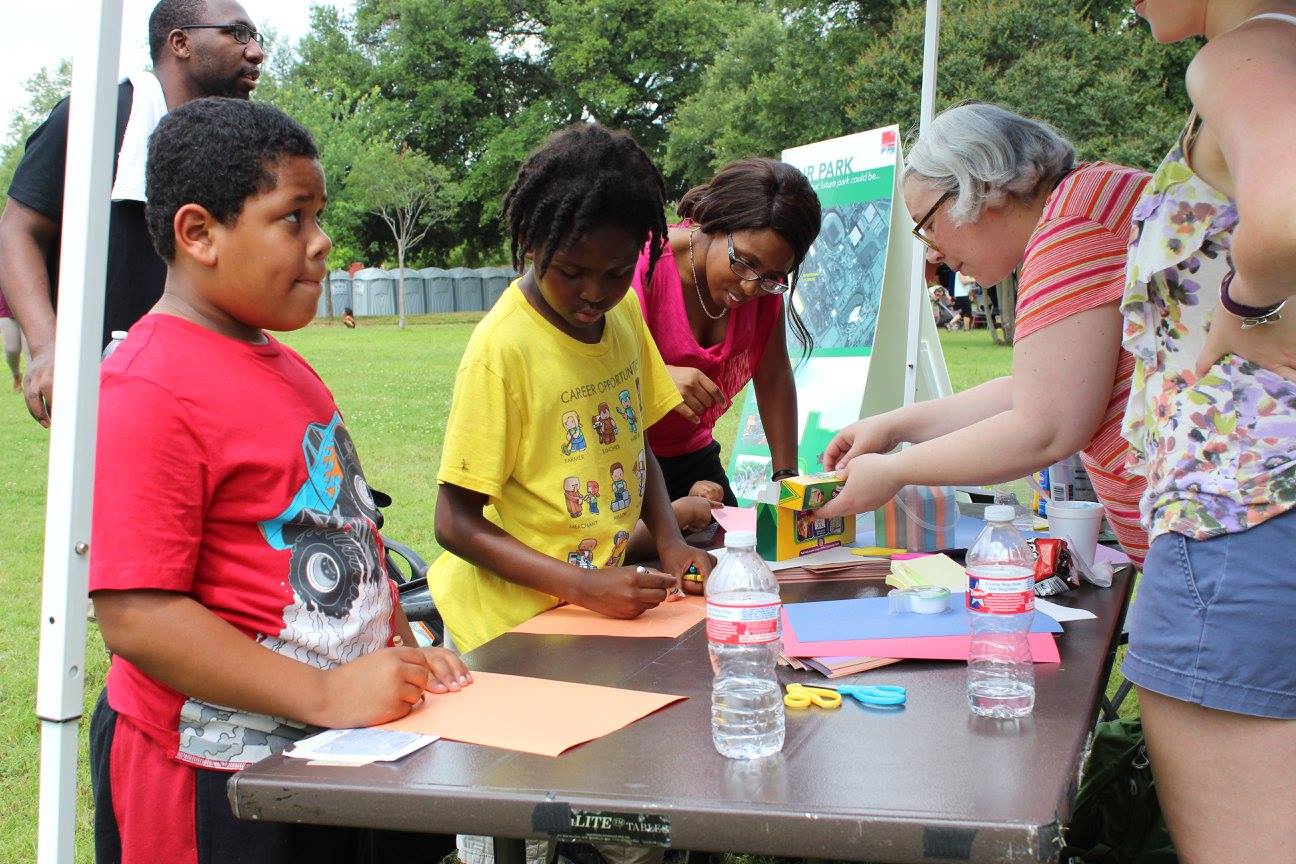 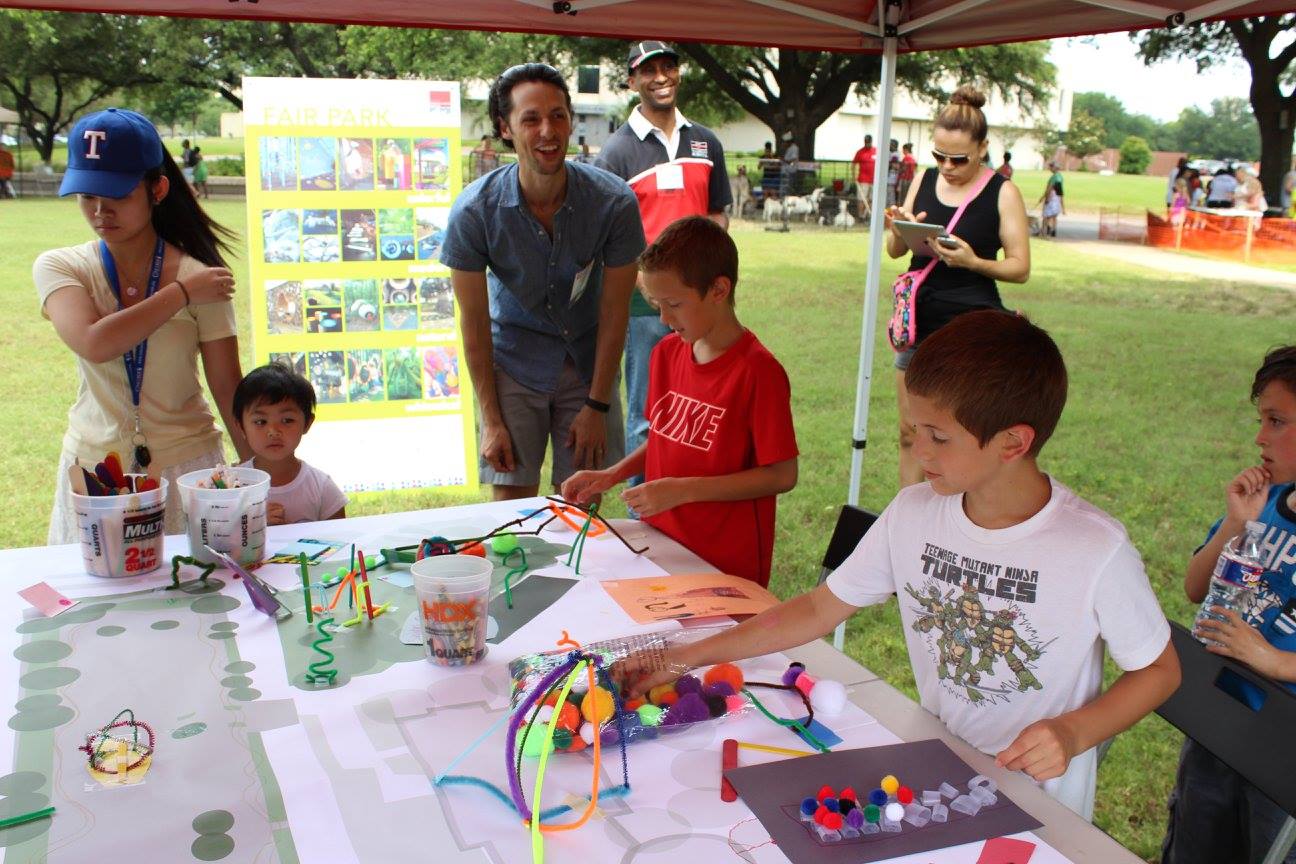 During (and surrounding) Fair Park’s 80th anniversary celebrations in June, the 2016 class of the AIA Dallas Emerging Leaders Program asked the community around Fair Park and in the wider Dallas area for input into what they would want to see at Fair Park. Children drew and modeled their ideas while adults completed an online survey. Two concerns that emerged are that Fair Park does not have enough play areas for children, and that the expansive hard surfaces at Fair Park that are unused a lot of the time make the park look bleak and feel disconnected from its neighbors and its surroundings.

As part of its annual project, the ELP designed and built a “Spark Park” to show how these two concerns could be resolved concurrently by turning hard surfaces into temporary play areas that could be removed when the spaces were required for parking or other event needs. The ELP worked with Fair Park management to set up the Spark Park at the Dallas Mayor's annual back-to-school event on August 5th, 2016, from 8 a.m. to 2 p.m. The location was the tree-lined pedestrian boulevard leading from the Parry Avenue DART station to the Esplanade Fountain.

At minimal cost, the ELP put together park elements using simple and makeshift materials, some of which ELP members fabricated. Play areas were marked off with duct tape and chalk. There was something for everyone: basketball; lawn games – bowling, cornhole, foursquare, hopscotch, checkers, and Jenga; an art space with face painting and crafts; a café with popcorn and popsicles; an urban garden that also displayed artwork; soccer; outdoor seating – kids’ chairs, logs, used tires; chalkboards for kids to draw on; and music to create the atmosphere.

The event was a great success, with dozens of children and adults playing, mingling, and lingering until the stations were dismantled. The ELP will document how the Spark Park was designed, built, and used in hopes that the event can be replicated and improved.